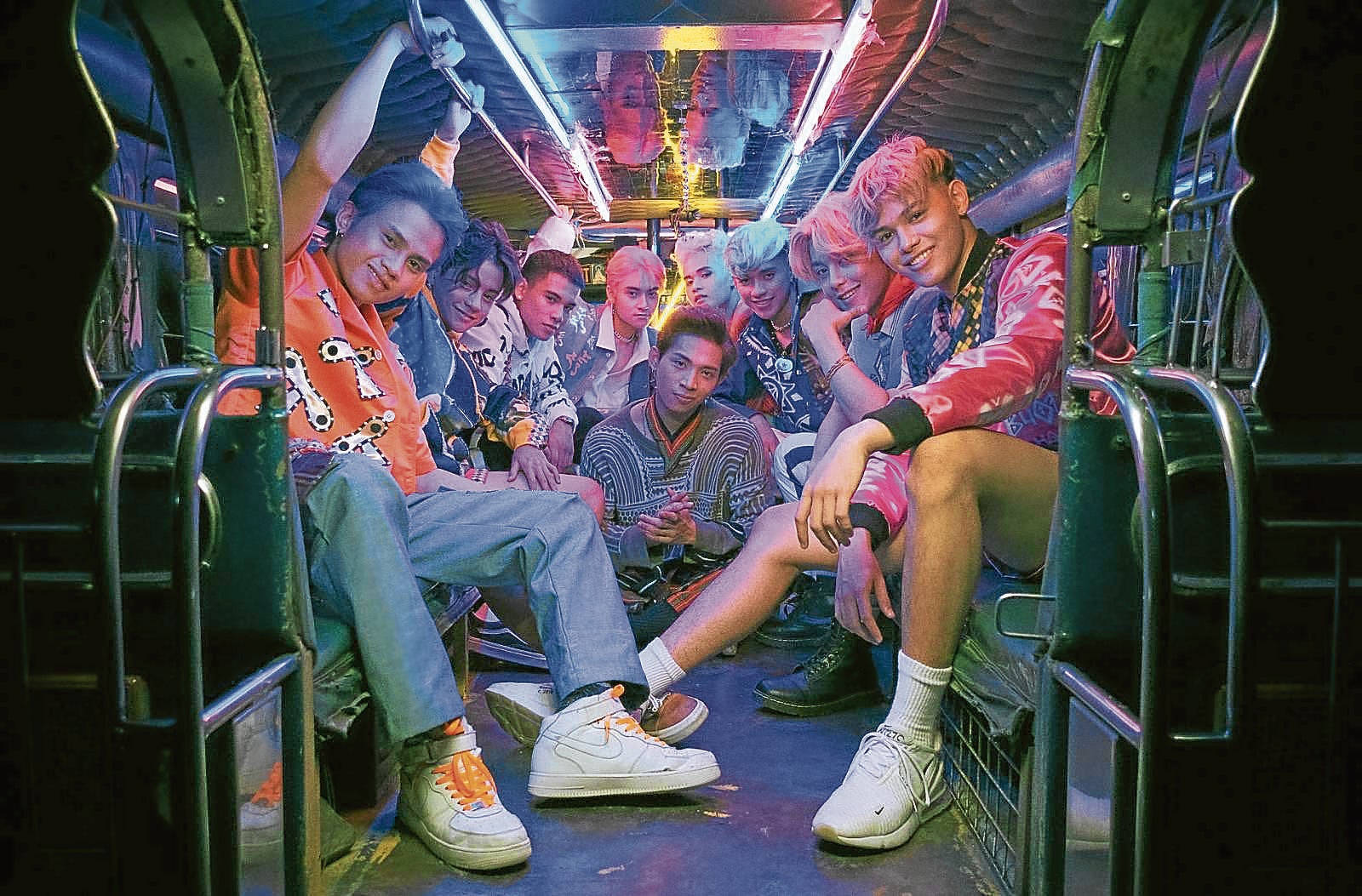 While the new boy band Alamat borrows visual and structural cues from Western and Korean pop, the experience it intends to offer is “uniquely Filipino”—one that’s firmly anchored on Philippine music and culture, both modern and traditional.

And that’s immediately apparent in the group’s self-written debut single, “kbye,” which has its nine members singing and rapping in seven Philippine languages. Its neon, high-octane music video, meanwhile, shows the members performing in costumes inspired by their respective regional garb.

“It would be nice to have everyone singing and dancing to our songs and, at the same time, make him or her fall in love with our culture and identity,” Taneo, main dancer and one of Alamat’s’ two leaders, said of “kbye,” whose lyrics are written in Tagalog, Ilocano, Waray-Waray, Bicolano, Kapampangan, Hiligaynon and Bisaya.

The Ilocano member, who hails from Kalinga province, added: “We want Filipinos around the world, from all walks of life, to love our own. We want to promote Filipino culture in everything we do … We want to showcase the diversity and uniqueness of the Philippines to the rest of the world.”

The band, managed by Viva and with creative direction from Ninuno Media, is a product of months of rigorous screenings and nationwide auditions.

Aside from singing and dancing talent, focus was also given to the aspirants’ proficiency and knowledge of their native tongue, because, from the get-go, Alamat had been envisioned as a multilingual group that will try to help normalize regional languages in mainstream pop. “Not everyone understands Korean, but we still appreciate their music and they were still able to promote their culture,” Valfer said. “So even though we sing in different languages, I believe that the beauty of culture will still shine through.”

The band name, on the other hand, was inspired by the word “alamat” and two of its main concepts.

“Legends are stories that communities tell their youth, either as a means to pass on cultural heritage or to spark their imagination. Second, to be a legend is to become a master, an idol,” Mo explained. “These two definitions adhere to our vision as Alamat—to be able to pass on what makes us Pinoy through music and to become masters in their field.”

The boys, whose ages range from 18 to 22, believe that there’s unity in diversity; that it’s unity over uniformity. “We learn a lot of new things from each other’s cultures, and the challenge is to make them cohesive,” Mo said. “I believe that our different backgrounds work to our advantage,” Taneo said.

“I knew from the very start that I have so much to gain from being with them,” Valfer related. “But despite our differences, our passion and vision bring us together.”

“It helps that we’re all very open to each other,” Jao added.

The nine young artists were introduced to each other last May 2020, and promptly set to work. Like K-pop groups, members of Alamat live together to foster camaraderie, and to facilitate the training. While all of them already have considerable experience in performing, they still had to—and continue to—undergo intensive programs in singing, dancing, physical fitness, as well as personality development.

“I’m more quiet than others and I used to be intimidated by them, because they’re all talented,” Jao admitted. “But I feel like I have improved a lot from all the training, jamming and bonding sessions we have had.”

“Misunderstandings can’t be avoided; they’re normal. We just have to continue to learn, adjust and be more understanding of one another,” Mo said.