Monsters in our midst 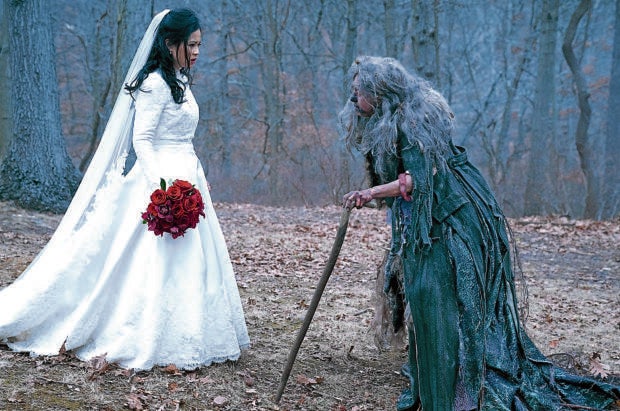 The horror drama anthology “Monsterland” (Wednesdays at 10 p.m. on FX) shows viewers how loss, loneliness, guilt and regret can bring out not just the monsters and fallen angels lurking in our midst, but also those that emanate from the deepest recesses of our minds.

With each of the eight stories set in a different present-day American city, protagonists deliver cross-country chills as they grapple with the dark and, at times, starkly conflicting realities that exist inside their heads.

That isn’t a disclaimer for fantasy, however. In fact, each episode of the show, created for television by Mary Laws, engages viewers with tales that bring its themes and issues closer to home.

While some viewers call it “contrived,” “pandering” or “convoluted,” critics describe it as an “absolute must-watch for horror fans” (Forbes) that “makes for some great horror TV” (RogerEbert.com).

While uneven at best, the show dares to go beyond cheap thrills and conventional jump scares. More than anything, its episodes are grounded in reality—like the story of Toni (Kaitlyn Dever in the pilot “Port Fourchon, Louisiana” episode last week), the jobless teenage single mother who’s torn between her love for her “unmanageable” special child and her desperate inability to take good care of her daughter and herself.

Toni’s life takes a creepier turn when she meets a supernatural being (Jonathan Tucker) who expresses his obsession with humanity by skinning each of his victims—all 18 of them—before he takes over their identities. 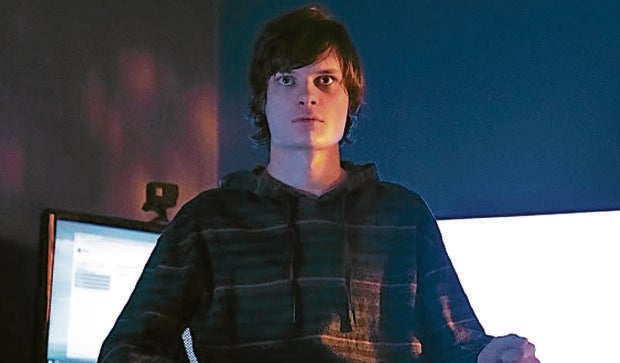 These interconnected tales allow us to see Toni throughout the entire season as her continuing journey intersects with other characters—like those in Episode 2 (“New Orleans, Louisiana”) and the season ender (“Newark, New Jersey”). Be that as it may, each story isn’t just a variation of the same theme, but is thematically distinct from the next. In “New Orleans, Louisiana,” the episode tackling child abuse and the culture of silence common among victims and their families, the issue is as real as the gut-wrenching tales we always read about in the papers. This one, in particular, is about young George (Christian and Sebastian Cote) who claims to have been pursued by a horn-playing monster with black scleras after he was separated from his mom Annie (Nicole Beharie) and his new stepfather, pediatric surgeon Dr. Joe Keller (Hamish Linklater), during the Mardi Gras in the French Quarter.

Before she met wealthy, attractive and supportive Joe, Annie was just a desperate single mom looking for a handout before she crossed paths with her too-good-to-be-true knight in shining and shimmering armor. 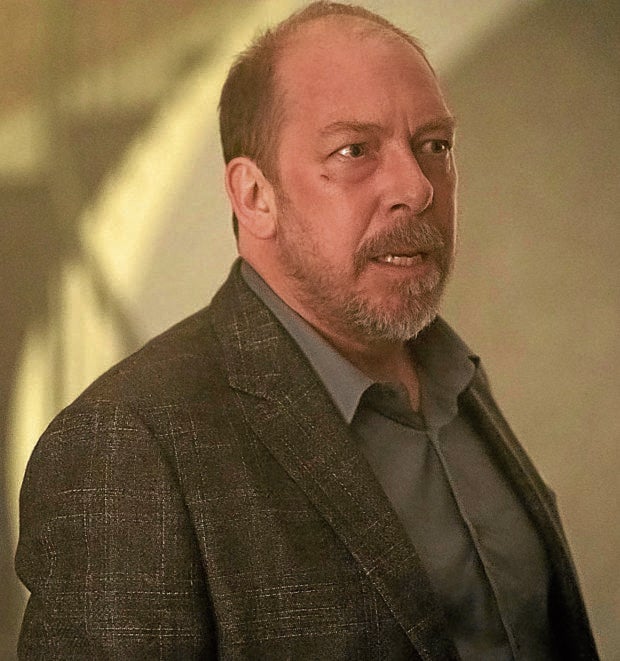 The creature in the third episode we saw, “Palacios, Texas,” isn’t the usual monster that goes bump in the night, but something that skulks around the ocean floor. Disfigured fisherman Sharko (Trieu Tran) thinks he has hit the jackpot after stumbling into a mermaid (Adria Arjona) after a massive oil spill. His life is turned upside down when jealous fishermen find out what lovestruck Sharko has been hiding in his bathtub and aquarium. But is she worth fighting for?

“Plainfield, Illinois,” about true love, depression and suicide, is as bizarre as it is poignant. It follows the do-or-die love story of lesbian couple, bipolar Kate (Taylor Schilling) and her sympathetic partner Shawn (Roberta Colindrez). 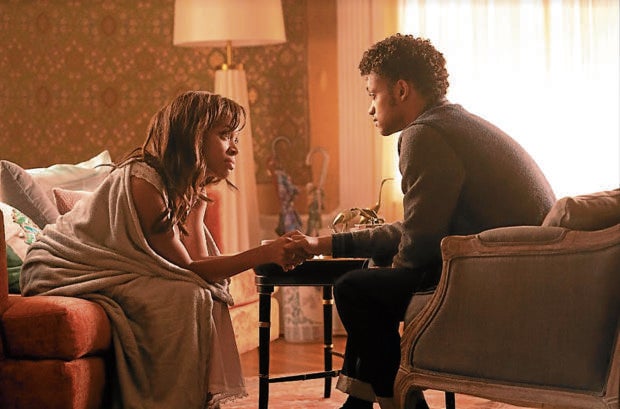 Their volatile relationship threatens to collapse under the weight of Kate’s mental instability—after all, her illness has become so severe that she even tried to kill herself thrice in just one year!

After 16 years of trying, Kate finally “succeeds” in killing herself, albeit accidentally. But Shawn’s abiding affection for Kate is further tested when the latter inexplicably and miraculously comes back to life! Just how unconditional is Shawn’s love for her sick—and recently dead—partner?

Fueling the strange story (“Eugene, Oregon”) of high school dropout Nick Smith (Charlie Tahar) is a shadow creature (Jake Casey) that lives in the corner of his room. With his troubles piling up like patients in a COVID ward, the teenager, who’s been forced to quit school to earn money for his ailing mother’s maintenance medicine, doesn’t need the odd distraction.

When Nick’s online friends convince him that the creature could be the source of his string of woes (“Shadow creatures sow darkness, violence, chaos and fear,” explains an overzealous pal), he then sets out to exterminate the creature. But, at what price? 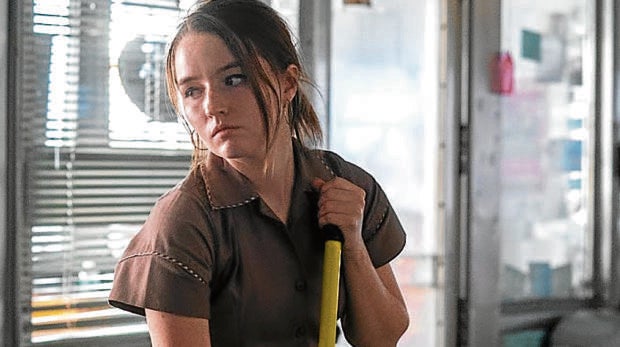 For its part, “Iron River, Michigan” tells the story of Lauren (Kelly Marie Tran), a shy and much-put-upon woman with zero self-esteem who finally gets to live her dream life 10 years after the mysterious disappearance of her popular best friend Elena (Joy Osmanski), who went missing after an ill-advised trip to the White Woods. When the sinister truth about what happened to Elena slowly unravels just before her trip to the altar, it also threatens to derail Lauren’s “happily ever after” wedding with her fiancé Peter (Henry Ayres-Brown), the hunky boyfriend Elena left behind.

In “New York, New York,” Bill Camp plays Stanley Price, the remorseless CEO of an energy company responsible for an ecological disaster, following a calamitous oil spill off the Gulf Coast. But after an attempt to evade culpability for the incident, Stanley finds himself stricken with an exorcism-worthy case of indigestion!

There’s as much regret as redemption in “Monsterland’s” soul-stirring season finale “Newark, New Jersey,” about a couple having difficulty coping with needless loss and grief. 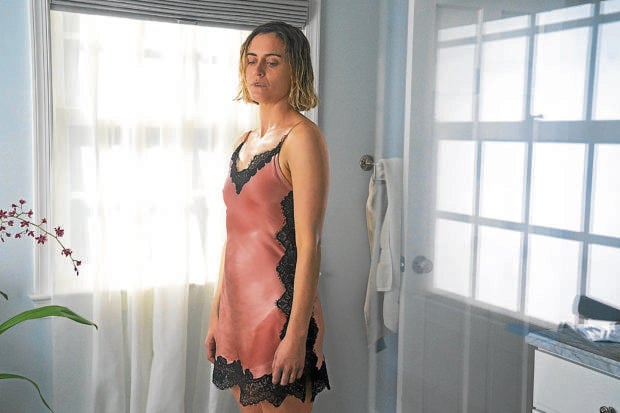 In the story, Brian (Mike Colter) and Amy (Adepero Oduye) desperately try to come to grips with guilt after the unfathomable disappearance of their daughter Tabitha, who was abducted after her kiddie ballet class 16 months ago.

But their unspeakable grief gets a temporary reprieve when they rescue and resuscitate back to life a mysterious being (V Nixie) that has “fallen from the sky.” It’s an act of kindness that yields a rare gift for a couple whose kindness and love for each other are bigger than their pain and weaknesses. INQ

Episode 2 of the eight-part horror anthology “Monsterland” launches at 10 p.m. on the FX channel (channel 237 on Cignal) on Wednesday.