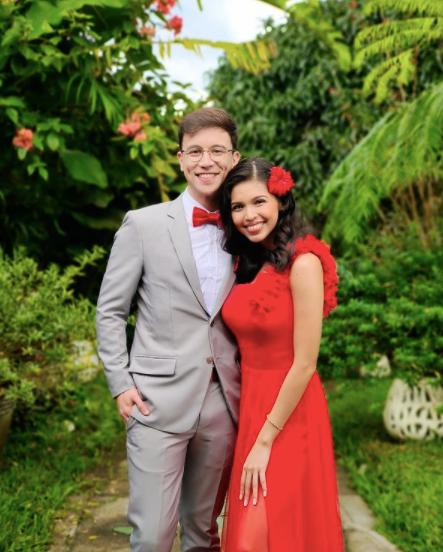 His appearance on the show comes in time for Mendoza’s 26th birthday on Wednesday, March 3.

A teaser of the special episode, where Mendoza’s character Stacy will be celebrating her birthday, was released on Wednesday, Feb. 24. Only the back of the actor’s head was seen in the video, but eagle-eyed fans quickly speculated that it was Atayde.

Though they belong to rival networks, the two express support for each other’s careers. When Atayde renewed his contract with ABS-CBN on Friday, Feb. 26, he was surprised with a video message from the Kapuso star.

“Hi, Bab! Ako lang ‘to, wag ka magulat (It’s just me, don’t be surprised),” she said during the contract signing, which was streamed online through Star Magic’s social media accounts.

“Congratulations on your eight years in Star Magic. I wish you more success in your career, more projects, more exciting roles,” she said.

“Please know that I’m always here for you, with you, and I’m always right behind you to give my 110% support in everything that you do and also to celebrate every milestone with you, like this one.”

“There’s so much in store for you, that I know for sure. Pero ngayon pa lang, sasabihin ko na sobrang proud ako sa ‘yo sa mga narating mo at sa mga mararating mo pa (As early as now, I want to say I am so proud of what you have achieved and what you will achieve),” she stated. “Just keep doing what you love. Iyon lang (That’s all), congratulations and love you.”

Atayde was visibly happy about it, smiling as he said, “Unexpected iyon, ah.” (That was unexpected.)

“Thank you, thank you. Obviously they allowed me to make Maine’s birthday special,” he said, getting emotional as he addressed the ABS-CBN executives present during the signing, which included president and CEO Carlo Katigbak. “Happy to be home.”

Mendoza and Atayde celebrated their second anniversary as a couple last December. JB