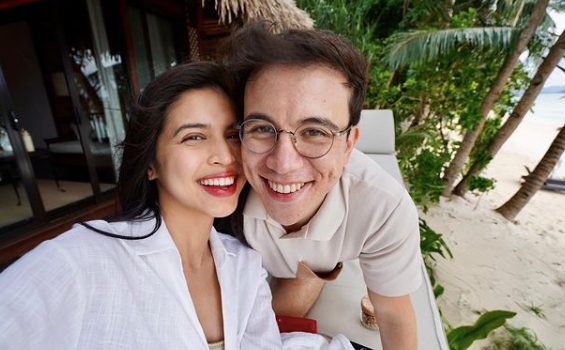 Just a few years ago, a then-teenaged Maine Mendoza called Arjo Atayde a “cutie” on Twitter. Fast forward to 2020 and the two stars are marking anniversaries together.

To mark their second year as a couple yesterday, Dec. 21, Mendoza took to Instagram to share a photo of her and Atayde simply captioned, “happy second.”

Although it was not disclosed if it was recently taken, the photo shows the two with smiles on their faces as they chilled at a beach.

Atayde likewise took to Instagram to mark their special day by sharing a wacky photo of them also at the beach.

“I love you more than you could possibly imagine. Happy 2nd Anniversary bubs!” the doting boyfriend said.

Mendoza and Atayde revealed that they were “exclusively dating” in January last year, back when speculations were being made about their relationship.

It is as if they were destined to be together: Mendoza made the famous “Arjo cutie” tweet back in 2013 — which has been dug out several times by fans, who claim that Mendoza “manifested” being Atayde’s lover.

The said tweet was made by Mendoza, who rose to fame over her Dubsmash videos, even before she officially became a part of GMA 7’s “Eat Bulaga.” She took on the persona of Yaya Dub back then and was partnered with actor Alden Richards, creating the famous Aldub tandem. NVG