‘Inosenteng isla lamang’: Paradis Island in Laguna assures there are no titans there 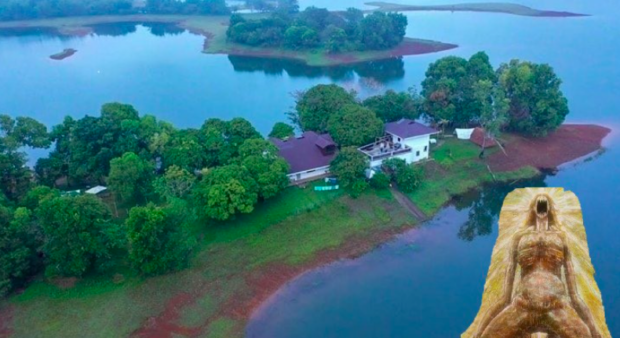 Paradis Island in Cavinti, Laguna, with a photo of the character Eren Yeager from the anime “Attack on Titan” edited into the picture (Image: Facebook/@paradisisland.ph)

An island in Laguna called Paradis has assured Filipinos that there are no titans residing there—and that they are especially not hiding the Founding Titan.

The private island joined in on the memes after netizens began jokingly connecting it to the hit Japanese manga and anime “Attack on Titan” (Shingeki no Kyojin in Japanese), where Paradis Island was the main setting of the first three seasons.

“Kami ay isang inosenteng isla lamang sa isang lake sa Laguna at walang kinalaman sa mga Titans (We are just an innocent island in one lake in Laguna that has nothing to do with titans),” it added.

With lots of anime lovers in the country, the post has since gone viral with around 6,500 reactions and approximately 3,300 shares on the platform as of this writing.

“Attack on Titan,” which is currently on its fourth and final season, follows the story of Eren Yeager (spelled Jaeger in the Funimation dub) as he tries to rid the world of titans while slowly learning the truth behind them.  /ra