Rising alt-pop artist Sarah Barrios is always on the lookout for music beyond the US shores. And in her quest to expand her musical horizons, she stumbled upon the Filipino band Ben&Ben, whose music immediately struck a chord with her.

“Their music sounded a lot like the kind of music I grew up listening to. That’s when I first got sucked into the Filipino music black hole,” she said in a video conference arranged by Sony Music Philippines. “I like their stuff and the fan base is incredible.”

Sarah covered one of the band’s most popular hits, “Doors,” which was enthusiastically received by her Filipino fans who make up a considerable chunk of her listeners on Spotify. “They were so supportive and suggested more songs,” she said.

The algorithm inevitably worked its wonders. And before long, Sarah was listening to various Filipino artists. “When you watch a bunch of things, it [the algorithm] starts to push more content from that specific area. And so it directed me to more Filipino content,” she said.

Sarah has been raring to collaborate with other female artists for the longest time. And after binge-watching Syd Hartha’s videos on YouTube, Sarah was convinced that they would make a good partnership. 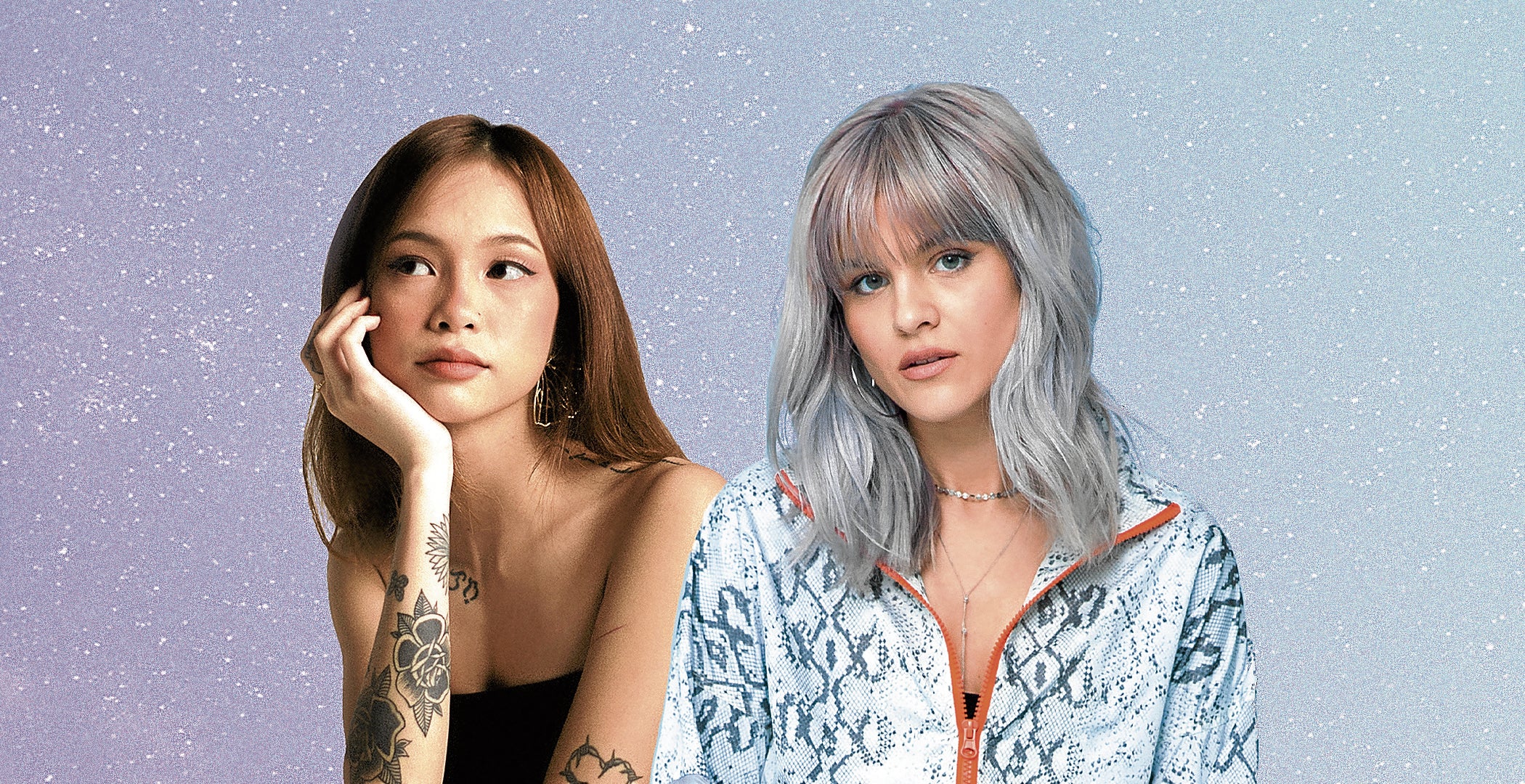 With Sony Music’s help, the two linked up and found themselves working on Sarah’s composition titled “All My Sins”—a dreamy, electro-pop jam, which she wrote amid the COVID-19 quarantine. Sarah sent the demo to Syd Hartha who, in turn, recorded and added her vocals to the track.

“I wanted to do a collaboration with another woman, because all of my previous collaborations had been with men,” said Sarah, who also recently released an EP titled “Conversations with Myself.”

“Her voice was so calming and yet so powerful … I just knew she would be the perfect person to help bring this song to life.”

It so happened that Syd Hartha was also keen on exploring other genres. And working with Sarah seemed the perfect chance to do so. “It’s really crazy for me because this was my first international collaboration. It’s overwhelming and I’m happy I was able to work with her. I’m grateful,” said the singer, who’s behind the hits “Tila Tala” and “Paruparo.”

“Everything went smoothly despite the pandemic and difference in time zones,” added Syd Hartha. 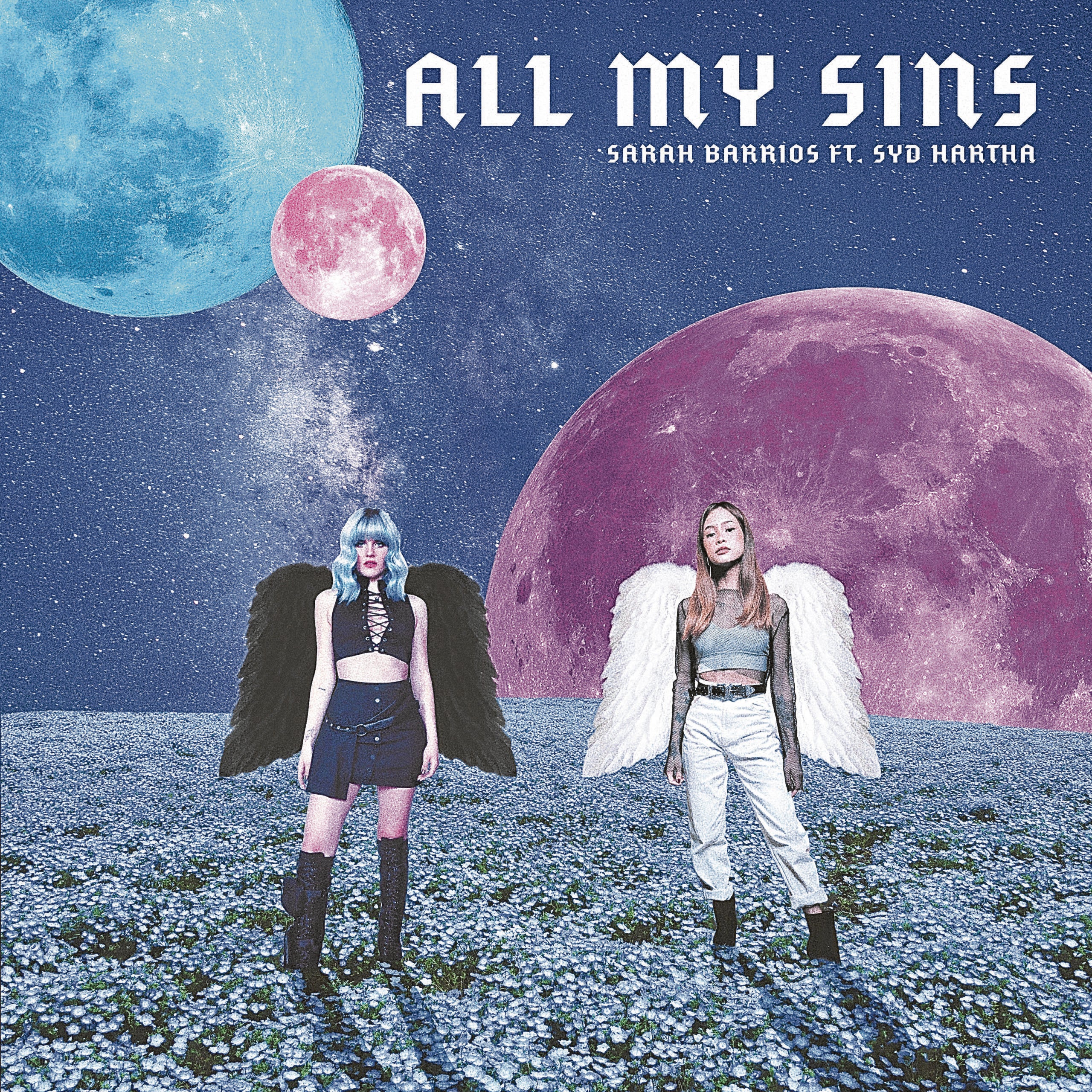 Excerpts from our interview with Sarah Barrios (SB) and Syd Hartha (SH):

Tell us more about “All My Sins.”

SB: I wrote with two, three other writers. And it’s about looking back at all the mistakes you made as a human being. It can be easy to blame yourself for all those and hold on to feelings, which make you wonder if you’re a bad person.

But no one’s perfect. It’s important to remember that your mistakes don’t make you—but how you react and handle them does. And we just wanted to capture that feeling of confusion.

Were you able to do a lot of reflecting during quarantine?

SB: Yes, good and bad. I think you have to have a balance. Thankfully I have this song to remind me, ‘Hey, you need to relax a little bit. You’re not horrible; you’re just a human being.’ And hopefully, my song helps other people remember that it’s OK to make mistakes.

SB: I knew I wanted to collaborate with another female artist. I know I have a small following in the Philippines, and they’re all really engaged on my social media platforms. So it just felt right to partner with someone from the Philippines … It’s really cool because I haven’t done one before.

After hearing Syd’s voice I felt she was the right fit to deliver the message of this song. I’m really happy.

SH: One of the reasons I accepted this project right away was because I found the song very relatable. And I’m sure others will feel the same.

I thought we had lots of things in common. Our songwriting … it’s really very personal and emotional. We’re vulnerable when it comes to that. I knew we were going to get along if we worked together.

What are your thoughts on Filipino music?

SB: It feels more vulnerable to me, from what I have heard. Like the American folk music I grew up with, I feel comforted by it (Filipino music). The natural instrumentations, the stacked vocals, the harmonies—I enjoy that. The songs feel emotional even if you don’t understand the language. And that’s my favorite kind of music. As long as you feel honesty … that’s special.

Did you enjoy doing a pop record?

SH: I enjoyed it a lot. I do folk-pop and I think that’s my comfort zone. But it feels so nice to step out of that and explore other genres. And definitely, I would do another pop song, given the chance. I’m open to exploring.

What’s music to you?

SH: It’s an emotional outlet. It’s a means to reach and connect with people I don’t know. I don’t make music only for myself. The songs become stories.

SB: It’s therapy for me on a personal level. It helps me get out of my feelings. It becomes a language in itself that reaches people all over the world. My songs are moments in my life that tell the story of my existence.

Read Next
Why Gretchen prefers to stay single during pandemic
EDITORS' PICK
Every Filipino home can now be a smart home with realme TechLife
PLDT Home Prepaid WiFi customers now under the care of Smart
Nestlé Philippines’ ‘NESCAFÉ Plan’ bags Grand Anvil at PRSP 56th Anvil Awards
Wesley So officially a US citizen
‘Pilgrim of peace’ Pope Francis heads to war-scarred Iraq
WHO: Arrival of vaccines in PH ‘a powerful step’ towards economic recovery, normalcy
MOST READ
Kris Aquino dispels rumors on son Josh getting married, thanks Ogie Diaz for defending him
LTO’s P500-M deal for screws draws scrutiny
Wesley So officially a US citizen
Ginebra trades Slaughter to NorthPort for Standhardinger
Don't miss out on the latest news and information.