The secret of ‘KathNiel’s’ long-lasting, ‘exciting’ relationship, lockdown aside

What would real-and reel-life couple Kathryn Bernardo and Daniel Padilla end up doing if they get stuck in one house as a result of the pandemic?

Kathryn and Daniel, collectively known as “KathNiel,” were asked that specific question because it is the theme of their digital series, Richard Arellano’s “The House Arrest of Us,” which is currently being streamed on Netflix.

Daniel said eating together was what kept their relationships with their respective families harmonious all these years. “I still have a lot to learn in terms of cooking, though,” said Kathryn. “Right now, I only know five dishes.”

The 24-year-old actress said she became interested in cooking “because I wanted to be able to take care of my parents better. I would often monitor what they eat at home. We should all be healthy in order to function at our best,” she explained.

Also in the digital comedy series, Kathryn and Daniel (as George and Koriks) are already engaged to be married, something that the couple claimed is still not part of their immediate plans. 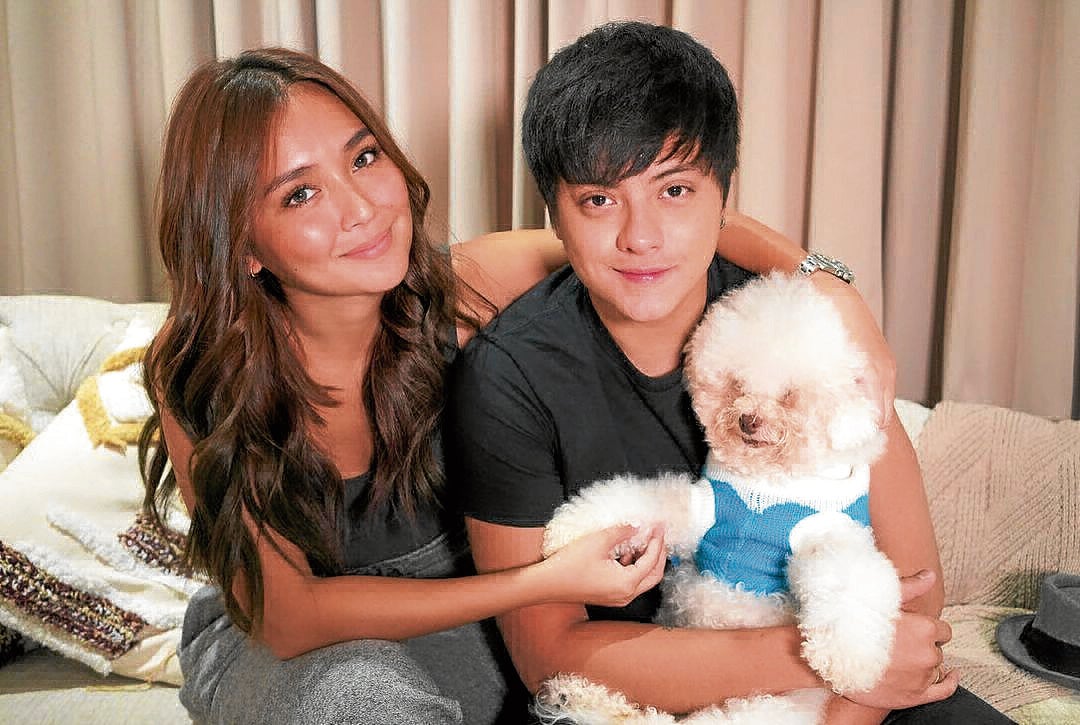 “Contrary to what people say, ours is not a perfect relationship. I am not [the] perfect [girlfriend]. We are both aware of our shortcomings; that’s what actually makes our partnership exciting,” Kathryn pointed out. “We make each other happy. We’re always supportive of each other’s plans, be it personal or career-wise. I think he’s the one. I can’t imagine my future without DJ (Daniel’s nickname).”

As for Daniel, he described Kathryn as someone who makes him “a better person.” He explained: “I’m often too childish and makulit for my own good. When I get derailed from my purpose, Kathryn helps put me back on track. She’s my guiding light.”

He added: “Marriage is no joke. Before you agree to it, you have to be complete as a person. You have to be ready because this will not just be about the two of you anymore, but also about both your families. Don’t get me wrong. I don’t see it as something negative. I actually find it to be an exciting idea.”