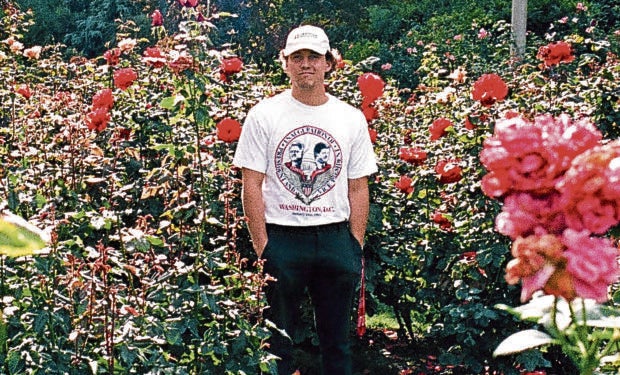 Hoping to brush off the disappointment of show cancellations due to COVID-19, Jack Rutter, the artist behind the indie solo project Ritt Momney, set to work. He wanted to be productive, but didn’t want to do something too heavy.

And so, he thought of covering Corinne Bailey Rae’s 2006 hit “Put Your Records On,” a song that reminds him of his mother, who used to always play it while driving around in their minivan. It was supposed to be just a “fun little release” in between his main projects. Little did he know that it would introduce him to a much wider audience.

His hip-hop and electro pop-tinged take on the song went viral on the video-sharing app TikTok and became his first ever entry to the Billboard Hot 100 chart. It made its way into the Top 10 of Australia and New Zealand charts and enjoyed considerable airplay here in the Philippines.

“I was super surprised to see it taking off on TikTok,” said Jack, who was supposed to go on tour as a front act for pop-rock artist Dayglow. “It has been the coolest thing ever to see people from other countries enjoying it.”

While he used lo-fi production and put his own spin on the song, it’s important to note, the 21-year-old singer-songwriter said, that the credit should still go to Corinne and her team. “I didn’t change it much… It’s important to remember that what makes it good is the songwriting Corinne and her cowriters did on the track,” he said.

Now, Jack is sustaining the momentum with his new single, “Not Around,” which he wrote and produced with Dayglow. The American recording artist is also working on his sophomore album—a followup to his debut, “Her and All of My Friends”—which he hopes to put out this year.

What is it that you love about “Put Your Records On”?

It’s one of those songs that I have always known for as long as I can remember… It reminds me of my mother, driving around in our minivan with my family or friends … going to soccer practice—memories like that. And when I heard the song again after a long while, I rediscovered just how good it is, and I felt like it was something I needed then.

You had a Zoom chat with Corinne last year. Did you talk about potentially collaborating?

Did you feel pressured about having to replicate the success of your cover?

That was really something anxiety-inducing in the first little while it started doing well. I was working on other stuff that time, then I found myself changing it to fit the cover more.

Then, I realized that it wasn’t fun; that I have to do what I want to do and go with what comes intuitively. The times when I tried to manufacture something always resulted in some of my worst music.

Was the quarantine helpful to your songwriting?

At first, I thought it was an awesome time to be a musician. I would get to work all the time and there would be nothing else to bother me. But later on—and this is something I have discussed with other musicians—I realized that it was hard to write.

You need inspiration somewhere. If you’re sitting inside the house all day, every day, it’s hard to find something to write about. When you’re not interacting with other people, it can be hard to pull a song out of thin air.

But I have been productive lately, and a lot of my writing now is more focused on myself and what’s going on in my head—not relationships I have with other people. Maybe that has something to do with being alone a lot of the time.

When did you first realize that you wanted to do this for a living?

In ninth grade, I got my first music production software. I was messing around with it and just loved doing it. At that point, it felt like I wanted to do this as much as I can, take it as far as I can. It seemed unrealistic that I could make a career out of it at the time, but I just loved doing it.

Ritt Momney was a full band at first. Were your former groupmates OK with you continuing solo?

Almost all of my former bandmates are Mormon. So, after we graduated from high school, all of them went to missions for two years. But since I had already been writing the songs and doing most of the stuff for the band, they were all cool with me going solo while they were gone. And they were working on their own stuff, too.

I had always been making music for myself, not just under the Ritt Momney name. I used to find collaboration hard because I care so much about making something sound exactly how I hear it in my head. But collaboration is something really good, and I’m learning to enjoy it again.

So how does it feel having listeners from all the way here in the Philippines?

To be in this position now is the luckiest thing ever. I’m excited to keep going at it. It feels surreal though. I feel like if someone told me that, ‘We love your music in the Philippines’… I’m not going to be able to fully process that people faraway are enjoying the music.

I went on a tour in 2019 in the US, and it’s so cool to be able to go to these different places, see different cultures and get paid to do it. Going on tour is my favorite experience. I’m sure it will be super awesome to that internationally… Maybe there in the Philippines in a few years or so. INQ