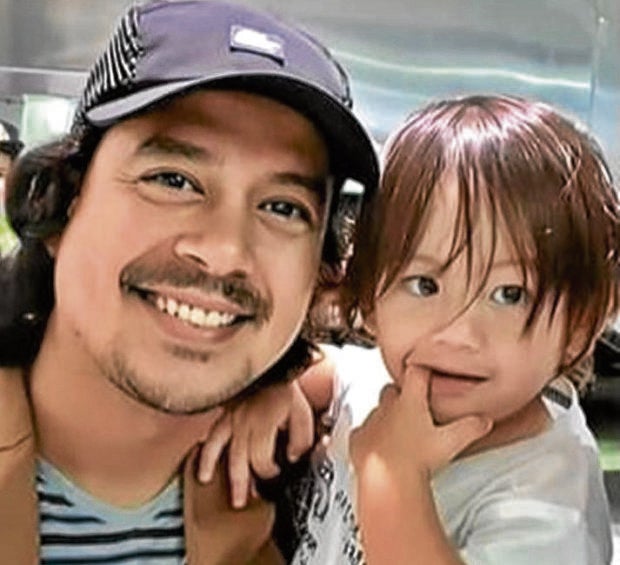 Controversial actor John Lloyd Cruz described his almost-four-year sabbatical from mainstream show biz as a “necessary pause.” He also said that his absence did not mean he actually stopped working.

The 37-year-old actor likewise said his being a father to actress Ellen Adarna’s son, Elias, felt like he was “given a new life.”

The elusive actor recently agreed to an interview with Rachel Arenas, chair of the Movie and Television Review and Classification Board for the agency’s weekly online talk show titled “Uncut,” which streams every Friday afternoon on the MTRCB Facebook and YouTube channels.

While Arenas did not ask about Cruz and Adarna’s estranged relationship, which undoubtedly prompted his decision to take a leave of absence in 2017 from his being a contract artist of ABS-CBN, the MTRCB chair managed to make Cruz talk about his aspirations for Elias.

“My biggest dream for him? For me, this is already big, but I’m sure his dreams will be so much bigger: I want him to be able to fulfill what his heart desires. If he wants to become an astronaut or simply a tambay (loiterer), I will support him. I guess that’s the only thing you can wish for your son or for anyone—that he would be able to do what he wants.”

Cruz also stressed that even though he was “not physically present,” he still felt he was working. The actor did not elaborate, but this could mean the film he shot for multiawarded indie filmmaker Lav Diaz titled “Servando Magdamag,” from a short story by Ricky Lee; or this could also mean the much-talked-about commercial he did for a shawarma brand; or his cameo in Alvin Yapan’s period drama “Culion,” also from a script by Lee.

These days, John Lloyd is part of the creative team working on a sitcom under Brightlight Productions for TV5 that was supposed to air last December, but problems in casting delayed its production.

“It had been a very necessary pause. It all boils down to what I’ve learned while I was doing things I needed to do in order to fulfill my responsibilities and obligations in life. In the end, it still felt like work,” Cruz explained.

“To be honest, how could you say ‘no’ to an opportunity to be with people like Lav Diaz and Ricky Lee?” said Cruz when asked what made him agree to star in “Servando Magdamag.”

“Apart from the privilege to work with them, before I agree to a project, I would always ask for the script, or in the case of ‘Servando Magdamag,’ it was in the form of a short story by Sir Ricky. It was a difficult read in the beginning, but later I realized that I just couldn’t put it down. I read the screenplay shortly after, and I must say that it’s the best one I’ve ever read in my life,” he declared.

As an actor, Cruz said he has nothing more to ask for. He has portrayed numerous roles that challenged him. However, he claimed to still have a long list of people he wanted to collaborate with, “especially when I heard from a friend who has long been totally immersed in film and music about the potential of a lot of young artists we have today. This actually excites me. I don’t want to miss the chance [to be able to collaborate with them].” 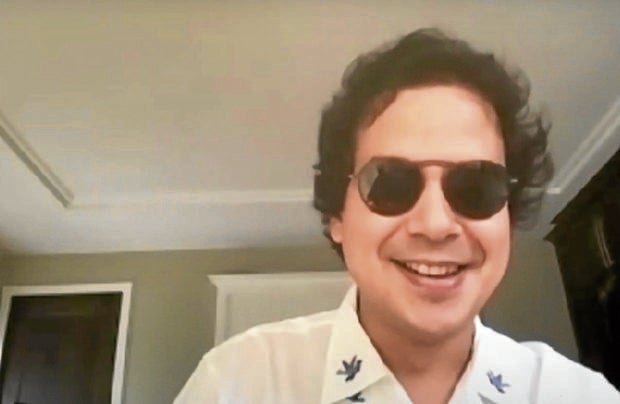 Regrets? Cruz has none. “There isn’t any, only lessons learned,” he stressed.

As to his plan of going back to the “usual grind” and giving his time to show biz 100 percent, Cruz replied: “What is ‘usual’? What is ‘100 percent’? The answer to these varies, especially since we are in a pandemic. I consider now as the perfect period to learn. The things that did not work for me before, I want to be able to correct now that I am given another chance,” he began.

“I want to know what else I should improve on, especially in terms of management. Whatever the outcome would be, that’s my 100 percent,” he added. “Although we have to admit that during these difficult times, we encounter a different set of challenges. For example, we are trying to put up a sitcom, but we find it difficult to finish casting. That’s the same problem I’ve experienced while trying to put up a film. We’ve long been in the planning stage. It’s taking a while for us to begin actual work.”

Cruz turned metaphorical when asked how he felt about his home network ABS-CBN’s failed bid to have its franchise renewed. “I was surprised with what happened. I questioned why it happened during such a difficult time. My surprise led me to more questions. As I tried to answer them, I finally saw the bigger picture,” Cruz said. “I realized that [the issue] is not merely one-dimensional. We need to understand that this is how the world revolves these days.”

As the interview drew to a close, Cruz was asked to share his aspirations for the local entertainment industry. To this, he said: “I felt that [in my absence] so much time has passed, like one generation has passed. Don’t get me wrong, I will not exchange what I’ve experienced ‘out of cinema’ for anything. Hindi siya matatawaran. I wish that what I went through would also be experienced by others.”

Cruz explained further: “Having said that, I see that there’s still so much that we need to improve on, especially in terms of how we protect the people, particularly the staff and crew, we work with in this industry. I wish we could find industry leaders who truly care for us; those who will collaborate with the government in order to come up with laws that would protect the TV and movie industries.” INQ