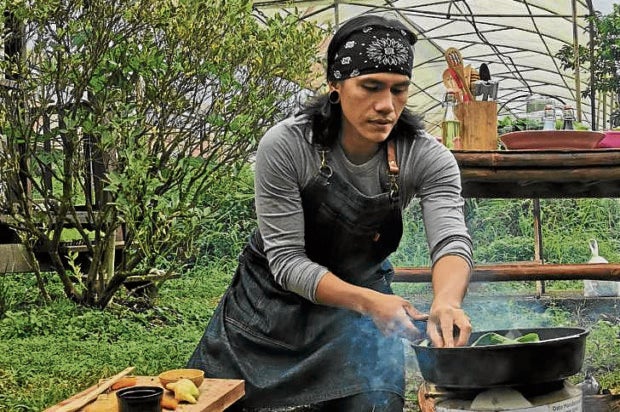 With the recent surge in prices of produce, the idea of growing one’s own food has seemingly become more attractive to people who want to save money, but still eat well.

This is one of the goals of GMA News TV’s new cooking show, “Farm to Table,” which will have “MasterChef Pinoy Edition” winner JR Royol giving viewers a peek into how their favorite meals are prepared, from growing and harvesting the ingredients to cooking and plating them.

“It’s the foundation of the show … to spread the planting culture. The more people we encourage and inspire to start tilling soil and planting, the better,” he told the Inquirer in a recent virtual conference for the said program, which airs every Saturday at 6:15 p.m.

While eating delicious dishes is the end goal, the process can be just as fulfilling, JR said, and he hopes to share that feeling with the audience.

“The fulfillment you get from the whole journey is something words can’t describe properly. Eating good and healthy food can make us happy. Eating is the final step, but watering the plants and protecting them, and then bringing them to the table is also an amazing process. And it’s a feeling I want to spread,” he said.

Growing his own food has always been an integral part of JR’s life, because it quite literally sustained him and his family during their financial difficulties.

“My dad lost employment as an overseas worker in the early 2000s. We didn’t have income so we decided to move to La Union, where he initiated farming. We were able to survive because of that. We weathered our darkest days, financially, by planting our own vegetables,” he recalled.

“My mother was also into planting as early as the 1980s. The process is something I intimately connect with,” added JR, who worked as executive chef for various hotels—including a popular one in Tagaytay—after winning “MasterChef” in 2013.JR, whose winning and signature dishes draw inspiration from his Igorot and Bicolano heritage, will visit various farms around the country; source locally produced ingredients from rural communities; and prepare food according to the ways of the locals.

In a way, “Farm to Table’s” concept mimic the sort of “nomadic life” he and his family had. “My Bicolano and Igorot roots laid the foundation for my culinary career … But I also wouldn’t be in this position if our family didn’t have to move from one place to another,” JR, a former underground rock band vocalist, related.

“I thought it was disadvantageous at first. After our house in Benguet was burned down in 1989, we moved to Batangas, then to Oriental Mindoro, to Las Piñas, to Cavite, to La Union. Such experiences exposed me to different cuisines, and helped lead me to this job,” said JR, who has served celebrities and foreign dignitaries from Japan and Myanmar in his career.

Not a few celebrities have also been getting into farming. It would be great, JR said, if he can have them on the show. “Sky’s the limit. We have no categories as to who we should invite. I would love to work with celebrities and share their best practices with viewers,” he said. INQ