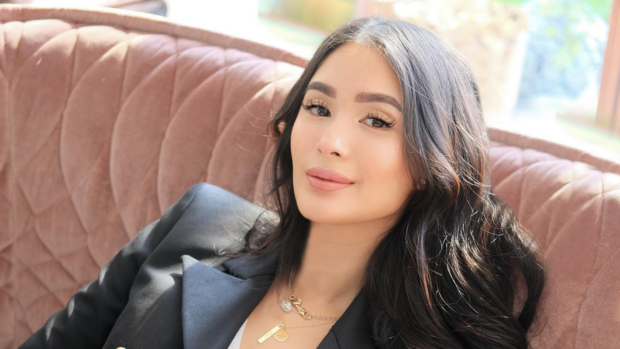 Known for her taste in luxury and high fashion, it is difficult to imagine Heart Evangelista once faced financial struggles in her life.

The actress looked back on the challenges she went through when she decided to live independently, as seen in a vlog on Dr. Aivee Aguilar-Teo’s YouTube channel Aivee Day on Sunday, Feb. 14.

Evangelista recalled taking on the lead role in the 2007 teleserye “Hiram na Mukha,” but this required prosthetics.

“It was the hardest thing I’ve ever done,” she said, noting that it was hard to breathe in the prosthetics. “I had to keep the prosthetics until 3 a.m. the next day.”

“My mom (Cecilia Ongpauco) really wanted me to suffer so I [would] go back to her. So talagang (it was really) from all the comfort to nothing,” she added.

At one point, her assistant Ate Resty had to pay for her food at a restaurant because she had no money.

“P30 lang ang laman ng ATM ko so wala akong pang-dinner (I only had P30 in my ATM [account] so I could not pay for dinner),” she revealed.

Evangelista said she had to adjust to a simpler lifestyle while she was broke.

The rift with her parents would go on for years, and it became more public when she got into a relationship with politician Chiz Escudero. It came to the point that her parents refused to attend their wedding in February 2015. She and her parents reconciled months after the union. Niña V. Guno /ra