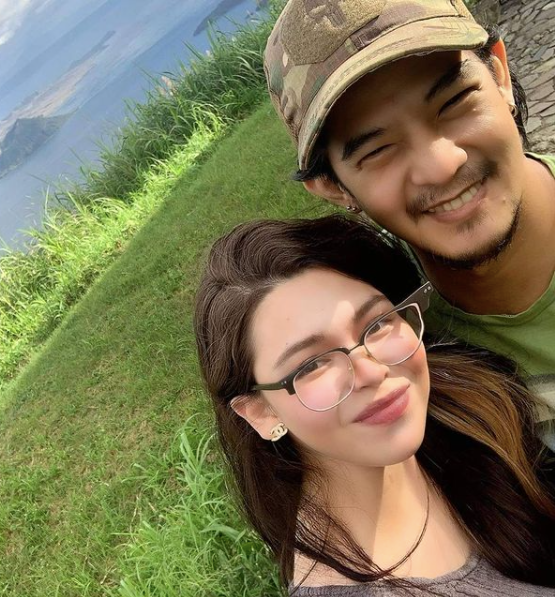 Actors Romnick Sarmenta and Barbara Ruaro welcomed their newborn baby over the weekend.

Sarmenta confirmed the birth of his first child with Ruaro yesterday, Feb. 14 on Instagram Stories. 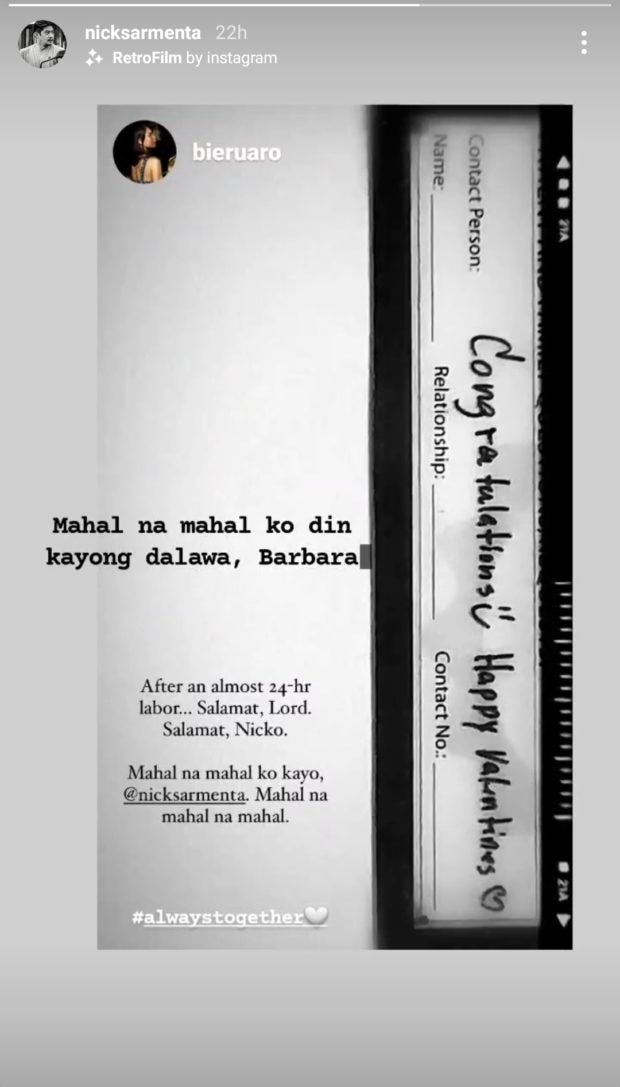 He shared Ruaro’s Instagram Story where she stated, “After an almost 24-hr labor… Salamat (Thank you), Lord. Salamat, Nicko.”

“Mahal na mahal ko din kayong dalawa, Barbara,” Sarmenta said in response. (I love you both so much too, Barbara.)

The actor has five children with ex-wife, actress Harlene Bautista, whom he parted with in 2018 after 19 years of marriage. His child with Ruaro is his sixth child.

Sarmenta and Ruaro announced that they were expecting a baby in October, months after he teased his relationship with the indie actress in June on Instagram.

Ruaro was previously in a relationship with Eraserheads’ Marcus Adoro, whom she accused of abuse in 2019. JB