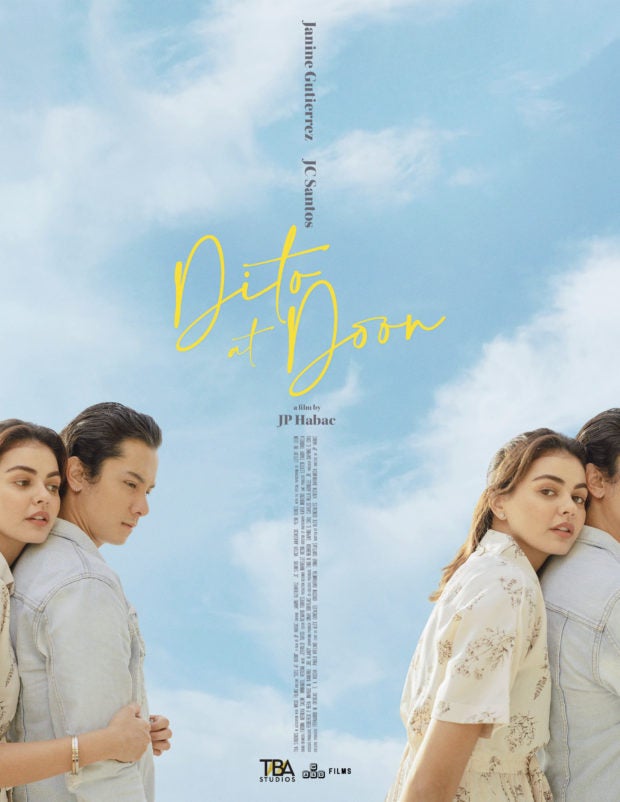 JP Habac’s “Dito at Doon” (Here and There) starring Janine Gutierrez and JC Santos is set to have its world premiere at this year’s Osaka Asian Film Festival.

“Dito at Doon” will be shown on March 5 to 14 at the said film fest, Gutierrez announced on Instagram last Wednesday, Feb. 10.

“Before we show this film here in the Philippines, TBA Studios’ #DitoAtDoon (Here and There) will have its world premiere at the 大阪アジアン映画祭 Osaka Asian Film Festival 2021,” she said.

“Soooo happy about the news!! I wiiiish we could be there to attend but just very grateful that we got in at wala nang mas makapagpapasaya sakin kundi ang mapanood niyo ang aming pelikula (and nothing will make me happier other than you watching our film),” Gutierrez emphasized.

The film is participating under the New Action! Southeast Asia Section, according to the announcement.

(We will have our premiere over there in Japan on March 5, then have it released here in the Philippines on March 17.)

Produced by TBA Studios, “Dito at Doon” tells the story of Len (Gutierrez) and Cabs (Santos) as they slowly form a relationship through phone and video calls and chats, as seen in the trailer released on Jan. 19.  /ra