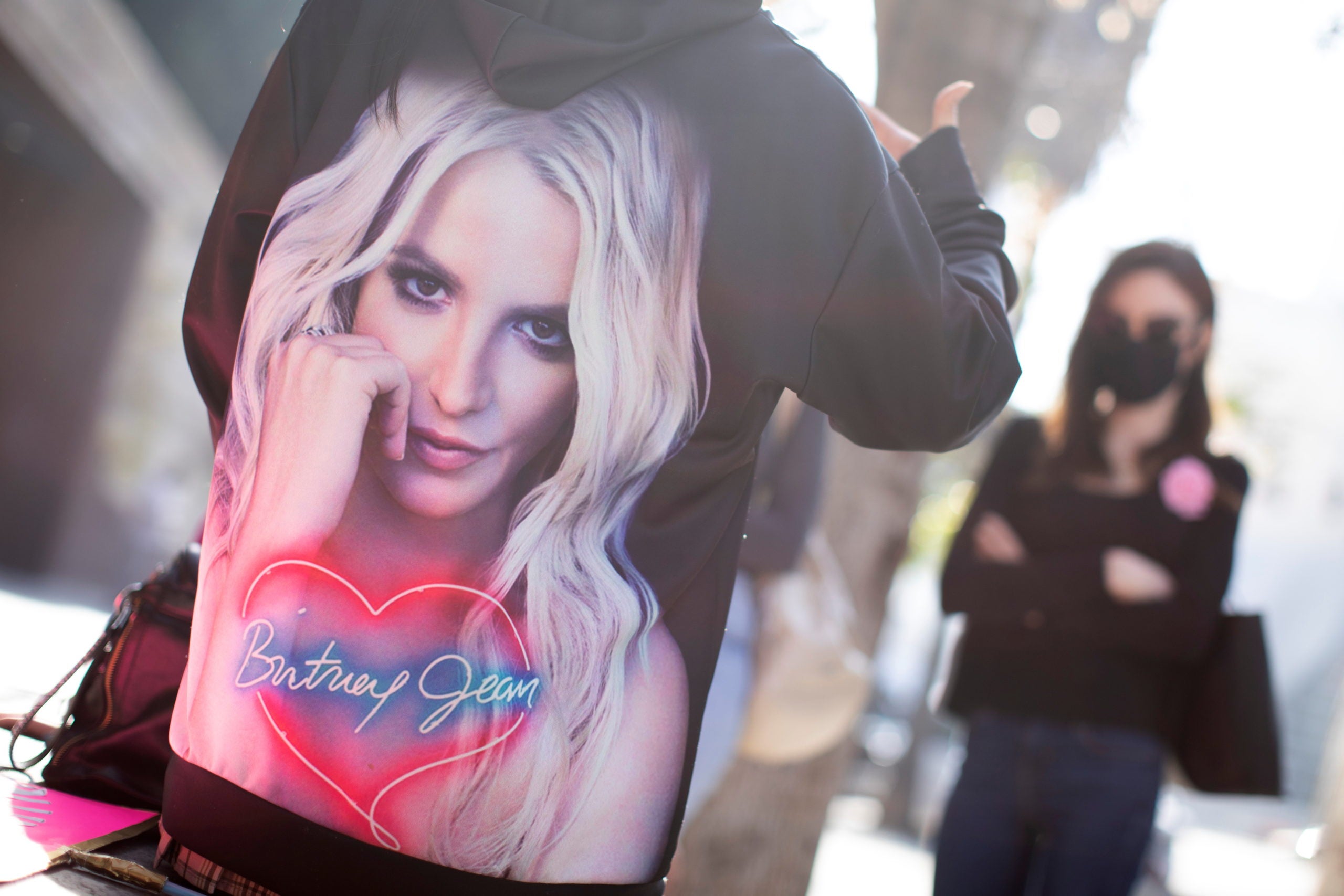 Supporters of singer Britney Spears gather outside a courthouse as a judge hears the singer’s temporary conservatorship case during the outbreak of the coronavirus disease (COVID-19) in Los Angeles, California, U.S., February 11, 2021. REUTERS/Mike Blake

LOS ANGELES  – The Britney Spears legal case was back in court on Thursday with little progress on the increasingly controversial issue of how much longer the pop star will have her personal and business affairs controlled by other people.

Los Angeles Superior Court judge Brenda Penny said the singer’s father and a newly-appointed financial trust company must work together to develop an investment plan that will benefit Spears.

Spears has made clear in the past year that she no longer wants her father Jamie involved in her affairs, but the judge in December extended his conservatorship until September 2021.

Jamie Spears was appointed conservator in 2008 after the singer was hospitalized for psychiatric treatment.

Thursday’s hearing, which Spears did not attend in person, followed the broadcast of a television documentary last week that brought new scrutiny to the case and to the widely-publicized breakdown of the former teen phenomenon.

On social media, fans and celebrities have been expressing support for Spears, now 39, with the hashtags #We’reSorryBritney and #FreeBritney.

Glamour magazine on Monday issued an apology, saying “We are all to blame for what happened to Britney Spears – we may not have caused her downfall, but we funded it.”

Spears later revived her career but she pulled out of a Las Vegas concert residency in 2019 and briefly entered a mental health facility.

Outside the courthouse on Thursday, a handful of fans from the small but vocal #FreeBritney campaign called for the conservatorship to end.

Supporters of the campaign believe Spears is being kept prisoner and that she is sending cryptic signals begging to be freed through her social media accounts, which usually consist of selfies or her dancing at home.