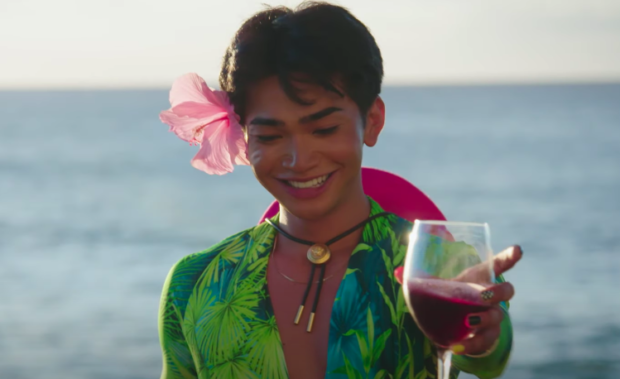 As his online presence continues to grow, Filipino-American internet star Bretman Rock is giving fans a closer glimpse of his life as he stars in his own reality show.

Bretman, currently the focus of “MTV’s Following,” introduced his friends and family on its first episode while showing the world his Fil-Am lifestyle in Hawaii.

The episode, which aired earlier today, Feb. 9, shows the 22-year-old star, joined by his cousin-assistant Miss Kay and best friend Larry, temporarily moving into a beach house while he waits for the renovations on his dream mansion to be finished.

On how she became Bretman’s assistant, Miss Kay shares, “Basically, just me traveling around the world with him and I noticed my bank account was going negative.”

“And I’m just like, ‘Bret, next time you want me to come, you gotta pay me,'” she said—and so it happened.

“Girl, being Bretman’s assistant is just not running errands; you gotta be a security, a flight attendant, you got to be a plumber, dog-walker, cat-whisperer, girl, everything — like everything,” Miss Kay added.

Larry, meanwhile, has been with Bretman since their elementary school days.

“Don’t tell him I said this, but I’m so proud of him as a best friend, to see him as a successful-*ss b*tch,” Larry said.

“I’m not friends with Bret because of his money. I was friends with him when he was still broke, but moving into this beach house got me so excited,” he added.

The episode also features Bretman and his friends go horseback riding, thanks to Larry’s idea, as the latter admitted having missed doing outdoor activities with the influencer.

To top the episode off, Bretman cooked Filipino-style spaghetti – sweet and filled with hotdogs – and the Ilocano dish igado for his family and friends, hoping to impress his Mama Mercy.

Bretman’s efforts did not go to waste as his mom actually enjoyed the spaghetti, noting that it was the “same with the one I cook,” much to her son’s delight. Bretman, however, could still work on his igado.

While the episode is full of the internet star’s witty remarks and having a light and fun aura overall, fans admittedly turned emotional as Bretman’s mom shared her story on raising three kids alone.

Recalling that she started off by selling vegetables back then, Mama Mercy said in Ilocano, “I progressed. That’s why God gave me a good life. Because I suffered and endured for my kids.”

“I wake up 3 o’clock in the morning. When I wake, they’re still sleeping. When I come back home, they’re [already] sleeping. You remember that, anak ko (my child)?” Mama Mercy said as she began to cry. “I am alone taking care of them.”

Bretman then admitted to fans that he could not imagine being away from his mother.

“If my mom moves, it goes beyond her cooking, her laundry, it’s everything that she does for me. I would have to take a flight to talk to her and hug her,” Bretman said, referring to her mother’s plan to return to the Philippines.

“I haven’t been away from my mom since I moved to Hawaii, so, it’s hard for me to imagine what my life would be like without my mom being an arm’s reach away,” he added.

Bretman, who was born in the Philippines, has been living in Hawaii for the past 13 years. He rose to fame by doing makeup tutorials and vlogs on YouTube six years ago and now boasts around 8 million subscribers on the said platform and around 15 million followers on Instagram.  /ra

WATCH: Andi Eigenmann chooses to be ‘positive’ in dealing with postpartum depression