Blackpink breaks 1.2b views with 'Kill This Love' | Inquirer Entertainment

Blackpink breaks 1.2b views with ‘Kill This Love’ 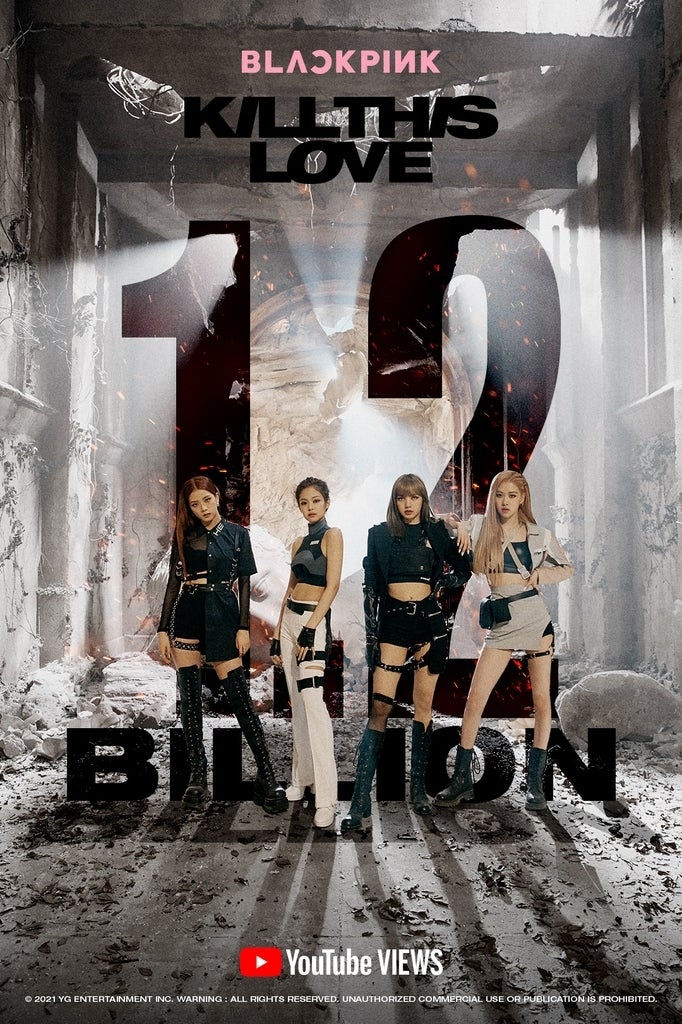 SEOUL — BLACKPINK, which owns one of the world’s biggest subscriber bases on YouTube, set another record Tuesday by earning 1.2 billion views with its music video “Kill This Love.”

Views for the 2019 hit broke the record at 12:38 a.m. on YouTube, becoming the all-female act’s second music video to set the milestone, according to YG Entertainment. Its most-watched music video is “Ddu-du Ddu-du,” which is nearing a record 1.5 billion views.

Released in April 2019, the fierce anthem with powerful brass instrumentals has enthralled listeners. It peaked at No. 24 and No. 41 on the Billboard’s main albums and singles chart, respectively, and topped the iTunes song chart in the United States.

BLACKPINK currently has some 57 million subscribers to its YouTube channel, the most for a female artist. American pop star Justin Bieber currently has the biggest subscriber base on the platform with 60.8 million. Yonhap