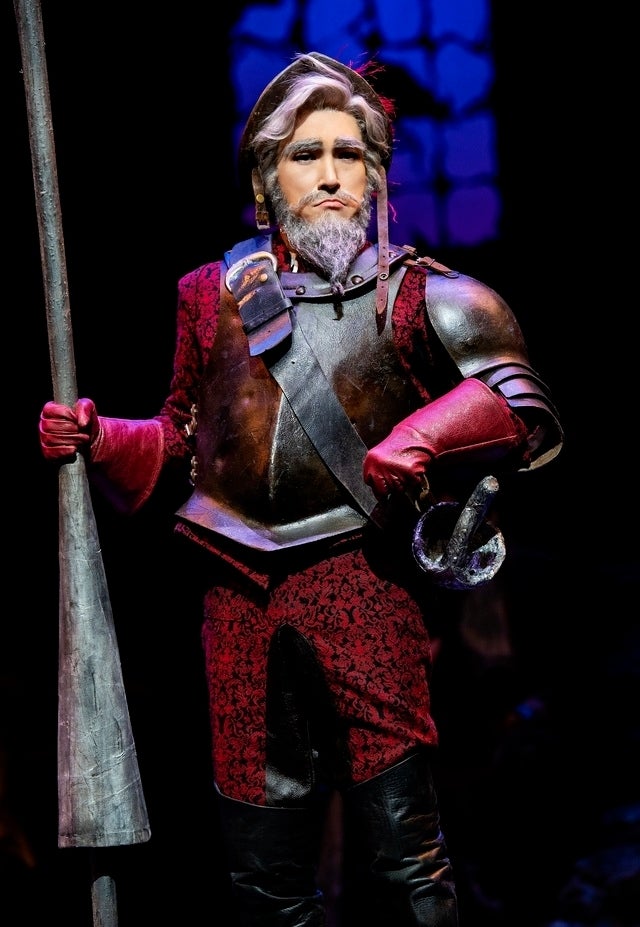 SEOUL — As musical productions return to the stage with the easing of social distancing rules for performing arts halls, shows featuring big names such as Ock Ju-hyun and Cho Seung-woo are sold out.

Of the first 25 performances in the Seoul run of “Wicked” from Feb. 12 to March 5, the shows featuring Ock and Jeong Seon-ah are already sold out.

VIP tickets for shows featuring Ock, originally priced at 150,000 won ($134), are being resold illegally for up to 400,000 won on ticket resale websites. But even these scalped tickets are hard to get, as venues are allowed to sell only 50 percent of their seats in compliance with the social distancing rules.

“Please allow only those who really love the show to come to the show,” Ock wrote on her social media account in response to the scalping.

The show will run until May 1 at Blue Square in central Seoul. Tickets for later dates have yet to open.

Tickets for 14 performances of “Man of La Mancha,” which opened Feb. 2 after three postponements, have sold out. Ticket sales have opened for 18 shows, and the sold-out shows all feature Cho Seung-woo and Hong Kwang-ho.

“I was especially touched by the lyrics, ‘This is my quest, to follow that star. No matter how hopeless, no matter how far,’” said Cho, who stars in the musical as Cervantes, in a promotional video.

“It is a difficult situation, but I hope the audiences can see the small light of hope (through the show),” Cho said.

“Man of La Mancha” will run until March 1 at the Charlotte Theater in eastern Seoul.

“Monte Cristo,” featuring stage actors Um Ki-joon, Shin Seong-rok and Ock Ju-hyun, has extended its run for three weeks, from March 7 to March 28. The show opened in November, but had to pause for two months due to the social distancing rules.

“The Last Empress,” starring Kim So-hyun, Shin Young-sook and Son Joon-ho, has extended its run for 10 days from Feb. 26 to March 7. The musical opened Feb. 2 after being postponed three times.