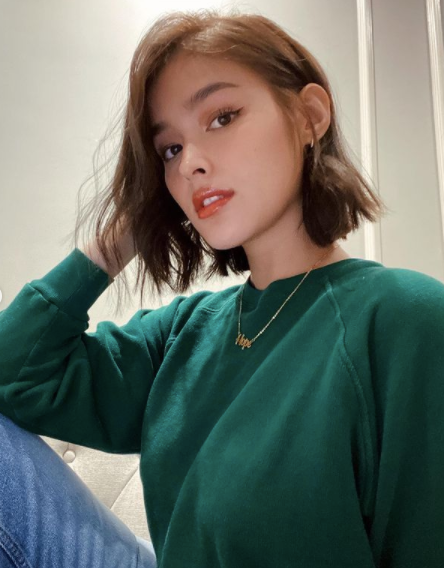 After Liza Soberano expressed concern about the movie poster of “Tililing,” director Darryl Yap told her that he was one with her advocacy on mental health.

The actress called into question the poster which featured actors with their tongues out, via Twitter today, Feb 8. The movie title is Filipino slang for having a screw loose or being mentally ill.

“Really hoping that this movie will spread awareness and enlighten us on the struggles of dealing with mental health,” she said. “But the poster? It’s a no for me. Mental health is NOT a joke. Stop the stigma.”

Yap addressed her concerns in a statement on the Facebook page of his movie studio VinCentiments.

Really hoping that this movie will spread awareness and enlighten us on the struggles of dealing with mental health. But the poster? It’s a no for me. Mental health is NOT a joke. Stop the stigma. pic.twitter.com/EHndPS2khs

(Your wish that our movie would bring light to and broaden knowledge on mental health will not be in vain, we will not let you down.)

He noted that the actors in the movie have gone through mental health struggles themselves.

(I am sure they would not accept a project that goes against their principles and their own selves; my actors are smart and their director is brave.)

He added that watching the movie would give answers to the choice of movie title and poster.

Baron Geisler, who stars in the upcoming movie, said on Facebook that people might not have known that he worked with the Philippine Mental Health Association Cebu chapter as part of his mental health advocacy.

In response, Soberano said in another statement on Twitter, “Thank you kuya Baron for the kind words and sorry if I have offended anyone.”

“I’m afraid my intentions were misinterpreted,” she said. “I always want the best for films that tap into mental health, so I wish this film all the best.”

Fans, however, pointed out that she did not need to be sorry, and encouraged her to keep being vocal about social issues, including those that concern mental health.

Yap has previously raised alarm for the messages of some of his works. His 2018 short film, “Virgin Marie,” depicted a child lying about being raped by her father. Advocacy groups for the protection of women and children called on him to be more responsible in depicting such sensitive matters, stressing that “tremendous courage” is required of victims to report rape accusations to authorities. JB

Read Next
Box Office: Denzel Washington’s ‘The Little Things’ Repeats No. 1 With $2M
EDITORS' PICK
Tired of your Wi-Fi signal problems at home? Here’s a solution!
POVA x Mobile Legends Bang Bang: A partnership that’s built to win
Infants bundled off; no one hurt in PGH fire
OPINION: Mischief Reef – where it all started
Must-know scams to avoid when buying cars
Fire-damaged PGH calls for donations
MOST READ
Robredo eyes local post in 2022 polls, but ‘open to all possibilities’
Alone in Japan, Thirdy drew solace from family and friends
Hot, humid weather for PH on Monday — Pagasa
CHR probes alleged fake ‘mass surrenders’ of NPA rebels in Bulacan
Follow @NGunoINQ on Twitter
Don't miss out on the latest news and information.