Everything you’ve always wanted to know about Dayglow 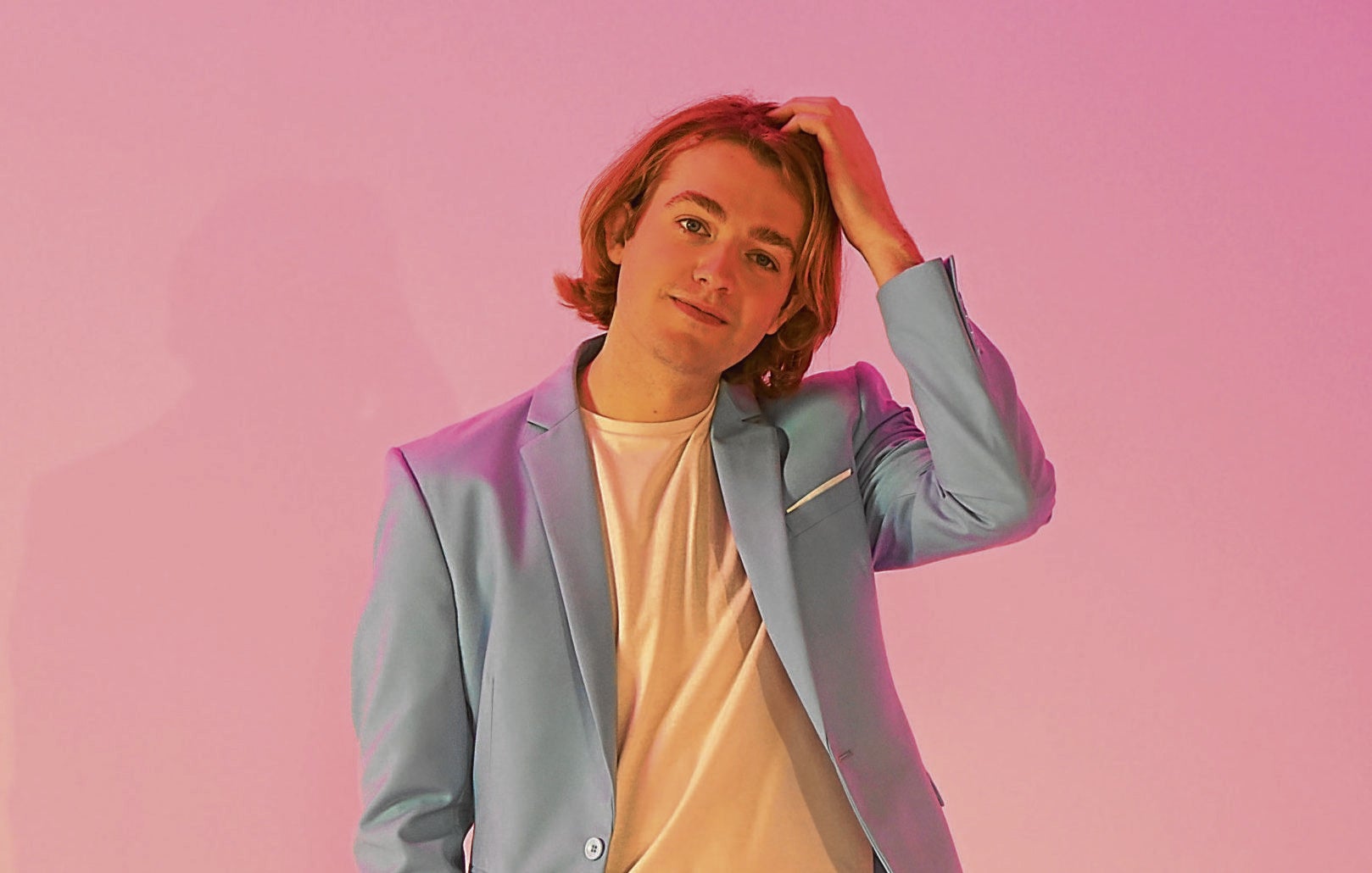 Influential music site NME calls him an “indie pop wunderkind,” while Ones To Watch describes his music as “the antidote for dark pop, brimming with infectious bliss and hope.” Indeed, 21-year-old multihyphenate Sloan Struble, better known to his fans as Dayglow, is all that—and more.

For someone who’s relatively new in the music biz, Dayglow, known for “surreal, summer-ready tunes and mad music videos,” is racking up cachet-boosting numbers to back up the high praise.

His breakout 2018 hit “Can I Call You Tonight,” culled from his “Fuzzybrain” debut album, has been streamed 170 million times to date, while its DIY music video has been viewed 51 million times on YouTube. Consequently, it reached No. 2 on both the Alternative and Triple A radio charts.

With its feel-good vibe, irrepressible ’80s hook and more polished sound, we expect Dayglow’s latest single “Close to You,” a song that Sloan describes as “a duet with myself,” to make bigger waves.

Thematically, the tune conveys the tension between two persons at a party who never manage to say hello to each other. (Check it out on https://www.youtube.com/watch?v=otPB54Wxf5c, visit dayglowband.com and follow him on Facebook, Twitter and Instagram.)

It is also the song that first drew us to Dayglow’s music and eventually led us to tracks that remind us of the trippy energy of Depeche Mode, The Cure, OMD and their more mainstream “batch mates”—a veritable throwback to the ’80s.

Aside from “Close to You” and “Can I Call You Tonight,” there’s “Hot Rod,” “False Direction,” the Asian-tinged “Fair Game,” the Beatlesque ballad “Dear Friend” and “Run the World,” which Sloan has inventively mashed up with Tears for Fears’ “Everybody Wants to Rule the World.”

You can imagine how thrilled we were when we finally spoke to Sloan for this one-on-one video chat on Zoom, arranged for Inquirer Entertainment by Dayglow’s management and Love Da Group Company Limited. Armed with affable boy-next-door charm and devoid of pretension, Sloan, a self-confessed introvert, didn’t disappoint—as this interview demonstrates.

Is it a conscious decision for Sloan to sow positivity in his music? Moreover, is his music an accurate reflection of his personality? “It is conscious but also subconscious—I would say it’s a little bit of both,” he said. “But essentially, making music is just what I like to do. It’s kind of a direct translation, for better or for worse, of what I’m listening to—and that [positivity in music] happens to be just a lot of ’80s pop. So, it ends up being a throwback, but I’m not necessarily trying to make ’80s music.”

With the type of sound he’s partial to, it’s no wonder the Philippines is in the top 10 of Dayglow’s most avid listeners worldwide.

“It’s so strange to be experiencing growth as an artist at a time when we can’t travel,” Sloan, who recorded his first self-penned song at age 12, said when we told him how his fans in the Philippines would go crazy if they get wind of this interview. “It’s just incredible that I get to have an interview with someone in the Philippines. That’s something I never thought would happen.

“But it just doesn’t translate as much until I get to be there. So, I’m looking forward to eventually coming over and playing a show in the Philippines sometime [in the future]. But you know, I’m definitely seeing lots of comments [from my Filipino fans] on Instagram.”

Yes, Dayglow fans, Sloan can’t wait to meet you as soon as it’s safer to travel. 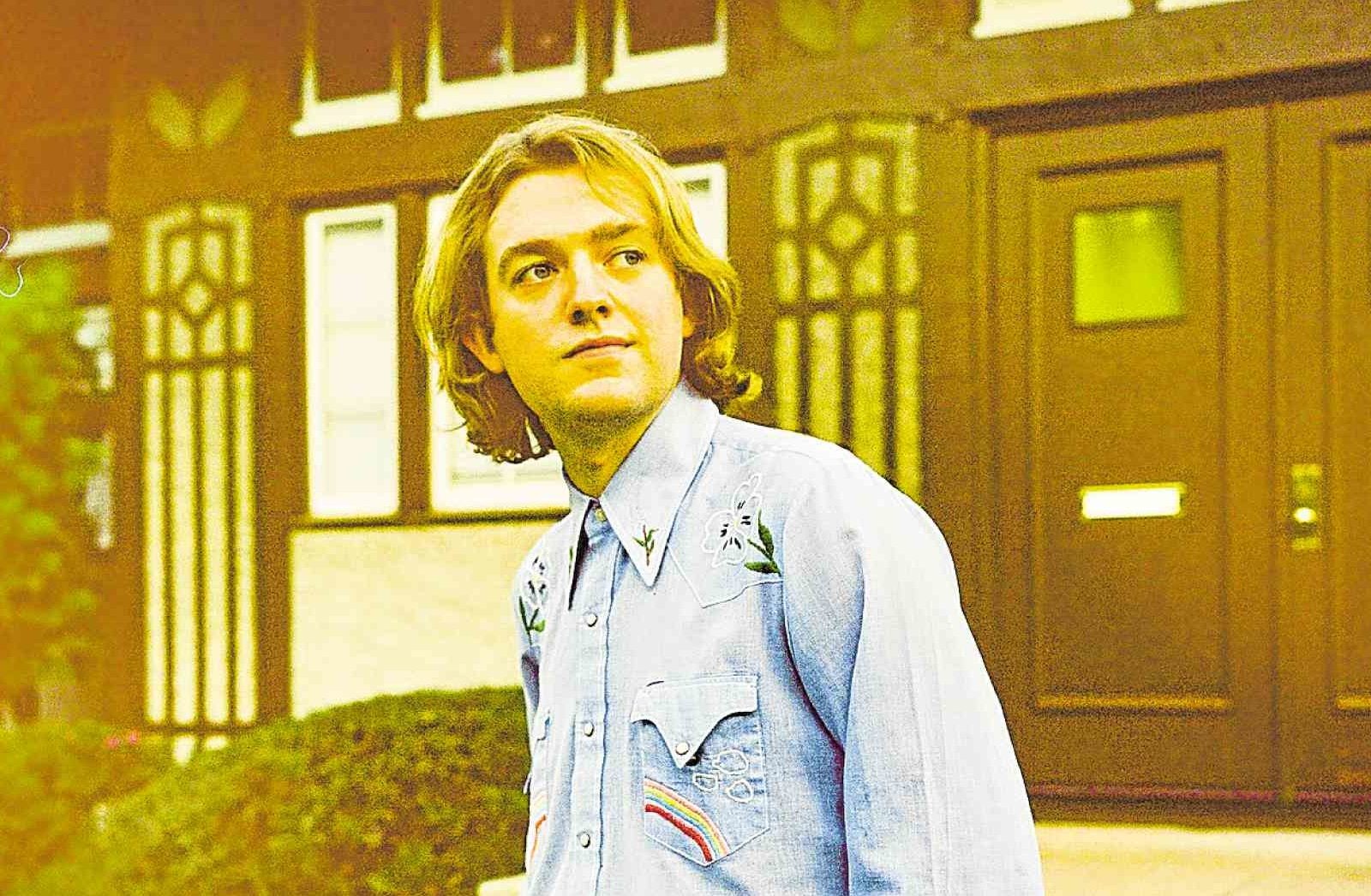 Excerpts from our chat with Sloan:

Can you, in a nutshell, tell us how Dayglow came about?

Dayglow is a solo project where I write and produce everything by myself. Uh, I talk about my past as if I’ve lived very long (laughs), but I’m a pretty young person still. I was just figuring out how to produce music on GarageBand (a fully equipped music-creation studio app on Mac).

After going through a couple of phases, I decided I wanted to make a project that could be performed live by a five-piece band. It’s completely solo in the process of making it, but whenever I go on the road and play shows, I have a band with me. Dayglow was that idea of making music that five people could play.

Have you always wanted to pursue singing as a career?

I’ve always loved to sing. Making and writing music is my favorite thing about it [performing]. I’ve never viewed myself as, like, Whitney Houston or someone with a really good voice. But I love music and I’m obsessed with just making it.

The trippy sensibility of your sound is unmistakably ’80s. Who else were your musical influences growing up?

How has the pandemic influenced your songwriting. And what kept you productive during the quarantine in Austin, Texas?

It definitely ebbs and flows. There have been good times and also “What am I doing” times. But the biggest part that I’ve experienced is that I’ve had so much time to just work on music, which has been great.

It’s allowed me to pay attention to the [upcoming second] album and mix it well. Finally, I’m pretty much done with it, so I’m really excited about that. The quarantine has allowed me to focus and spend some time to go crazy in the studio.

How has your music evolved since you released “Can I Call You Tonight” three years ago?

Good question. I have grown up as a person, so naturally, I’ve changed a lot since I made that song. I still love it [because] I kind of owe my whole career up to this point to this one song.

I was a lot younger and just figuring out how to mix, so I feel like the [newer] songs are a little more mature. It’s still fun and playful, but I’ve since learned how to produce music a little better.

A lot of songs that become popular come and go. But your music gets a new life on new platforms, like “Can I Call” on TikTok. Your thoughts?

Do you remember writing your first song and what it was about?

Oh, man. When I first started writing, it was mostly on guitar. When I was like 12 or 13, the first full song that I wrote and recorded was a song called “Stuck on You,” completely created from random references. I was just ripping off some other love song I had heard (laughs)—and no, that wasn’t based on my experience.

What can your fans expect from the second album?

It will be more like direct statements about my life lyrically. It’s a lot more personal, where pretty much every song is based on a personal experience. The sound is more ’70s and ’80s.

How long does it take you to write a song?

Some songs take 10 minutes, but others take a while. My favorite songs are usually the ones I write in one moment, so they probably take about 30 minutes to finish, just me sitting down and writing. But for me, writing music involves mixing it as well, so that takes months—which shows how weird the reality of making music is.

If you could collaborate with other artists, who would you like it to be with?

That makes you an old soul. And speaking of old soul, I love your song “Dear Friend,” which reminds me of the Beatles’ ballads. Is it based on a personal experience?

Yes. But one thing I do with my songs is, I kind of write them from different perspectives. So, it’s about myself, then I’ll hear a [similar] experience somebody else had and blend them into one story, so it’s not completely something I went through. But this song started off, like, I had a pen pal, and some of the lyrics were culled from little tiny fragments from notes.

I love “Close to You.” Can you talk about how you ended up writing it?

I was just jamming around with my synthesizers, came up with the main lead keyboard sound and just built the song from there. I wanted it to be like the Michael McDonald or Patti LaBelle thing we were talking about, just like an ’80s duet.

I was thinking about how there are collabs nowadays … but there’s a passionate connection or something where it doesn’t feel like some label just put two people together. I wanted to make a duet, but then I didn’t know who to make a duet with because I guess I’m just a shy person. So, I did a duet with myself, essentially.

Do you see yourself doing this—writing music and performing—for the long haul?

I would like to. I’m thankful for the time that I’ve had already, so we’ll just have to see. But it’d be awesome if I could.

Could we expect you to visit the Philippines once the travel bans are lifted?

I’d love to. Like I was saying, it’s one of those places where people on Instagram would say, “Come to the Philippines,” so I definitely want to. Hopefully I can, but touring right now just seems so impossible. But when the right time comes, I will be there.

Could you say hello to your Filipino fans?

Yeah, absolutely. To all my Filipino fans, hello and thanks for listening to the music. It means the world and I can’t wait to finally meet you soon, whenever that can happen.