What Gretchen Ho learned from her ‘Donate A Bike, Save A Job’ drive | Inquirer Entertainment
Close
menu
search

What Gretchen Ho learned from her ‘Donate A Bike, Save A Job’ drive

MANILA, Philippines — What started as a mere casual plan turned out to be a blessing in disguise in the end for Gretchen Ho. Not only was she was able to donate 500 bicycles to frontliners in 10 Metro Manila cities; she also learned a valuable lesson about being a good leader.

“Probably I could empathize with them kasi marami din pong nawalan ng trabaho sa mga kakilala natin. Kaya I really felt the need to do something,” Ho said during a press conference on Tuesday when asked about why she started her “Donate A Bike, Save A Job” campaign in the first place. 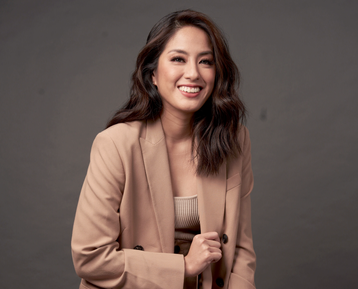 (Probably I could empathize with them because some of our colleagues also lost their jobs. That’s why I felt the need to do something.)

“Marami din akong natutunan dun, as a leader I set up my own team, nag-mobilize po kami,” she also said. ”Meron din po kaming sistema para safe po kaming lahat sa Covid. And madami akong natutunan na how to motivate people, how to [produce and get the best] content, storytelling along the way.”

(I learned a lot, as a leader I set up my own team, we mobilized. We also had a system so we could be safe from Covid. And I also learned a lot on how to motivate people, how to produce and get the best content, as well as storytelling along the way.)

READ: Gretchen Ho nears completion of her ‘Donate A Bike, Save A Job’ campaign

Ho is the newest Kapamilya to join TV5, as also revealed during the press conference. She used to be part of numerous news and public affairs shows of ABS-CBN, the country’s largest network that was denied a fresh 25-year franchise by a House panel.

With her new network, Ho said she looks to further hone her story-telling skills.

“I want to grow, read, be a good interviewer and a better broadcaster,”  she said.