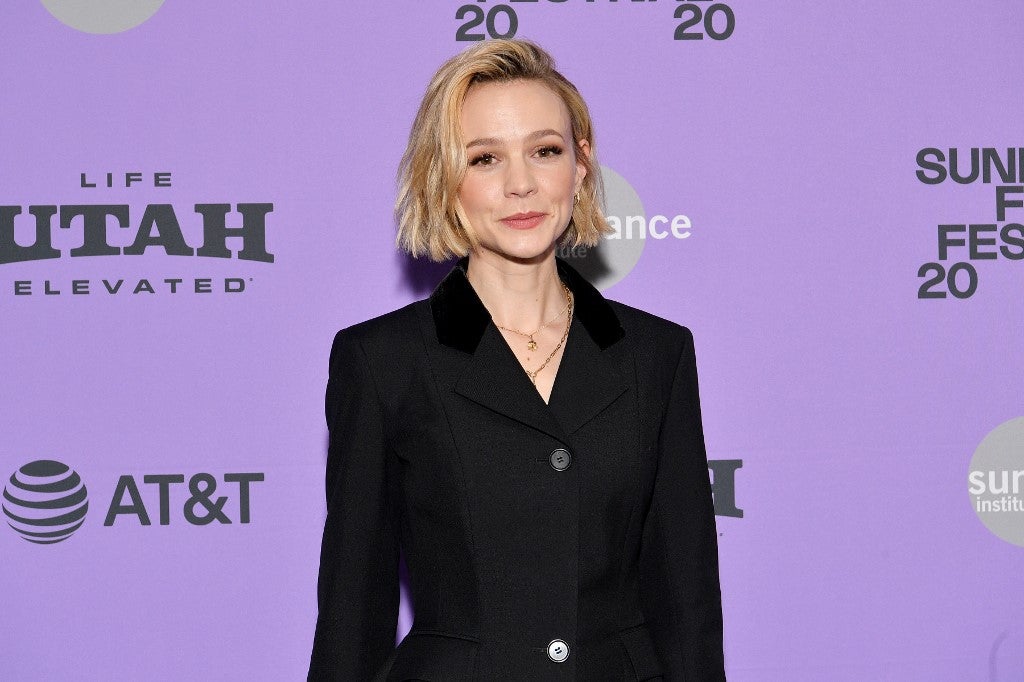 Producers, stars and journalists meet in the spectacular Utah mountains to swap last-minute Oscar tips, and catch a first glimpse of the next year’s batch of contenders.

This year, due to the pandemic, everything has been turned upside-down.

And with the Oscars delayed to their latest-ever date — April 25 — several top contenders have not been released or even screened for critics yet, meaning Sundance could play an outsized role in the awards conversation.

“It certainly became apparent that ‘oh, this is new, we’re going to be in the awards window,'” Sundance festival head Tabitha Jackson told AFP.

Warner Bros has set a Sundance world premiere for its much-hyped “Judas and the Black Messiah,” with Daniel Kaluuya’s turn as the young, tragic Black Panther leader Fred Hampton hotly tipped for recognition.

Others that could contend are wilderness drama “Land” — the directorial debut from “House of Cards” star Robin Wright — and period romance “The World To Come,” produced by and co-starring Casey Affleck.

“In one sense it’s a short runway (to the Oscars), but in the other there’s still uncertainty about what 2021 is going to look like” for movie releases, said Jackson last month.

“So I’ll be interested to see how people choose to use that window.”

Even beyond Sundance, indie films appear poised for a landmark year at various delayed awards including the Golden Globes — which would ordinarily have taken place by now, but are yet to even announce nominations.

With the majority of US theaters closed by coronavirus, studios have repeatedly pushed back the releases of their biggest, most expensive movies.

In fact, with several major 2020 film festivals scrapped or curtailed, bizarrely this year’s Sundance hits may end up contending with front-runners that debuted at the very same festival least year.

Also in the mix from the previous Sundance are “Minari,” a Korean-American family portrait hoping to emulate last year’s best picture “Parasite,” and documentaries “Boys State” and “Time.”

“So many of the films that are now feeling the heat of the cultural conversation began their life at Sundance last year,” said Jackson.

For now, Sundance organizers are urging Hollywood to stay home and watch virtual premieres and Q&As on their laptops.

Industry networking events will see filmmakers’ and artists’ “avatars” roam and mingle with audiences in chat rooms and virtual-reality cinemas.

Some drive-in and arthouse theaters will host real-world screenings and talks, in specific parts of the US where local conditions allow.

But plans to host Sundance events at venues in Park City and near Los Angeles had to be scrapped after Utah and southern California suffered some of the nation’s most severe winter Covid spikes.

Instead, attendees can “trade in your snow boots for slippers and just experience the festival and see more films than you would ever normally get to do on the mountain,” said Jackson.

Other highlights among 72 feature films at the festival co-founded by Robert Redford include Nicolas Cage’s supernatural action-horror “Prisoners of the Ghostland,” and cult musical biopic “The Sparks Brothers” from Edgar Wright.

Ridley Scott and Kevin Macdonald will unveil “Life in a Day 2020,” a follow-up to their 2011 documentary using thousands of videos shot and submitted by members of the public from a single day in July to paint a “global portrait of life on our planet.”

Sundance runs from Thursday through to February 3.

Read Next
Olivia Munn on growing up an outsider and the superpowers she wants to have
EDITORS' PICK
US has ‘many requests’ on Edca, Bongbong Marcos says
The Best Tech Gifts For The 2022 Holidays
Fare card prices soar amid shortage
Bongbong Marcos: Oil search in West PH Sea may skip ‘gov’t to gov’t’ talks
The vivo Y16 makes the season of giving more thoughtful for the whole family
House energy committee chair Arroyo bats for cheap electricity
MOST READ
SSS: Pensioners 13th month, year-end benefits to be released first week of December
Cop accidentally fires service rifle inside PNP camp in Laguna
BIZ BUZZ: Tugade move reversed
LOOK: Kris Aquino visited by ‘Kris TV’ sidekick Darla Sauler in US
Don't miss out on the latest news and information.