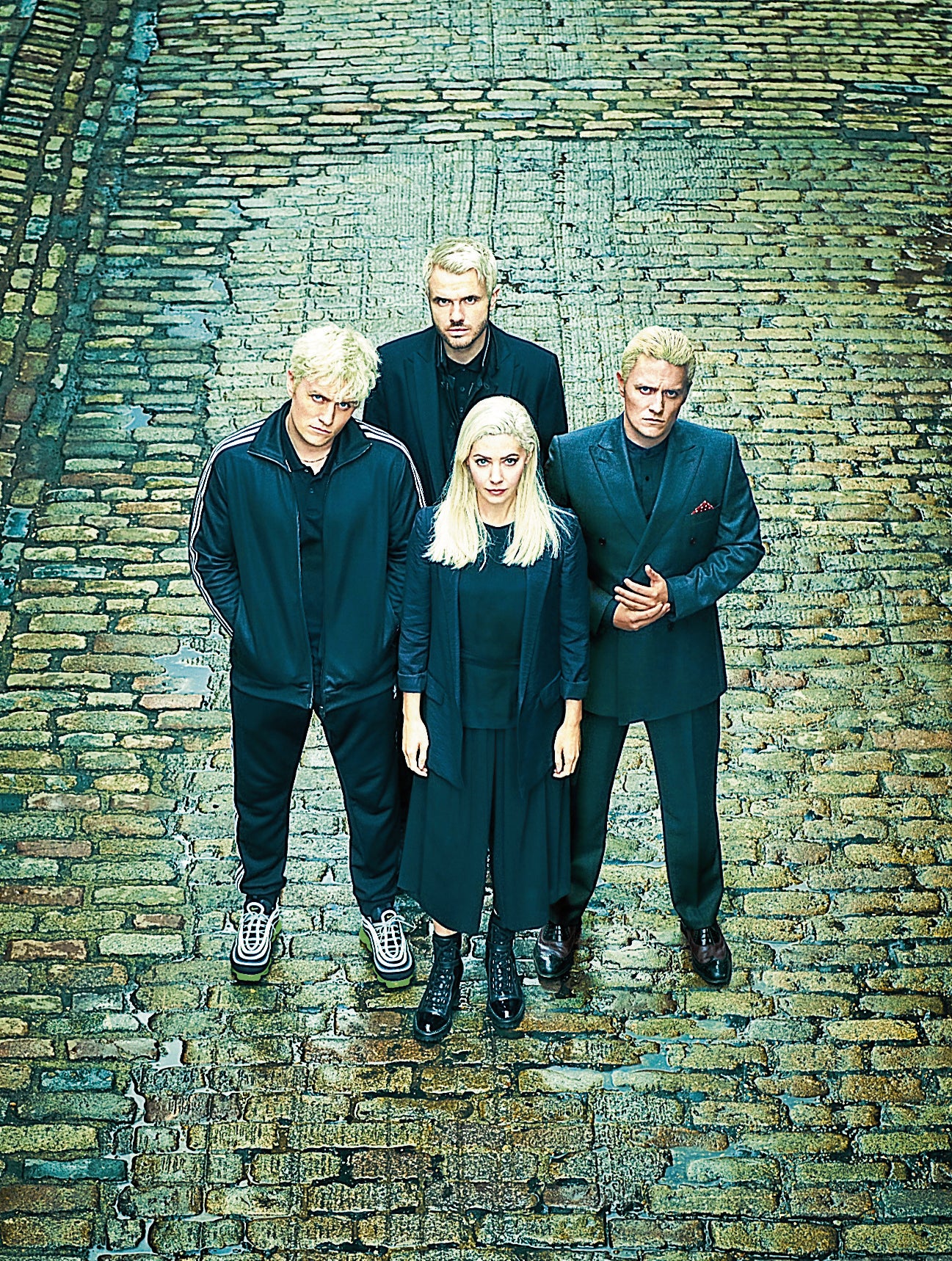 It sucks to be different, particularly if you’re young and still coming to terms with confusing notions of identity and the need for acceptance in a world that discriminates against people it doesn’t understand.

In “The Rook,” the eight-episode series that began streaming on HBO Go last Jan. 18 and airs new episodes every Monday, lovely American actress Olivia Munn plays Monica Reed, an operative from the US Bureau of Variant Affairs (BVA) who arrives in London to investigate the death of her estranged lover Marcus Kevler (Luke Roberts).

Monica was lured to the case after Myfanwy Thomas aka The Rook (Emma Greenwell) woke up on the Millennium Bridge surrounded by dead bodies, including Marcus’—but with her memory of the incident and her identity inexplicably erased!

To gain access to the ensuing investigation, the lone American agent is forced to collaborate with members of the Checquy, the paranormal division of the British Secret Service made up of mutants with supernatural abilities. 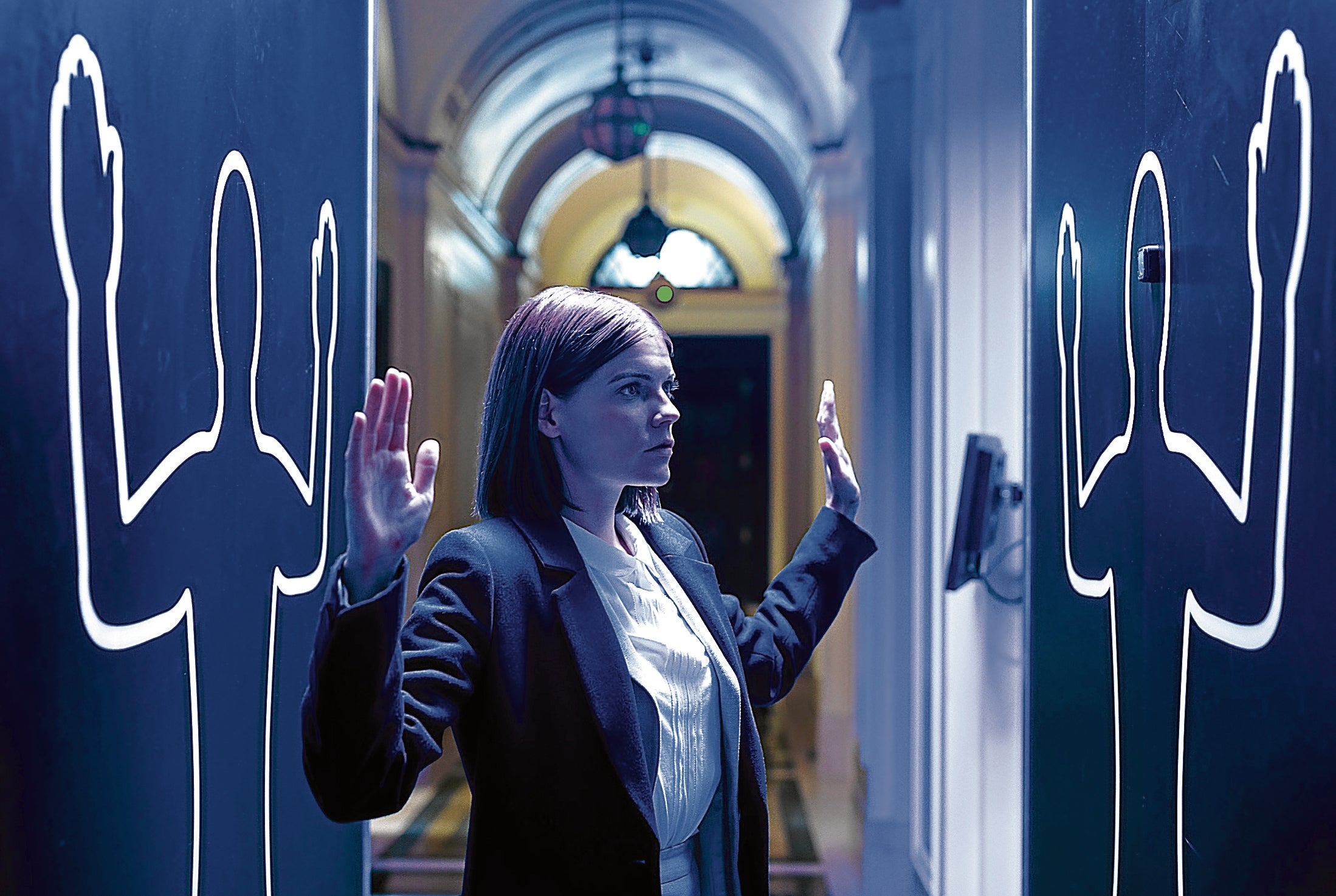 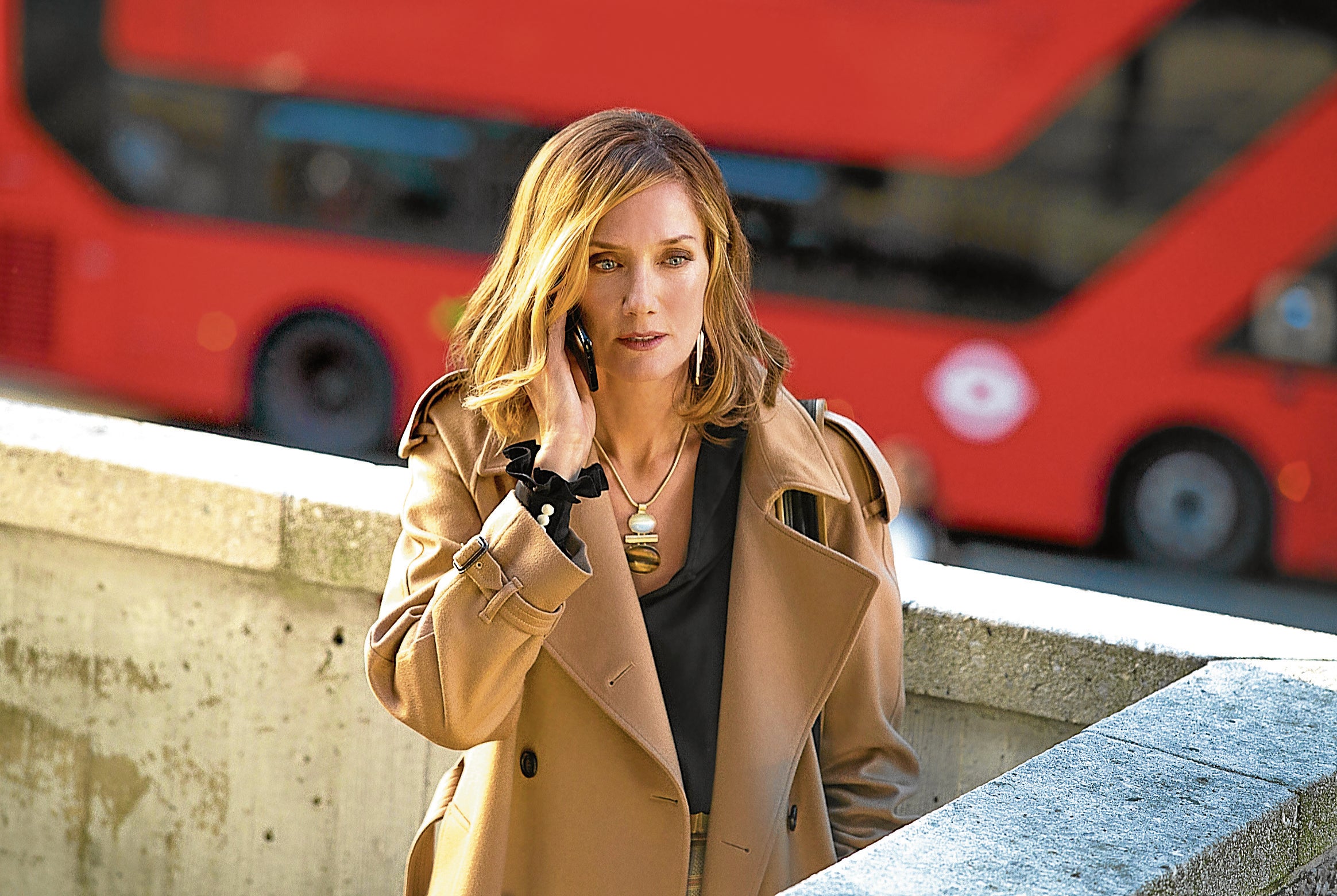 When we asked Olivia during our Zoom chat last Wednesday for this Philippine exclusive how being “an outsider looking in” resonated with her, the 40-year-old actress said she knows a thing or two about what it’s like not to fit in.

“The way that you just put it was exactly how I felt most of my life,” she said. “I grew up in a military family, so I was constantly the new kid in town. On top of that, I’m the daughter of a Vietnamese refugee.

“So, you know, I’m a minority in a world of minority voices and minority looks. That was what it was like growing up for me. Oftentimes, we’re not celebrated or promoted. So, yeah, I definitely have always felt that way.

“But my mother instilled in me a strong sense of self. And I always knew that if I didn’t believe in myself, how would I expect anybody else to believe in me? You get used to letting other people have opinions of and an unconscious bias against you—and that just rolls off your back.

“But it’s not my job to address those things. It’s my job to be the best me that I can be. And so, like my character Monica in ‘The Rook,’ who’s going up against a system, you just let your passion and drive help you accomplish your mission without other people’s help.”

Of course it was almost impossible not to talk about Sloan, the sassy, whip-smart and multidimensional character Olivia portrayed to cachet-boosting acclaim in “The Newsroom,” and why there’s a seeming scarcity of similar roles these days.

“It’s still my favorite role to date,” she quipped, which is hard [to measure up to] because it’s a Sorkin character. There are a lot of actresses doing amazing work and playing powerful women—like, I just saw [Julia Hart’s neo-noir crime drama] ‘I’m Your Woman’ with Rachel Brosnahan, who was exceptional.

“The thing that is different, though, is that there still aren’t a lot of minority women who work [on that level]. In general, the industry tends to be more male-dominated or white male-dominated. And it becomes a little bit of a fight to be a minority voice in this landscape. Yes, there are a lot of roles out there with a lot of spunk, but I don’t think we see a lot of minority women getting opportunities to portray them.” 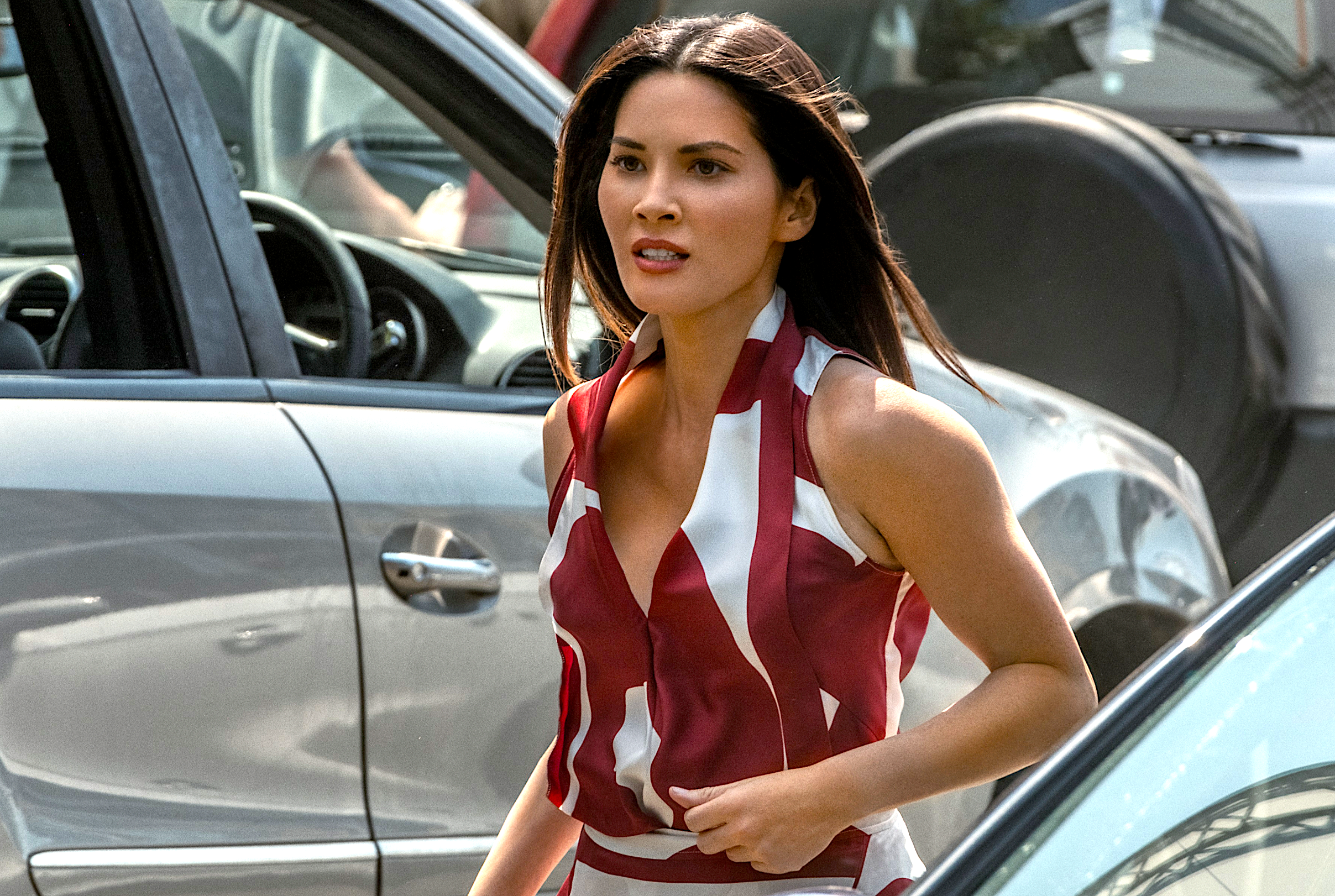 Our Q&A with Olivia:

Why do stories about mutants continue to be explored, and what is your own fascination with them?

Growing up, I was one of five kids. And we all loved comic books, video games and anime—we really delved into those worlds as a family. Especially for me, what has always drawn me to those outsider roles is that they’re often banished from society, so they’re forced to hide their special skills. They’re ostracized because of their uniqueness.

A lot of people can understand that when you’re pushed to the outskirts of society, you’re different. You feel a commonality with people who are like that. And that’s what drew me to this world. I was fascinated by the idea that there are people with special skills who use them in modern-day society.

Any memorable moment for you while you were shooting the series in the UK?

We filmed this pre-COVID, so we were out in the streets of London, which was an amazing experience. The city is its own character; you cannot replicate London anywhere else. One day, we were running through the flower market, and there were all these people there.

I remember having to run through everything, and the people just didn’t care—they just let us run around them, and everyone just kept shopping and going about their business (laughs). And it was just fun to be actually be doing that on those cobblestone streets and around other iconic places. The first scene I ever shot was inside of the famous train station in “Harry Potter.” It just pulls you into a completely different world.

Would you like to meet somebody like Nazim (Michael Karim) and let him erase unpleasant portions of your life you’d rather forget?

That’s a very good question. You know, I thought about this a lot because without our memories, what kind of life would we have? Memory is such an important part of who we are. If you lose it, you lose your history, you lose relationships, you lose lessons you’ve learned, you lose yourself.

However, there are situations in people’s lives that changed them permanently and some changed them for the worse. To be able to erase some of those experiences is definitely alluring to me.

But I will say this: I have a very good memory. However, I have this thing where, if the person didn’t make that big an impact in my life, I will forget about that whole part. But I can remember a lot of other things—I can redo all of my lines from full episodes of “The Newsroom” (laughs).

I can’t tell you how that works. But it’s probably for the best, because I believe that your brain can only hold so much, and I think my brain is just doing a natural data dump of humans every now and then, because it’s the type of memory I don’t need to keep moving on.

You’re an actress and person who has something to say about the industry. How does that come into play when you choose a role?

Thank you for saying that. In the beginning, you seize every opportunity to work. But there comes a point in your life when you start to think about what you want to represent, and what stories you want to tell.

Being an Asian-American actress, I was inspired by the likes of Michelle Yeoh, Lucy Liu and all these other amazing women—and seeing myself reflected in them was really powerful. It allowed me the opportunity to dream … that I could one day do that, as well. It allowed me to see that it was possible.

So, when I got to a place where I was already getting more opportunities, I just wanted to reflect strong female characters that I myself want to see more of. I like strong women who can also show vulnerability.

But when it comes to my activism and seeking out roles I can portray, I don’t think one has anything to do with the other, because I just want to tell a lot of different stories. They don’t always reflect what I might personally do or what I personally believe in.

Sometimes, it’s just about giving people something entertaining to watch. It’s not always about taking on a role to make a point.

If you could have any superpower you want, what would it be?

I’ve been asked that so many times, but for some reason, I’m having a hard time with this question today. If I can have just one, I’d like to fly. But if you’re going to give me three choices, I’d also like to be able to stop time. And, given the state of our world today, possess the power to heal.

Also, I would love the ability to speak any language on Earth. Wouldn’t that be the best? I could communicate with everyone and go everywhere!