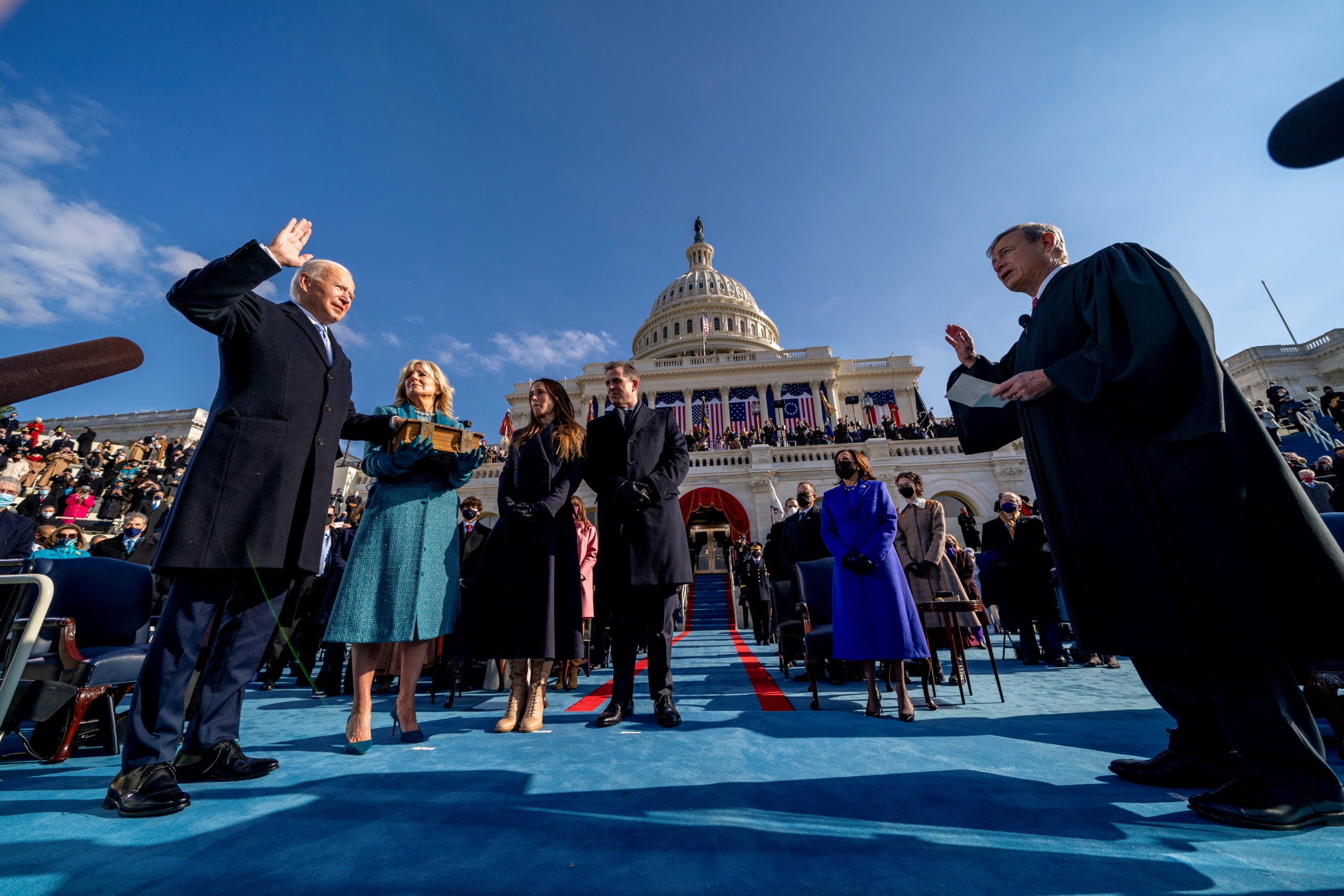 FILE PHOTO: Joe Biden is sworn in as the 46th president of the United States by Chief Justice John Roberts as Jill Biden holds the Bible during the 59th Presidential Inauguration at the U.S. Capitol, in Washington, U.S., January 20, 2021. Andrew Harnik/Pool via REUTERS

LOS ANGELES — Roughly 40 million people watched live coverage of Democrat Joe Biden’s inauguration as U.S. president on six TV networks, according to Nielsen data released on Thursday, a 4% increase over the number that tuned in for Donald Trump’s swearing-in four years ago.

The figure covers the 30-minute span starting at 11:45 a.m. EST on Wednesday, when Biden took the oath of office and delivered his inaugural address from the U.S. Capitol. It includes the audience on broadcasters ABC, CBS, and NBC and cable channels Fox News, CNN, and MSNBC.

In 2017, about 38.3 million people watched Republican Trump’s inauguration and speech on those networks. The swearing-in of Democrat Barack Obama in 2009 as the first Black U.S. president drew 51.2 million viewers.

The TV viewing figures do not capture people who tuned in via digital platforms such as Twitter, Facebook, and YouTube that streamed the event live, or others who watched on television at places outside of their homes such as bars and restaurants.

Updated figures are expected in the coming days.

The ranking reflected a reversal from four years ago. Fox News, which is popular with conservative viewers, topped all networks for Trump’s swearing-in with 11.8 million viewers, an Inauguration Day record for a single network. CNN ranked fifth at the time with 3.4 million.