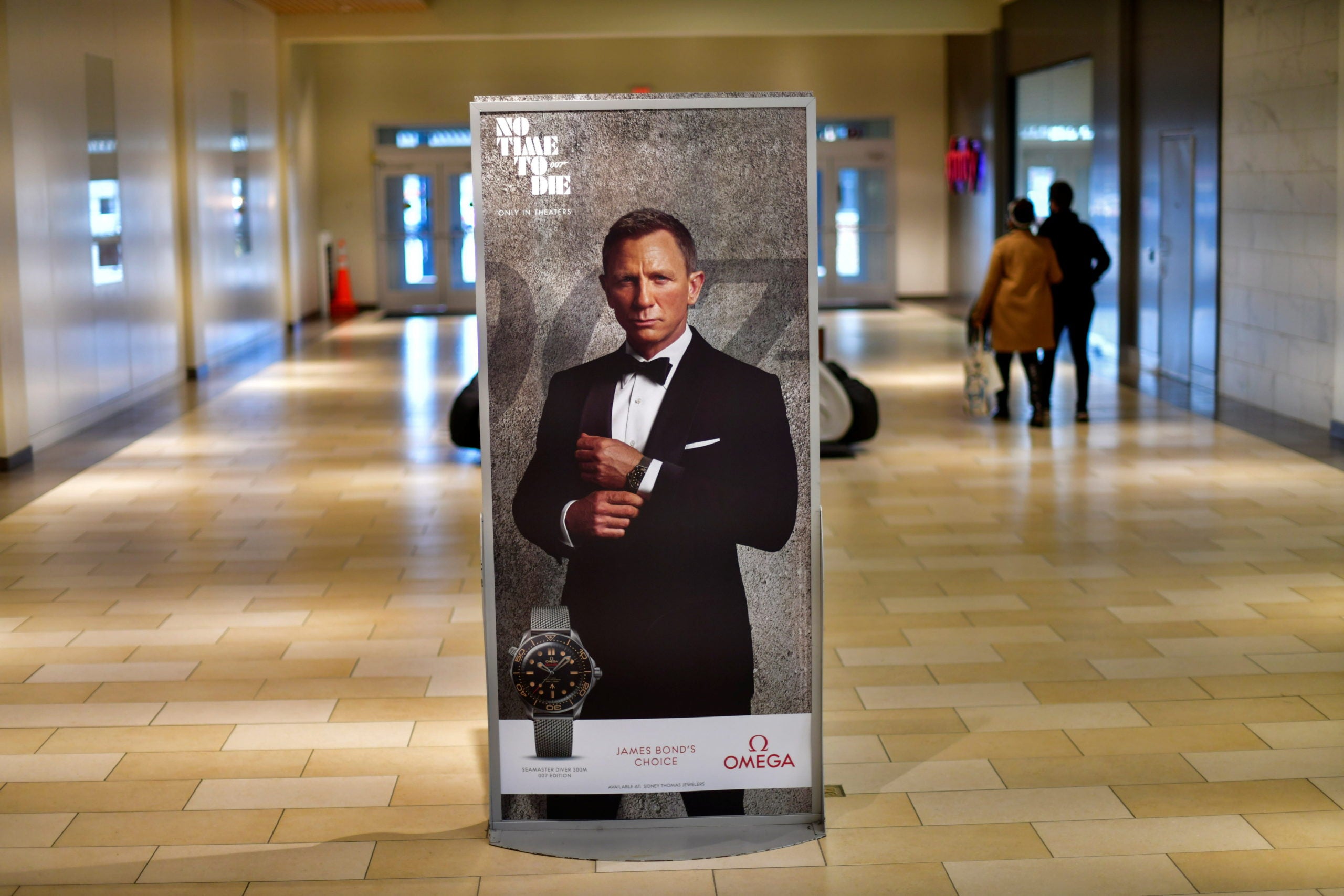 Shoppers walk past an advertisement for the upcoming James Bond film “NO TIME TO DIE” whose release has been delayed due to the coronavirus disease (COVID-19) pandemic, at the Christiana Mall in Newark, Delaware U.S. November 19, 2020. REUTERS/Mark Makela

LOS ANGELES – The global release of the James Bond movie “No Time to Die” was postponed to October from April, its producers said on Thursday, another setback for movie theaters trying to rebuild a business crushed by the coronavirus pandemic.

The movie’s new debut date is Oct. 8, according to an announcement on the James Bond website and Twitter feed.

“No Time to Die,” from MGM and Comcast Corp’s Universal Pictures, had originally been set to hit the big screen in April 2020 before moving to November 2020 and then April 2021.

Cinema owners were hoping “No Time to Die” would kick off a rebound in moviegoing. The pandemic devastated the film business in 2020, and ticket sales in the United States and Canada sunk 80%. That hurt independent theaters and big chains including AMC Entertainment, Cineworld Plc and Cinemark Holdings Inc.

With the virus still rampant in many areas, including in the key Los Angeles market, Hollywood studios appear reluctant to send their biggest films to theaters. Many cinemas are closed, and ones that are open enforce strict attendance limits to allow for social distancing.

The Bond franchise is one of the movie world’s most lucrative, with 2015’s “Spectre” raking in $880 million at the box office worldwide, while “Skyfall” in 2012 grossed more than $1 billion globally.

The next closely watched movie is “Black Widow” from Walt Disney Co’s Marvel Studios, currently scheduled to debut in theaters on May 7.