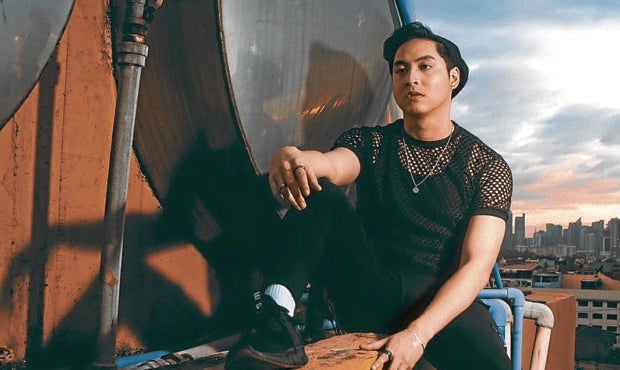 Dan Delgado, a grand finalist in the “It’s Showtime” talent search “BidaMan: The Big Break,” has always dreamed of being a professional dancer.

But his dedication to the craft goes beyond turning his swag on and pulling off smooth and explosive moves onstage—it extends to making kids experience the joys of dancing.

“My mom and I teach in a foundation called Tuloy sa Don Bosco, which helps kids with their studies and provides them shelter as well,” he told the Inquirer in an interview.

The 23-year-old’s mother, Deana Aquino, is a former member of the popular 1980s dance company Hotlegs. And it’s through her that Dan realized the importance of inspiring other people through his passions.

“I get inspiration from my mom. She constantly reminds me that I have a gift that’s worth sharing with others,” he said, adding that he hopes to continue his advocacy once the COVID-19 pandemic is over.

As for his career, he hopes to make the most out of his exposure from “BidaMan,” and eventually branch out and make a name for himself in music and acting.

“I’m getting ready for endorsements for next year. And I will always be ready for auditions since I have been wanting to act or be in a film. It’s something that I will work hard for,” he said.

“Performing is something I’m in love with. I guess, once I’m up there, I would like to be dancing on a big stage for a big crowd. I just want to show my talents to people. And if I were to provide a peg, I would go for having a career like Sam Concepcion or Ken San Jose,” added Dan, who also admires Vhong Navarro and Mark Herras.

“What I admire about them is their talent and how they carry themselves. Jericho has really great acting skills and he’s quite the singer, too. James’s transition into music is definitely one thing I admire, too, because he also turned out great in it,” he related. “And they seem like really genuine and cool people off the cameras.”

Dan, who’s part of the acclaimed hip-hop dance troupe The Alliance, also hopes to work as choreographer. “One of my dream artists to choreograph for is, again, James. I know he’s a great dancer as well and it would be an honor to vibe with him through dancing,” he said.

The Alliance took home the bronze medal in the varsity crews division of the 2016 World Hip-Hop Dance Championships in the United States. Dan had been preparing for another overseas competition, but then the pandemic happened.

And as challenging 2020 was, Dan believes that 2021 will be a year of hope. “We have gone through so many obstacles. But we didn’t show signs of giving up despite the struggle. That’s why we lean toward hope,” he said. —ALLAN POLICARPIO INQ

Read Next
‘The Lost Recipe’: Kelvin Miranda talks about the primetime television series and his role in it
EDITORS' PICK
Every Filipino home can now be a smart home with realme TechLife
PLDT Home Prepaid WiFi customers now under the care of Smart
Nestlé Philippines’ ‘NESCAFÉ Plan’ bags Grand Anvil at PRSP 56th Anvil Awards
Wesley So officially a US citizen
‘Pilgrim of peace’ Pope Francis heads to war-scarred Iraq
WHO: Arrival of vaccines in PH ‘a powerful step’ towards economic recovery, normalcy
MOST READ
Kris Aquino dispels rumors on son Josh getting married, thanks Ogie Diaz for defending him
Wesley So officially a US citizen
Ginebra trades Slaughter to NorthPort for Standhardinger
LTO’s P500-M deal for screws draws scrutiny
Don't miss out on the latest news and information.