Selena Gomez learns how to make adobo in cooking show 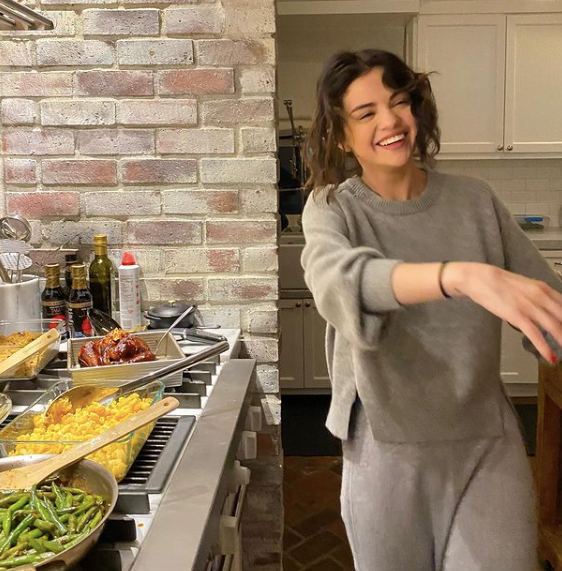 Selena Gomez has been busy in the kitchen during quarantine. Image: Instagram/@selenagomez

Selena Gomez will up her culinary skills in another season of her unscripted show “Selena + Chef,” and among the featured dishes is the Filipino favorite adobo.

Among the guest chefs is Jordan Andino, a Filipino-Canadian chef who runs Flip Sigi, a Filipino-Mexican fusion restaurant in New York.

The teaser includes Andino’s Lola, who even critiques Gomez’s adobo through video call.

“As you all know by now, I’m not the best cook,” Gomez quips in the teaser. “But I’m not going to stop trying to get better. So I’m back in my kitchen to get schooled by the best chefs.”

Andino expressed his excitement on his Instagram page, where he described Gomez as a “dope-a$$ human.”

According to his website, Andino hopes to use his classic culinary training “to bring a Michelin star to Filipino cuisine.”

Gomez began the cooking show, which she also executive produces, while at home on quarantine amid the COVID-19 pandemic. The first season premiered last August. JB