John on Derek and Ellen: They’re both single so let them be | Inquirer Entertainment
Close
menu
search

John on Derek and Ellen: They’re both single so let them be 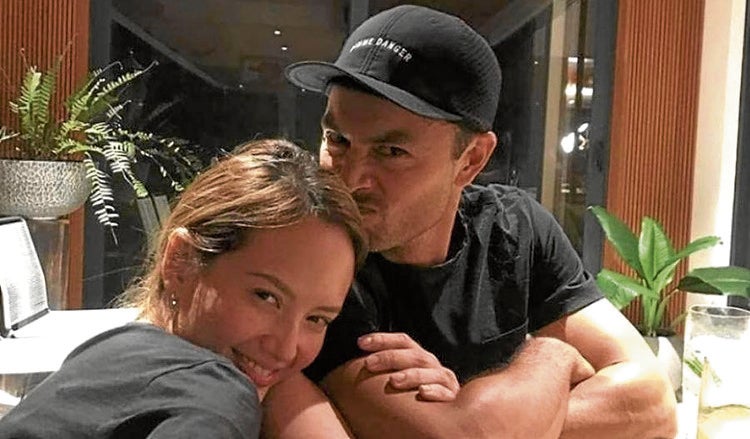 “They’re neither committing adultery nor concubinage. They’re both single, so let them be,” declared actor John Estrada when Inquirer Entertainment asked him to comment on the latest buzz between Ellen Adarna, his leading lady in the upcoming sitcom “J&E,” and his good friend Derek Ramsay.

Derek, who recently called it quits with girlfriend Andrea Torres and was rumored to have had an affair with singer Pops Fernandez, is now the topic of social media posts after photos and videos of him partying with Ellen started circulating online early this week.

The sources were actress Ruffa Gutierrez—who was also present at the party—and Ellen herself. Both uploaded photos and videos of what transpired at the party on their respective Instagram accounts.

During an exclusive Zoom chat, we asked John to react to a comment on Derek and Ellen that described them as “playboy meets playgirl.”

To this, John replied: “Derek is like a brother to me. I know him well. He is not a playboy. It just so happened that he’s good looking. I don’t see the problem if he is (a playboy); he’s not married yet, anyway. So what’s wrong with that?”

John added: “You start getting suspicious if a guy as handsome as Derek doesn’t have a girlfriend—baka iba na ‘yon. I’d rather have someone like Derek than a guy who is as good-looking but is not dating anyone. That’s just my take on that.”

As to the description of Ellen being a playgirl, he said: “I don’t think so. You see, these guys are not stepping on anyone’s toes. They can do whatever they want as long as it’s legal, so let’s give them a break. Why? Are they committing adultery or concubinage? if they want to be happy together, pagbigyan natin sila. That’s their life. They are old enough to know what they want.”

Derek recently swore in an interview that he and the controversial 32-year-old actress are “just friends.”