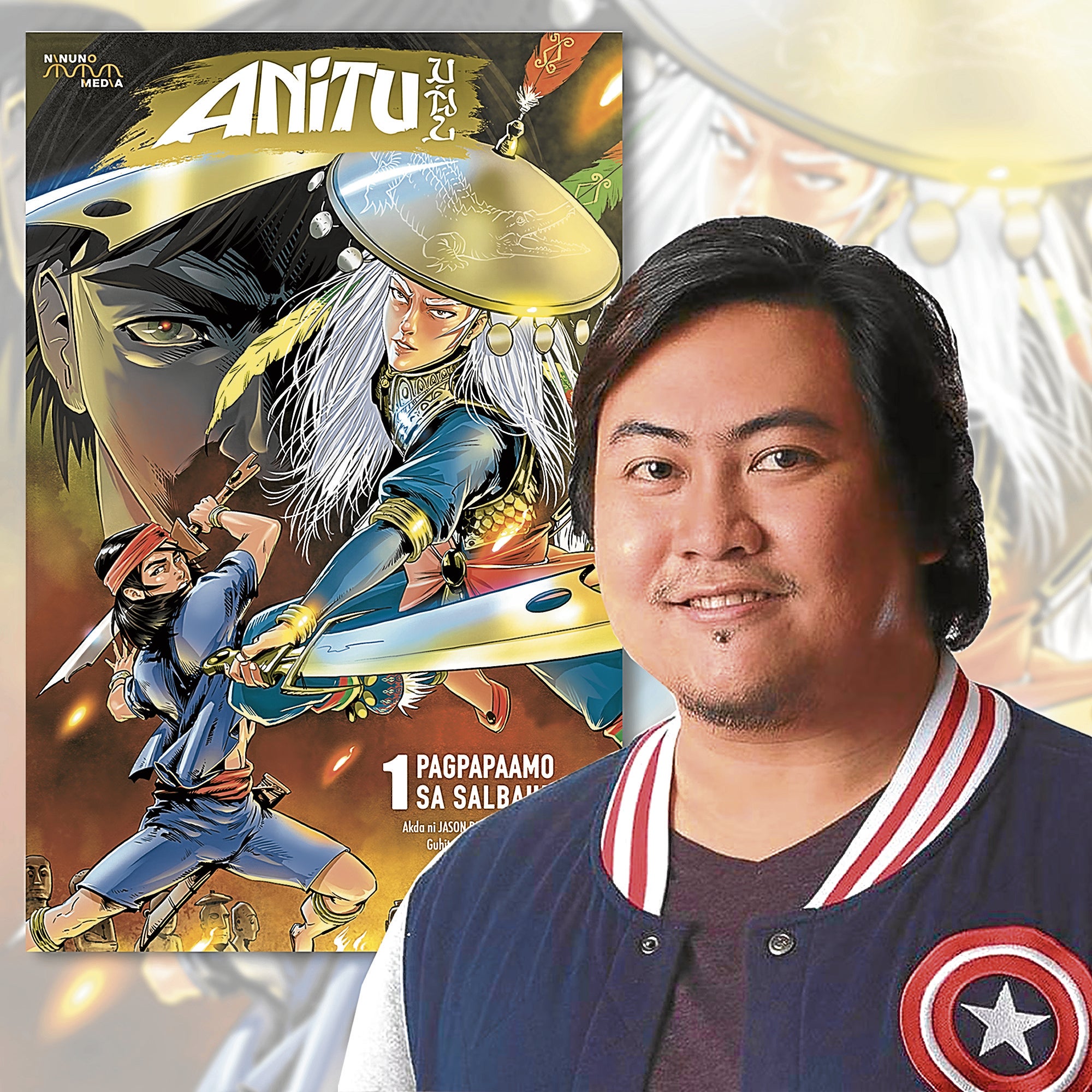 While he’s known mainly for his work as a filmmaker, Jason Paul Laxamana’s creative interests extend to other media, like comics. His drawing skills weren’t enough, however, he said, and this held him back.

But now that he has his own entertainment company, Ninuno Media, and has access to talented artists, Laxamana was finally able to realize his longtime goal.

“As a ’90s kid, I grew up watching a lot of Tagalized anime. And at some point, I dreamed of creating a manga or anime. But I didn’t pursue it because I couldn’t draw well. I did try collaborating with artists, but it has always been a challenge to make them commit to the job,” he told the Inquirer in an interview.

“Now that I head my own company and have the required resources to come up with a comic book, I went on and fulfilled one of my childhood dreams,” added Laxamana, who’s behind the films “100 Tula Para Kay Stella” and “The Day After Valentine’s.” 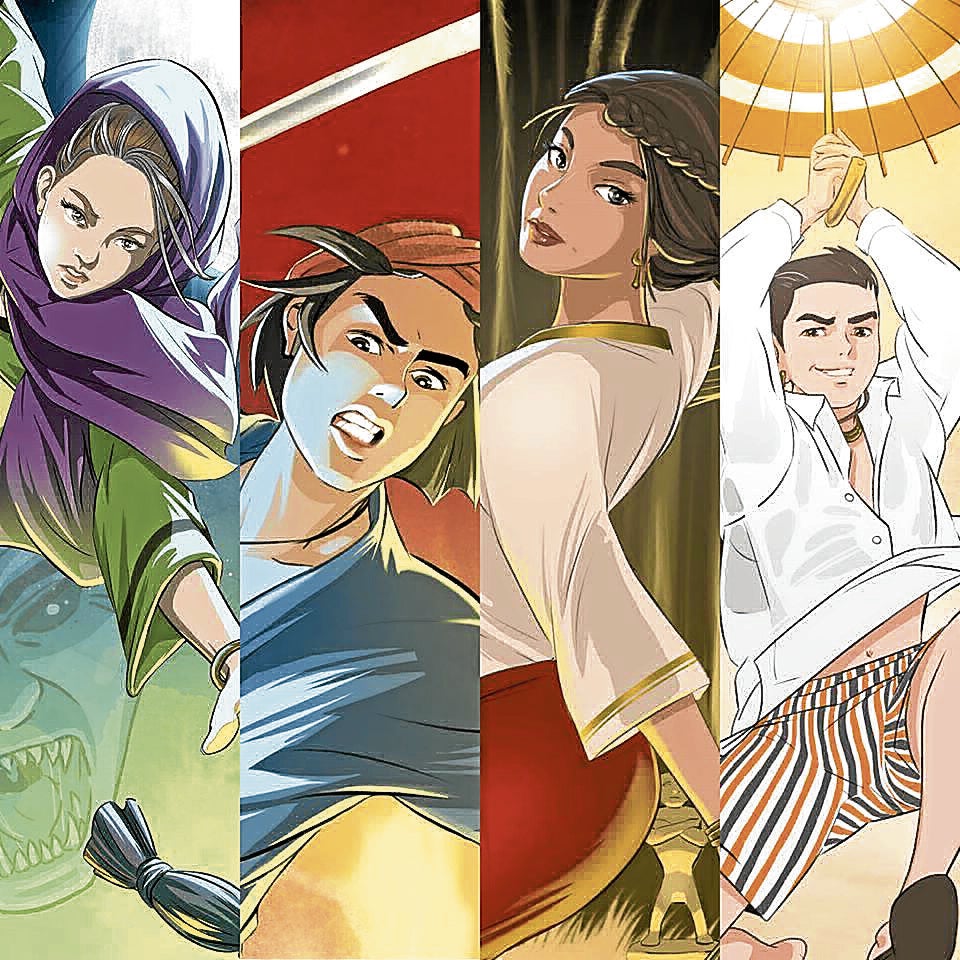 The story is set in “the land of Kapampangans,” where men, spirit and nature coexist in harmony. Disarray ensues, however, when the power-hungry conquistadores arrive in an attempt to take control of the land and force its people to adopt a different religion. Meanwhile, those who resist power—the remontados and tulisan—retreat to the mountains.

The young warrior Uri, a principled swordsman, knows that the people have to fight back and reclaim what’s rightfully theirs. So, he trains three other men to help his cause: Sampaga, an aspiring shaman; Miguel Batibot, a trainee in native martial arts; and Tuyag, a half-human/half-Aswang healer.

Each one exhibits skills and possesses weapons and magical items that will educate the readers about bits and pieces of precolonial and early colonial Philippine culture and folklore.

“The creation of ‘Anitu’ involved months of research. While it’s fictional and fantastic, many elements of the comics allude to real historical events, such as the conquistadores’ pacification campaigns, the uprising by natives and the eradication of shamanism,” Laxamana said of the series, which was illustrated by Ruel Enoya.

For Laxamana, Filipino mythology has always been a fascinating source of material, because it allows us to connect to our cultural heritage. 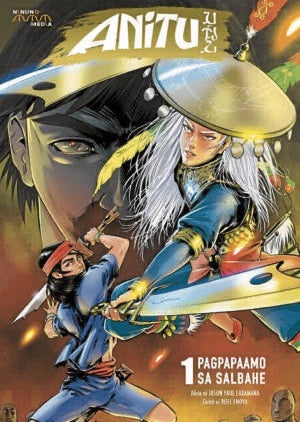 “Growing up, we have always been taught about other countries’ mythologies, but rarely about our own. So in a way, we were led to believe that our ancestors, or we, didn’t have colorful folklores. And thus, we subconsciously develop a cultural inferiority complex,” he related.

“I find our own stories to be interesting materials, because they have the power to reverse that said inferiority complex,” he added. And he believes that one way to shine the light on local mythology and reinforce cultural identity is through pop culture.

“It’s important to feature these in pop culture, because the Philippines needs all the help it can get when it comes to establishing a cultural identity. I believe one reason the Filipino youth are easily drawn to Korean, Japanese, European and American cultures is because they lack knowledge about their own,” he observed.

“Worse, our education [system] seems to be hellbent on wiping out anything Filipino from its curricula,” Laxamana added. “The presence of heritage in pop culture then is important if we want to prevent the youth from fully disintegrating from their Filipino identity and cultural pride.”

Meanwhile, asked if people can expect a live-action adaptation of “Anitu” in the future, Laxamana said the goal is to turn it into a multimedia. “[We hope to produce] games, movies, series, etc. But I want to popularize it as a comic book first,” he said.