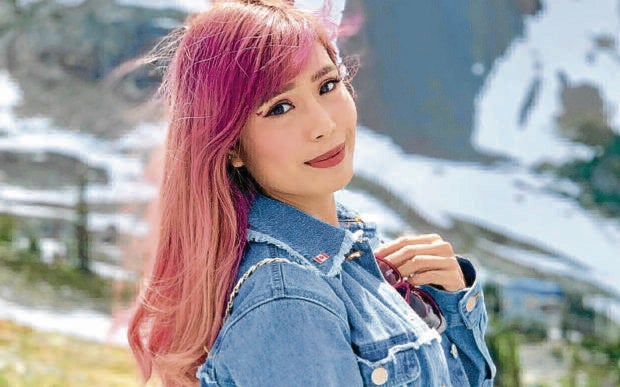 While she had already appeared in various television series, Myrtle Sarrosa has yet to land a starring role in one—a longtime dream she hopes to fulfill in the near future.

“When I was starting out, my biggest dream was to play lead in a teleserye. One of my most painful experiences was the cancellation of a series I was supposed to do. We had already started taping after the reality show (“Pinoy Big Brother Teen Edition 4” in 2012). But something happened to a coactor, so it didn’t push through,” she said in a virtual conference.

“I lost the opportunity,” Myrtle added. “Since then, I realized that there were other opportunities that went my way, but I wasn’t able to see them clearly back then, because I was very new in the industry.”

But now that she’s with GMA 7, she’s optimistic that she will get another shot.

What type of role would she like to tackle? “I want something that’s different from my personality. I would love to do a fantasy series—this is something I always say,” the 26- year-old celebrity said.

And that makes perfect sense, because she’s also one of the most popular cosplayers in the country. “I love the costumes,” she said. “Perhaps I can even play a villain.”

Show biz is a competitive space, she pointed out. And sometimes, she can’t help but feel that she isn’t good enough. So she sought self-improvement. She finished her studies and dabbled in different things.

Aside from acting, Myrtle also intends to focus on music, which made life amid the pandemic a little easier.

“Music has a healing factor, especially now that we’re just at home. Meditation music calms me at night when I can’t sleep. When I wake up not feeling so good, I listen to BTS. It instantly perks up my mood. Music really helps us,” related the singer-songwriter.

Myrtle, who has written songs for other artists like Jennylyn Mercado and Maja Salvador, held a digital concert last November. It was inspired by one of her compositions “Still Love Me,” which alludes to the support she has been getting from fans for the past eight years in the industry. “Despite the changes in management and no matter the endeavor—cosplay, acting, music, being a student, the fans are still there,” she said.

So far, as a Kapuso talent, Myrtle has done acting, music and hosting projects. And she plans to continue exploring these show biz paths.

“I’m just trying to make the most of the skills I have. I’m glad I’m able to showcase Myrtle the cosplayer, actress, singer-songwriter,” said Myrtle, who’s also a game and online content creator. “I want to be known for all these things and not get boxed in a specific category.”

Myrtle’s wish for her personal life this year is simple: To make up for lost time with family and friends because of the pandemic.

“I’m grateful for my health and for every waking day, for every negative test,” she said. “I hope to connect with people. And I hope everyone stays safe. I’m no longer thinking about material things, traveling or doing this or that. I just want to see the people I love.” INQ