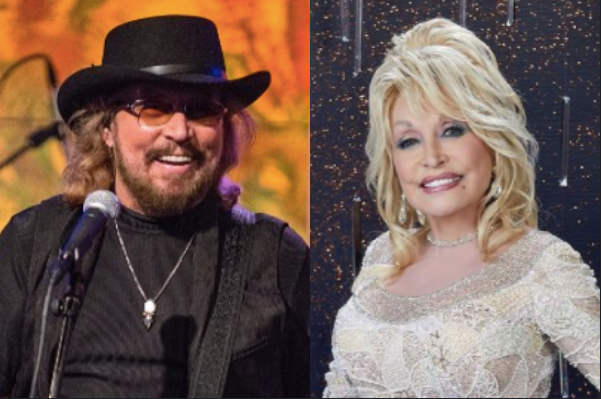 The Bee Gees’ Barry Gibb and Dolly Parton teamed up for a duet of “Words.” Image: Instagram/@paul_undersinger via @officialbarrygibb; @katiekauss via @dollyparton

Dolly Parton and Barry Gibb of the Bee Gees delighted fans after they teamed up for a duet of the musical group’s classic “Words.”

Heading into 2021 seemed promising as Gibb announced on New Year’s Eve that he and Parton collaborated on “Words” for his new album “Greenfields: The Gibb Brothers Songbook, Vol. 1,” available worldwide on Jan. 8.

“Happy New Year everyone! So excited to share #words with you all,” Gibb said on Twitter Jan. 1 (Dec. 31 in the United States). “@DollyParton and I had so much fun singing this song together from my new album #greenfields… I hope you enjoy it as well. It’s out today on #youtube #spotify #apple.”

Happy New Year everyone! So excited to share #words with you all. @DollyParton and I had so much fun singing this song together from my new album #greenfields. The album is available everywhere January 8th. I hope you enjoy it as well. It's out today on #youtube #spotify #apple pic.twitter.com/wZlwHjy7Uv

Parton also shared she was “honored” to do the collaboration, as she shared a snap of her and Gibb working on the song in the studio via Instagram on Jan. 1 (Dec. 31 in the US).

“I was honored when my dear friend @officialbarrygibb asked me to join him for a speech version of ‘Words’ on his new album!” said Parton.

“Words” was released originally by the Bee Gees in 1968, written by Gibb and his late brothers Maurice and Robin, according to Rolling Stone magazine on Jan. 1. Gibb’s new album includes other renditions of Bee Gees classics such as “Jive Talkin,’” performed with Miranda Lambert, “Words of a Fool” with Jason Isbell and “Butterfly” alongside Gillian Welch and David Rawlings. Cody Cepeda /ra

You may listen to Gibb and Parton’s “Words” below.