Anthony Hopkins celebrates 45 years of sobriety: ‘I want to live’ 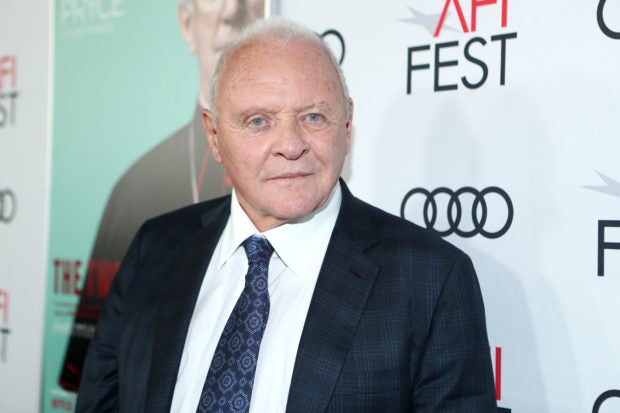 “It’s been a tough year full of grief and sadness for many, many, many people. But 45 years ago today, I had a wake up call. I was heading for disaster, drinking myself to death,” Hopkins said. “I’m not preachy, but I got a message, a little thought that said, ‘Do you want to live or die?’ I said, ‘I want to live.’”

With gratitude, I celebrate 45 years of sobriety. pic.twitter.com/fxzMRGlI4m

The Oscar-winning actor added that in acknowledging his desire to live, he suddenly felt relief come into his life. He admitted he has his off days, as well as doubts every now and then, but he encouraged those who may be in the same boat to hang on.

“I say hang in there. Today is the tomorrow you were so worried about yesterday. Young people, don’t give up, just keep in there, just keep fighting,” he said. “Be bold and mighty forces will come to your aid. That sustained me through my life.”

“But I look at it, and I think, ‘What a great blessing that was, because it was painful.’ I did some bad things. But it was all for a reason, in a way,” Hopkins was quoted as saying. “And it’s strange to look back and think, ‘God, I did all those things?’ But it’s like there’s an inner voice that says, ‘It’s over. Done. Move on.’” Cody Cepeda  /ra

Billy Crawford celebrates 1 year of being sober, opens up on being called ‘too thin’