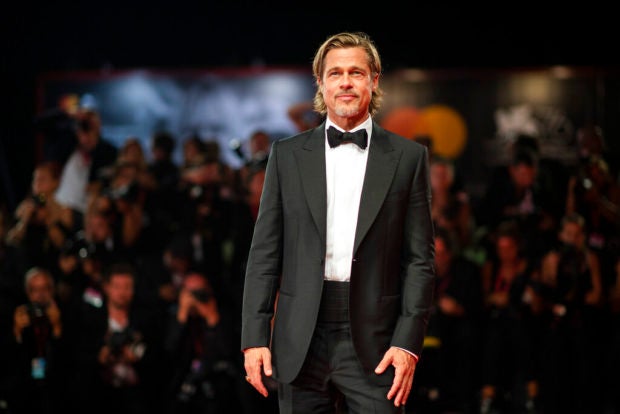 Actor Brad Pitt reveals that he found a “safe space” for being vulnerable while in Alcoholics Anonymous.  Image: Arthur Mola/Invision/AP

Brad Pitt opened up on allowing himself to be vulnerable when he went to Alcoholics Anonymous after Angelina Jolie filed for divorce.

The Hollywood star discussed his journey to sobriety in a New York Times interview on Wednesday, Sept. 4.

After Jolie filed for divorce in September 2016, Pitt revealed in a May 2017 GQ interview that he had been “boozing too much” and has now replaced alcohol with cranberry juice and fizzy water.

In this recent interview, he spoke of his stint in Alcoholics Anonymous, which lasted a year and a half. “I had taken things as far as I could take it, so I removed my drinking privileges,” he ssid.

He said the group he was with were all men and that he was able to trust them in the therapy because of their vulnerability. “You had all these men sitting around being open and honest in a way I have never heard.”

He shared, “It was actually really freeing just to expose the ugly sides of yourself. There’s great value in that.” So committed was the group in the therapy that Pitt’s time there remained confidential among participants.

Pitt noted that putting on an act of being strong is something he adopted from his father, who owned a trucking company in Missouri.

“I grew up with that be-capable, be-strong, don’t-show-weakness thing,” Pitt said, reflecting that this mind-set took a toll on him. “I’m grateful that there was such an emphasis on being capable and doing things on your own with humility, but what’s lacking about that is taking inventory of yourself.”

He mused, “It’s almost a denial of this other part of you that is weak and goes through self-doubts, even though those are human things we all experience. Certainly, it’s my belief that you can’t really know yourself until you identify and accept those things.”

Pitt’s recent film projects this year include “Once Upon a Time… in Hollywood” and “Ad Astra.” Last April, a judge ruled that he and Jolie are both single while their divorce is being finalized.  Niña V. Guno /ra

Brad Pitt on Leonardo DiCaprio, rumors that he’s quitting acting and getting older