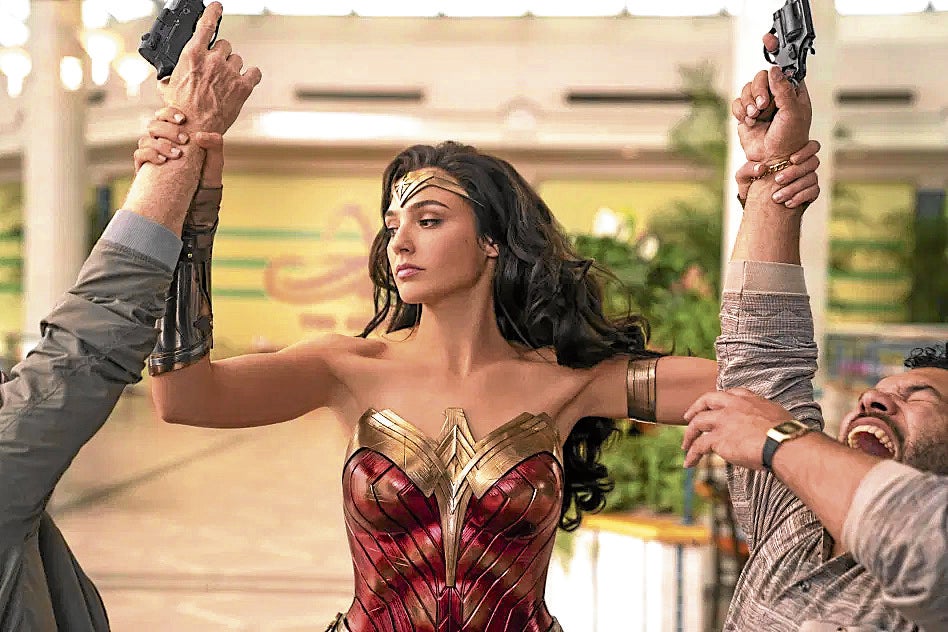 The 1980s may be known for its focus on consumerism, the rise of the cable networks (MTV) and the radical shift in musical taste, but we love that era just the same. From the big hair and garish, multicolored fashion to loud music (punk rock, New Wave, ballads soaked in unapologetic mush), people embraced that decadent era’s happy, fizzy and campy excesses—and felt good about it.

It is a flawed, feel-good and fabulously realized piece of entertainment. But more than anything, director Patty Jenkins’ escapist puff, the second in DC Extended Universe’s intended trilogy about Amazon princess Diana of Themyscira (Gal), provides viewers a glimmer of hope that the bad guys, however invincible they think they are, will eventually face their day of reckoning at the hands of—gasp!—a woman.

Yes, you don’t need the brawny and brutal brooding of Batman to blow the baddies to smithereens—especially, not if you have the mythical, self-sacrificing Asteria by your side. In fact, you have to watch the film and wait until the mid-credit rollout to fully appreciate this winking, no-spoilers reference—trust us, it’s worth the wait!

We love the grit, relevant gore and the punch-drunk realism of other superhero films and TV series. But desperate times (there’s a pandemic going on, remember?) sometimes demand more than just acquiescing to the dark mood and atmosphere we’re all in—and “WW1984” is just the hot-to-trot ticket the world needs to take our minds off all the doom and gloom after getting the wind knocked out of us. Besides, if you hate the ‘80s so much, perhaps you’d rather get stuck in … 2020? We rest our case.

The sequel to 2017’s “Wonder Woman” reboot takes place 66 years after much of the events in the first movie, where Diana’s lover, dashing pilot Steve Trevor (Chris Pine), sacrifices himself to save mankind. 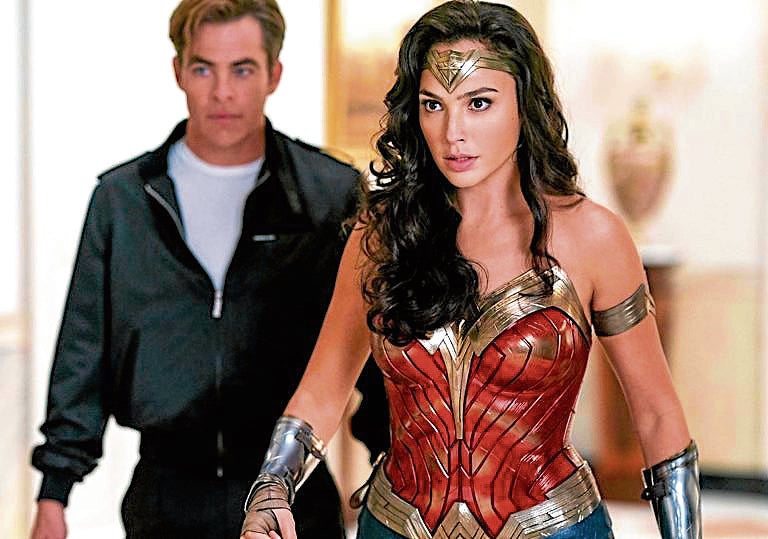 Set in 1984, Diana, now an anthropologist at the Smithsonian in Washington, DC, stumbles into a deceptively inconsequential but magical Dreamstone that grants people’s wishes, and unwittingly brings Steve back to life in another man’s body.

This is where Diana crosses paths with Barbara Minerva (Kristen Wiig), a perpetually ignored and bullied gemologist who also works at the Smithsonian, and Max Lord (Pedro Pascal), a businessman desperate to save his failing oil company from imminent bankruptcy.

When they get access to the Dreamstone, they think they have found the ultimate solution to all their troubles, not realizing that, as the worn-out adage in the world of superheroes goes, “with power comes great responsibility.”

Unknown to them, however, is the undisclosed detail that the Dreamstone is the brainchild of Dolos, the god of lies and mischief, who expects a dangerous payoff for every impossible wish he grants. But you only need to renounce your wish to reverse the ensuing “curse.” Of course, we know what to expect from Barbara and Max, but is Diana willing to lose Trevor again in the name of duty? We’ll give you one guess.

As mentioned earlier, there are flights of logic that weigh down the spectacular film’s believability: Like, why would a woman want to be Cheetah if she can be Wonder Woman, Supergirl or Captain Marvel (OK, the latter flies in another superhero Universe)? Why wear Asteria’s armor if it’ll only make you look like a moving, gold-plated sarcophagus?

And why punch the bejesus out of pesky goons if your pretty Lasso of Truth can force them to submit to your every command? Even more pertinently, why fly a plane (an invisible one, natch) if you can fly? But hey, “WW1984” is a superhero movie, after all. There are a lot about its disparate elements that defy explanation—but, then again, so does faith and the belief that we’ll all get through whatever crisis, personal or otherwise, we’re facing these days. 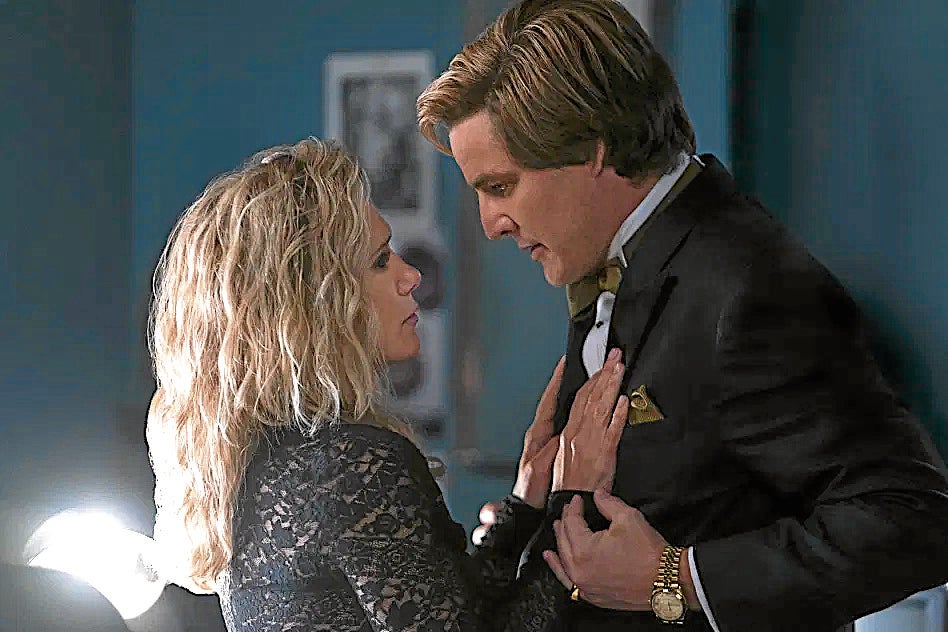 Besides, just the sight of Gal Gadot and Chris Pine fighting the good fight despite seemingly insurmountable odds will make you believe that their characters’ good deeds will not go unrewarded. More than that is the incontrovertible fact that both actors are charismatic as all get-out—it’s easy to root for them waging war against the bad guys of the world.

As a kid, we grew up keeping Wonder Woman (portrayed with gutsy flair and iconic flourish by Lynda Carter, from 1975 to 1979) company as she blazed a trail for female superheroes on the small screen. Her exploits may be works of fiction, but it’s hard not to get swept off our feet by a one-woman-army trying to make one chaotic world full of megalomaniacs and “pasaway” leaders feel a little safer and better.

In “Wonder Woman 1984,” Diana shows more humanity than divinity; She loves with no conditions, grieves over the loss of a loved one, and even finds herself making Solomonic choices.

We even see her get hurt and wounded—for the first time, if memory serves—this despite the fact that this Amazonian princess, the daughter of Zeus and Queen Hippolyta of Paradise Island, is really an immortal being.

It’s this human frailty that keeps the demigoddess relatable and brings her battles closer to home. Throughout all her weaknesses and woes, Gal imbues Diana with a sense of wonder and feel-good cheer that inspire viewers to never give up. Like ours, her weaknesses make her vulnerable to abuse. But regardless of the difficulties, you can always rely on her to stand up for what’s right and just.

And just like the rest of us mere mortals, this demigoddess must realize that, especially in troubled times, “you can’t see what you’re learning until after you come out the other side.”