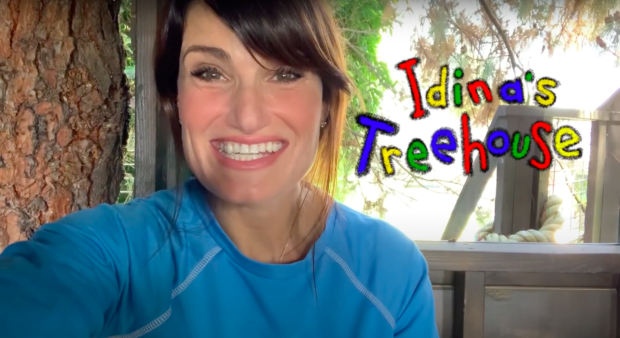 After starring as Elsa in “Frozen,” Idina Menzel is now teaching kids in her new web show called “Idina’s Treehouse.”

The educational program sees Menzel record herself in her son’s treehouse, as seen in the first episode on YouTube last Monday, Dec. 29. The Tony- and Grammy-winning artist came up with the idea for the program while escaping to the treehouse for some peace amid the pandemic.

Menzel also quipped that since her son is already 10 years old, she ends up using the treehouse more than he does nowadays. In the first episode, Menzel enlists the help of her sister Cara and a farmer named Scott to teach kids about words and animals.

As the episode ended, Menzel showed off her popular singing voice as she encouraged her viewers to join her in singing Cyndi Lauper’s 1986 hit “True Colors.”

Menzel last starred in the 2019 sequel to “Frozen,” where she reprised her role as Elsa. She is also set to appear in the upcoming musical film “Cinderella,” which is based on the fairy tale of the same name. Menzel will be portraying the role of Cinderella’s stepmother, Vivian.  /ra