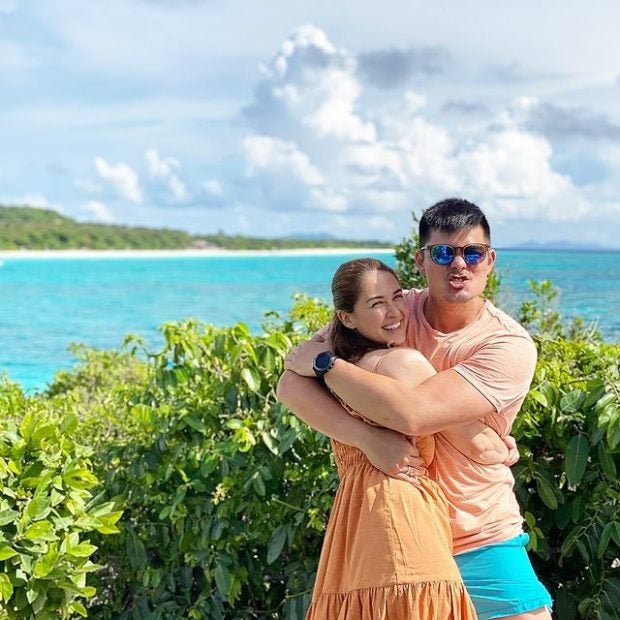 Dingdong Dantes and Marian Rivera marked their sixth year of marriage at a beach with their children, Zia and Ziggy.

The couple both took to their Instagram pages yesterday, Dec. 30, to share a short yet touching message for each other.

“To my life… Happy 6th!” Rivera told her husband, alongside an adorable photo of them hugging by the waters.

As for Dantes, he quipped if their picture made it obvious that he is still so in love with Rivera.

Along with their anniversary, the couple have been enjoying quality time with their young kids at a beach.

“I am just so grateful that we have been given this opportunity to freely run around and appreciate nature inside this bubble, without fear of getting anything unwanted,” Dantes said in a separate post.

Dantes and Rivera met back in 2007 when they starred opposite each other in the popular TV drama series “Marimar.” They eventually tied the knot in 2014 at the Cubao Cathedral in Quezon City.