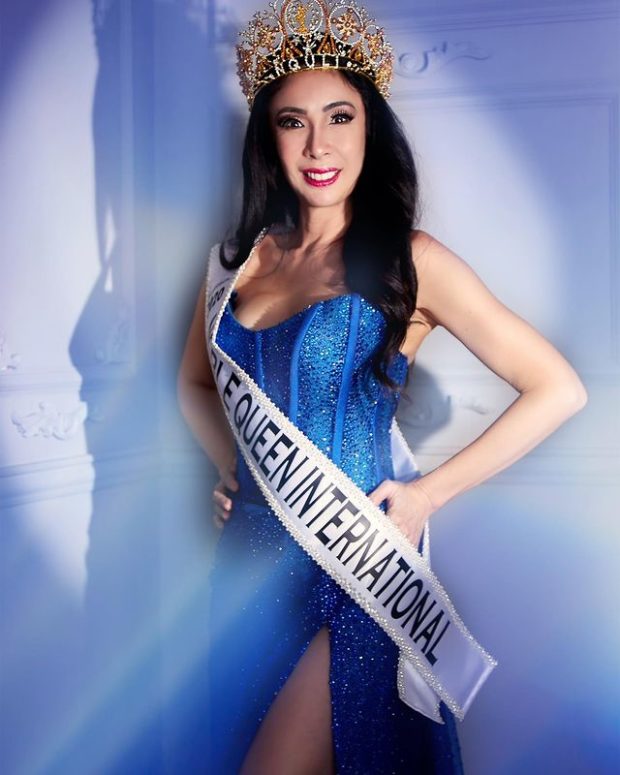 Giselle Sanchez was crowned Noble Queen International 2020 after competing in the online Noble Queen of the Universe pageant yesterday, Dec. 30.

The actress shared her achievement on her Instagram page shortly after the event alongside a photo of her looking regal in a royal-blue gown.

“I did it! I was able to Bring home the crown as Noble Queen of the Universe International!” she said.

Sanchez also took the time to congratulate her fellow contestants who won the other major crowns. Maegan Camaisa from Southern California, USA, won the title of Noble Queen Universe. The other winners were Aditi Ahuja of India as Noble Queen Globe, Janeen Streetman of US West Coast as Noble Queen Tourism, and Rhonda Swan of US Mainland as Noble Queen Earth.

“Sixteen [family-oriented] women with advocacies all over the world fought for the five crowns and I am so blessed to have brought home one for the Philippines,” she expressed.

Sanchez also noted that she joined the pageant after fellow actress and the 2019 Noble Queen of the Universe Patrica Javier spoke to her. Javier pointed out that Sanchez could use the event as a platform to gain more donors for her advocacy of supporting homeless families.

Now that she has finished the pageant, Sanchez will be blessing a new house for a homeless family in a few days courtesy of the Noble Queen franchise.  /ra

Rabiya Mateo says resiliency is ‘overused’: ‘Where are the tangible programs?’

Read Next
BTS 6th-most-tweeted-about people worldwide in 2020
EDITORS' PICK
Gilas out to prove Korea win not a fluke; Tab fires back at ‘lucky shot’ remark
Smart brings KCON:TACT especially 4U to subscribers from June 19 to 27
Smart celebrates all kinds of ‘#SimplyLove’ for Pride Month
SWS: Over 12M Filipinos still jobless as of May 2021
Brazil set to pass half a million COVID-19 deaths
WATCH: INQside Look with Fil-Am actress Aina Dumlao
MOST READ
Underdog Dasmariñas vows to fight to the death vs Inoue
PH internet speed middle of the pack worldwide – DICT
Knowing what drives China in SCS
Kai Sotto, Angelo Koaume lead Gilas roster anew for Korea rematch
Follow @RArcadioINQ on Twitter
Don't miss out on the latest news and information.