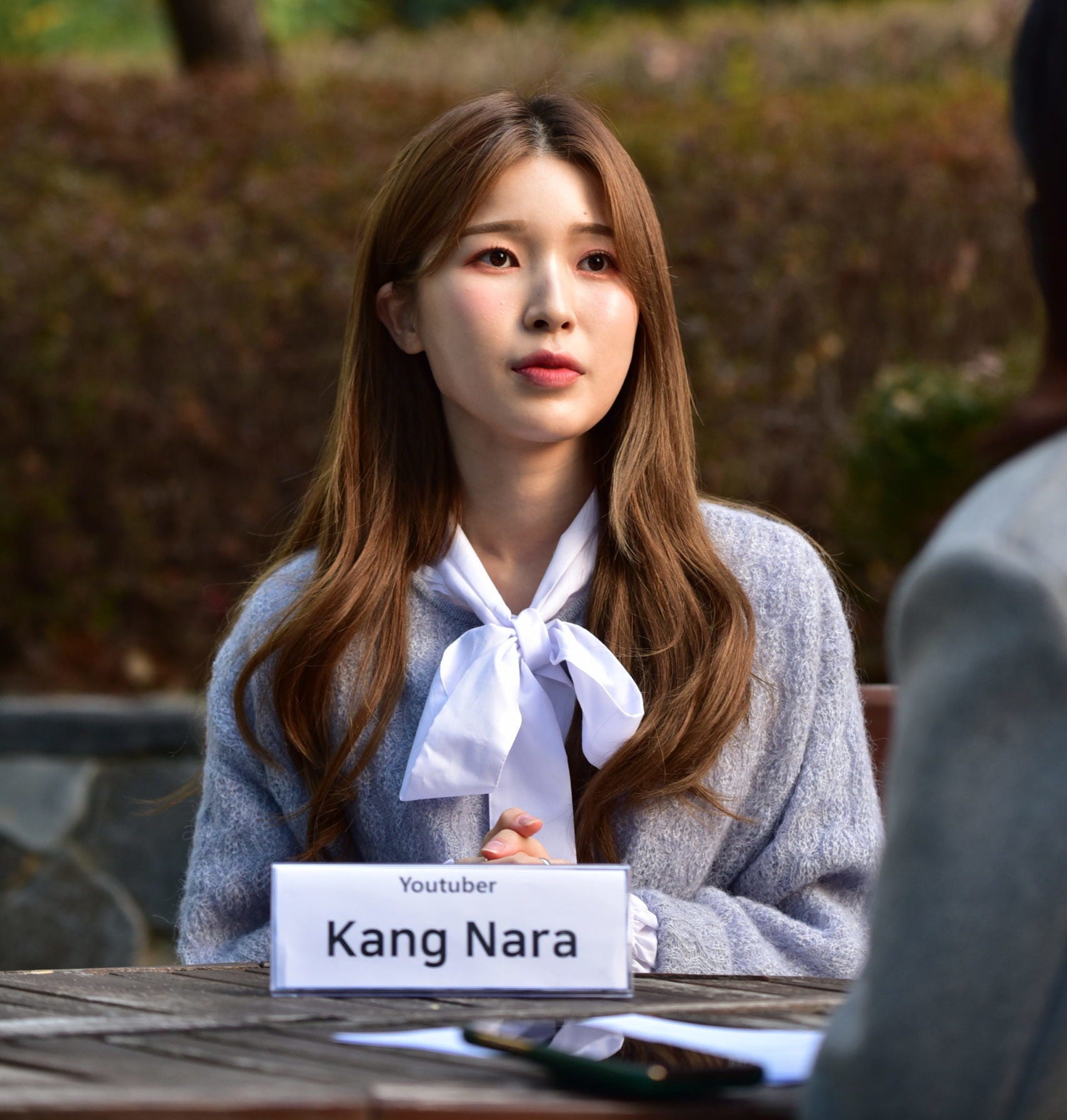 Kang Nara, who calls herself as an influencer, has an audience of hundreds of thousands of South and North Koreans in her YouTube programs. PHOTOS FROM KOCIS

In her teens, while bingeing on “Boys Over Flowers’” back home in North Korea, Kang Nara began to entertain the idea of entering the world of show business like the popular K-drama’s lead actress, Ku Hye-Sun, and crossing to the other side of the border.

At 17, she did just that. In December 2014, she took a tortuous journey to South Korea through a broker hired by her mother, who had defected years earlier.

She swam across a river in China, nearly drowning, before crossing into Myanmar and Thailand, and ending up in Hanawon, a South Korean shelter for reeducation of North Korean defectors, and began her dash to freedom.

She longed for freedom and a reunion with her mother.

Kang, now 23, hasn’t gotten around yet to playing her dream role in a K-drama, but she’s now a celebrity host of the YouTube channel, Nolsae Nara TV, with 244,000 subscribers.

(She majored in vocals at the Cheongjin Art High School in North Korea and put this to good use in her first year in South Korea, exploring broadcasting before shifting to personal internet broadcasting and finding her niche in YouTube hosting).

Kang appears in reality shows such as “Now On My Way to Meet You’’ (Channel A), and “Moranbong Club’’ (TV Chosun), where the hosts interview a panel of North Korean defectors, among others, every week.

“I work as an influencer,’’ she said.

But it is her work at Nolsae Nara TV that takes up much of her time. According to her, Nolsae means “I have a good life.’’

“In reality, I used to live well in North Korea without feeling envious of anything,’’ she said.

Not surprisingly, the celebrity is using her platform to talk about her country of birth –- her way of reaching out to North Koreans, including her father and brother who are still there — and promote unification.

“I couldn’t stop doing this because I came from there,’’ she told the Inquirer in an interview by e-mail.

Subscribers to her YouTube channel are either North Korean or South Korean fans interested in “real stories’’ from the North, she said.

And having lived on opposite sides of the border, Kang broadcasts content that blends her past experiences in North Korea with her current life.

“In North Korea, they are interested in `Korean Wave’ nowadays,’’ she said, referring to the global popularity of South Korean entertainment and culture.

“I grew up watching Korean drama `Boys Over Flowers’ and listening to the popular songs of Korean singers such as Lee Seung-Cheol and Lee Sun-Hee,’’ she said.

“People in North Korea don’t know much about various media in here. I am in 20s who is interested in love. So, I give information about cultural differences in romance.’’ 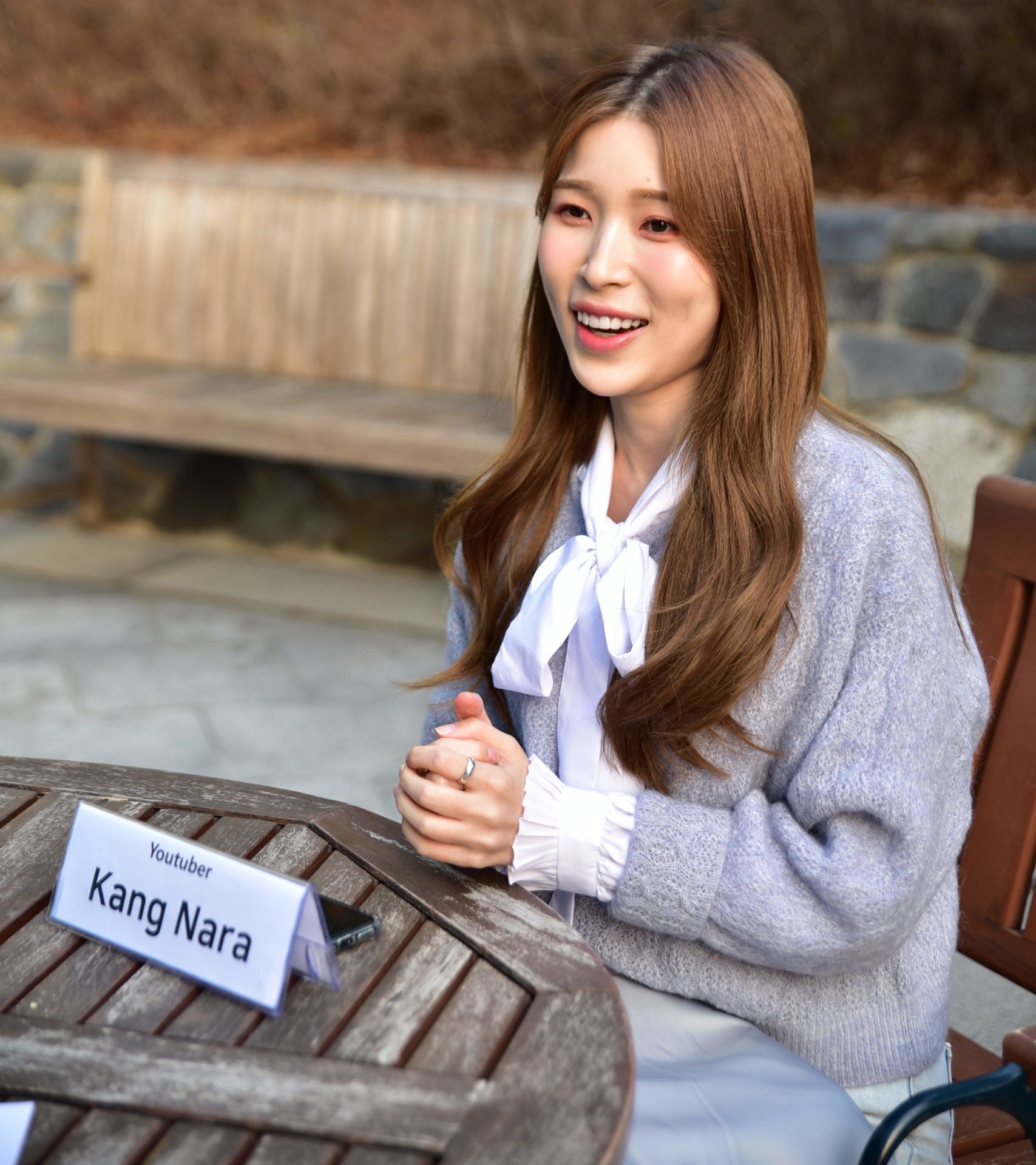 But thanks to smartphones, North Koreans have managed to save South Korean TV shows on their gadgets and share them with friends at night, according to Kang.

“After watching Korean drama, I made my skirt shorter,’’ she said, recounting her personal experience. “With this, I had a punishment to clean at bathroom for one week.’’

What was the most viral of her YouTube shows?

“People often think photos or valuable things. But in fact, defectors take a razor blade definitely and salt for good luck. These contents drew attention from overseas media such as Japan and other countries,’’ she said.

Kang is very much aware of the gap between the two Koreas, and uses her show to foster harmony. After all, her father and brother are in North Korea and had not communicated with them since the COVID-19 pandemic broke out.

“I always mention that `North Korea is a place where people live as well. We are the same ethnic group,’’ she said.

“I want to narrow the gap by reducing conflicts such as showing many diverse things. In my YouTube program, I can’t show too ugly alienations or add things that I don’t know.’’

Every now and then, she gives lectures either on YouTube or other platforms on finding common ground to make unification work, which she reckons is easier said than done.

“If all work together to build up good economic foundations, Korea might become a more powerful nation,’’ she said.

“I try to change negative ideas in my lectures, but that’s a hard thing to do if such ideas are too strong. This is a democratic country, people can think freely.’’

(Note: The Korean Culture and Information Service (KOCIS) facilitated the interview with Ms Kang as part of South Korea’s program for journalists during the pandemic.)