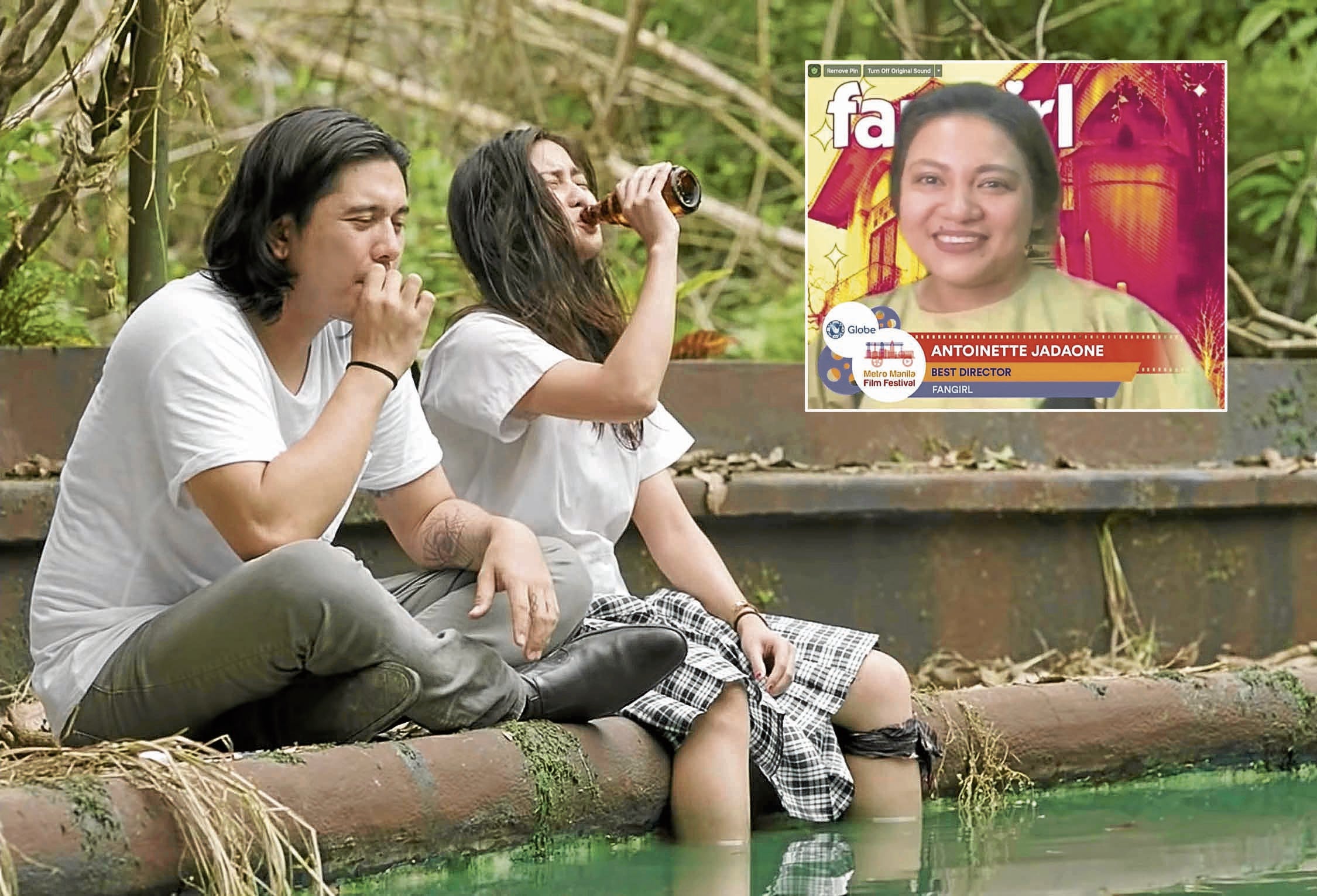 Antoinette Jadaone’s “Fan Girl,” a film about an obsessed teenage girl who spent an unforgettable night with her idol, was declared winner of nine awards, including best picture, during the virtual edition of the 2020 Metro Manila Film Festival’s (MMFF) “Gabi ng Parangal” on Sunday night.

While the film won most of the awards, it was also the most affected by online piracy, Jadaone said during a media conference on Monday afternoon.

“We are talking with the producers of the nine other film fest entries, as well as the organizers of the MMFF and Upstream (the festival’s official livestreaming partner). This week, we will be very busy with the filing of criminal cases against these pirates,” she said.

“There will be ‘real’ consequences for these online pirates and those who will patronize them,” she added.

In her speech, Jadaone thanked the people who collaborated with her on the project. “A director is only as good as the people who worked behind the camera with her,” she said.

“I used to just dream of being an actress. I never thought I’d get this far. I hope my parents are proud of me,” Dizon said.

“I know that life is difficult for most of us these days. I pray that things would get better soon. Let’s just hang in there. I’m sure that in the near future, better days will be upon us; that our lives will improve,” Avelino said in his “thank you” note.

“Tagpuan” lead actor Alfred Vargas, who also produced the film under his Alternative Vision Cinema, said: “Ours is but a small company but we plan to keep making worthwhile films because we believe that cinema and entertainment are art forms that contribute to a nation’s identity.”

Vargas, who is also Quezon City’s fifth district representative, called on young and aspiring filmmakers to collaborate with him.

“A film is a reflection of the times. This 2020 has been a struggle with the pandemic; because of this, we want to continue to produce films that will touch the hearts of Filipinos. AV Cinema is open to all. I hope to work with you soon,” he said.

“Ulan,” written by Jhay Cura and Pau Protacio for “Boy Foretold by the Stars,” was declared best original theme song.

Special awards were handed out during the virtual ceremony that was streamed on Facebook and YouTube on Sunday night.

As a result of the COVID-19 pandemic, this year’s edition of the MMFF features 10 entries that are streamed exclusively via upstream.ph for P250. The festival will run until Jan. 7, 2021.

Jadaone pointed out that even as the country battled the pandemic, pirates continued to find ways to record films without permission.

“Anyone can screen grab and record through Upstream just like in Netflix. Piracy is always illegal. It’s bad, but its worse when it’s happening during the pandemic. Now that we are hanging on for dear life, all the more we are being stepped on,” she said.

Producers, Jadaone said, had been teaming up to fight piracy. “We’ve always spoken against it but it’s now time that we take serious actions to help curb it,” she said.