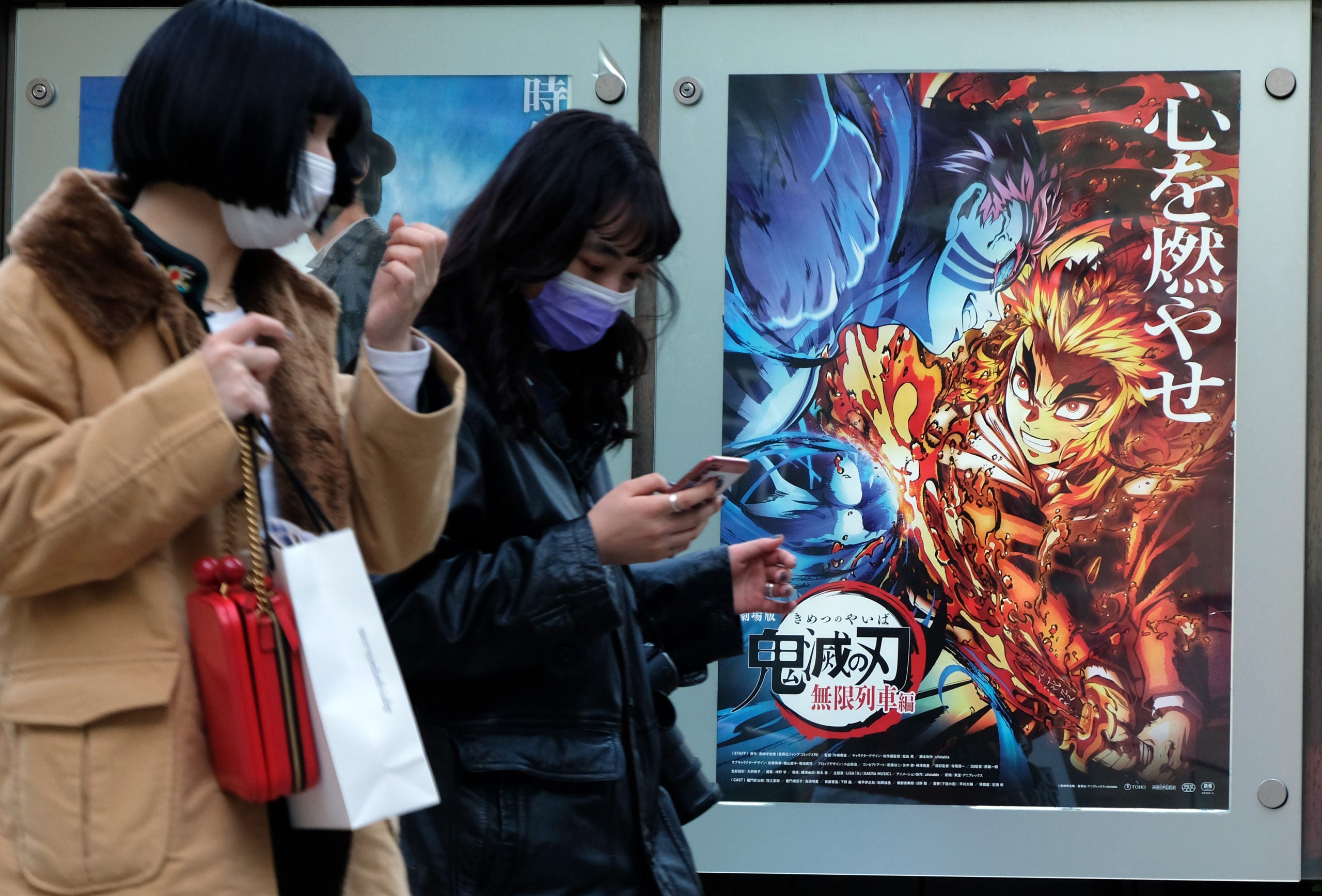 In this picture taken on December 16, 2020, pedestrians walk past a poster promoting the anime movie Demon Slayer — Kimetsu no Yaiba the Movie: Mugen Train — at a cinema in Tokyo. An anime epic in which a teenager hunts down and beheads demons has become the surprise sensation of Japanese cinema during the pandemic, and could soon be the country’s top-grossing film of all time. Photo by Kazuhiro NOGI / AFP

TOKYO — An anime epic in which a teenager hunts down and beheads demons on Monday became Japan’s top-grossing film of all time, its production company said, ending the near two-decade reign of Studio Ghibli’s “Spirited Away”.

“Demon Slayer”, based on the hit manga series, has chalked up 32.5 billion yen ($314 million) in box-office sales since its October release, a spokeswoman for anime producer Aniplex said.

The story of Tanjiro, whose life transforms when his family are killed in a demon attack, has drawn 24 million viewers to cinemas, she added — in a year that has seen movie theatres and film releases around the world hit hard by the coronavirus pandemic.

After weeks of closing in on the top spot, “Demon Slayer” dethroned the 2001 fantasy classic “Spirited Away”, whose total takings had reached 31.7 billion yen including ticket sales from a summer re-release.

Japan has seen a relatively limited outbreak of Covid-19, with some 3,200 deaths, although record numbers of new cases have been reported in recent weeks.

“Demon Slayer” has been helped by Japan not implementing the strict lockdown measures seen elsewhere, and movie theaters have largely stayed open, though with restrictions including mask-wearing.

Throughout the pandemic, people have been urged to avoid crowds — putting most other forms of mass entertainment off-limits — while a sophisticated marketing campaign, including tie-ups with shops and restaurants, and well-known actors voicing the characters, also helped boost the film.

The success of the movie, whose full title is “Demon Slayer: Kimetsu no Yaiba the Movie: Mugen Train”, has been a rare bright spot in the economic malaise that has accompanied the pandemic in Japan.

One research institute estimated the entire series has generated an economic impact of 270 billion yen in Japan alone.

“Demon Slayer” has already been distributed elsewhere in Asia with releases in Europe and the United States planned for next year.