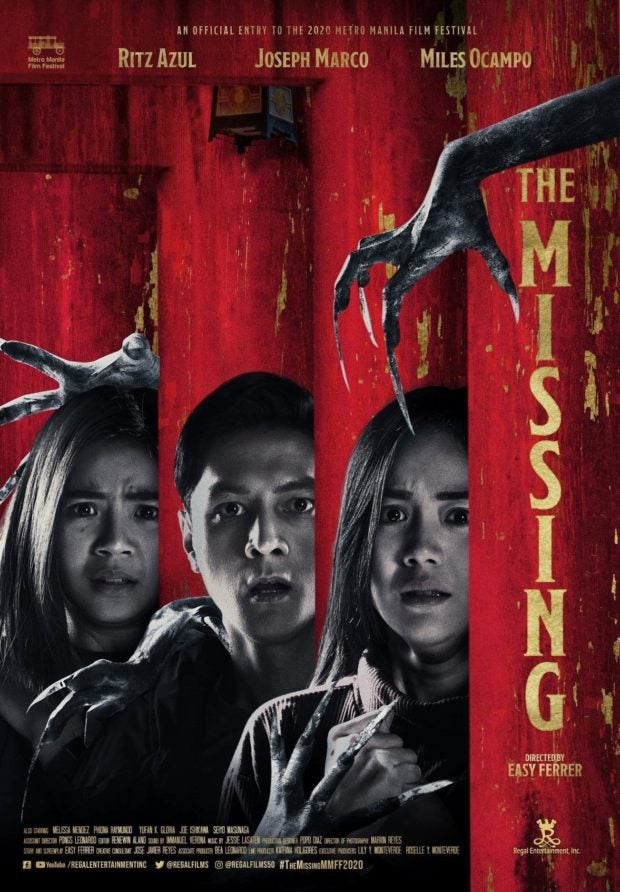 I will not go into detail with any specific scene and I will definitely not reveal what the ending is because that would spoil the movie for anyone who has not yet gotten to watch ‘The Missing’ from Regal Entertainment, Inc. on Upstream.ph. Now, below is my movie review of ‘The Missing’.

The atmospheric vibe of ‘The Missing’ is not that of a very dark gloomy one as everyone might assume because this movie belongs to the horror genre. There is a deliberate and conscious effort to make ‘The Missing’ not too overbearing for the moviegoer so he is able to absorb and comprehend what is going on. In short, it is meant not to drown the moviegoer in an overload of scary scenes which can cause him to wish to take a breather from continuing to finish the scene because not every moviegoer is a horror aficionado and can take non-stop bombardment of scary scenes one after another. There was a clear decision here to make ‘The Missing’ feel more balanced yet still deliver the scares at a more even pace to appeal to a much wider demographic.

In terms of the overall feel, ‘The Missing’ feels it falls right into the mold of previous local and international horror movies I have watched in the last ten years or so. Perhaps what separates this movie a bit from them is that there are very palpable elements of suspense and even that of being a thriller utilized and incorporated in ‘The Missing’ which pleasantly surprised me because it helped make my movie experience of watching it a whole lot better.

The cinematography is beautiful! The way the movie was shot was articulate, intricate, and well-executed to help get the most out of every scene. Only someone with a trained and very experienced eye for the visuals in making movies can accomplish this. You almost feel like you are getting a “tourist’s view” of Japan. It is already an accomplishment to shoot in a foreign country but to get the most out of it is praiseworthy.

The original score of ‘The Missing’ serves its purpose in heightening the fright, shock, and jump scares for the moviegoer. It did not sound like “stock” or overly familiar to me. Distinctive is a more precise word to use in describing the accompanying music to ‘The Missing’. There is a tendency when it comes to the original score of a horror movie, that precisely because of its genre, the scenarios in each scene can become predictable as to when the jump scare will take place but with ‘The Missing’ that was not exactly the case all the time. It was smart of them. 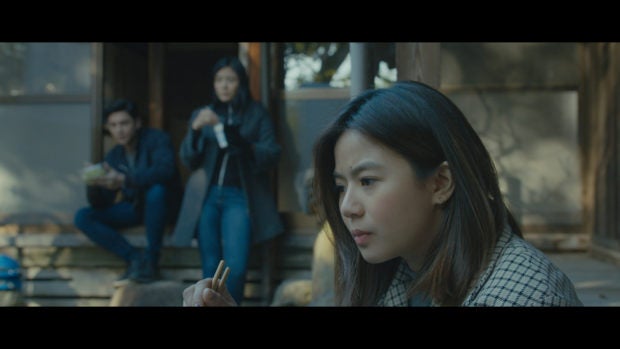 The plot of the movie is not entirely original in that it is virtually impossible to develop an original plot. Practically every kind of horror movie has been done, from every approach possible. I felt that with ‘The Missing’ there was an awareness of that. Despite that fact ‘The Missing’ is not a movie I can describe as a pure “clone” to ‘The Ring’ and ‘The Grudge’ and of other movies of its ilk. It can certainly stand on its own for several reasons. Sorry! I will not get into those details and discuss them. I have noted for a long time now that a lot of eyes and ears are already copying my style of writing, my interviewing approach to actors, and the way I do my movie reviews. Some even have copied my articles word per word. Now, those are the true clones! I am not going to do the work for you. Plagiarism is a crime! These people prove to me that being yourself or being an original is sadly becoming lost in this profession. Now, back to the matter at hand, the movie, ‘The Missing’. But you, the moviegoer, must watch this movie and in your own way decipher further on your own what I have said of ‘The Missing’. Develop your movie review skills as well.

Ritz Azul’s acting here should prove to anyone that she can be a mainstay in the horror genre from this point on, if she so chooses. Admittedly, there was some concern on my part as to how she could pull this off without appearing like she is “trying too hard” or looking out of place because that has become a fairly common pitfall for actors who transitioned to doing horror films. Happily, I did not see that happening in the case of Ritz Azul here in ‘The Missing’ from Regal Entertainment, Inc.

To be able to showcase convincing acting range in the two most opposite movie genres which are comedy and horror is no easy feat, and difficult to come through as genuine. Not everyone can do so without failing. Proof of this is that by the time the movie had ended, I completely forgot that Ritz Azul had even starred in a romantic-comedy movie two years ago called ‘The Hopeful Romantic’! The acting of Ritz Azul in ‘The Missing’ convinced me here that she was definitely the correct actor to be casted for the lead female role. Well done! I certainly look forward to seeing her being in more comedy and horror movies.

It does feel to me that this could be a new chapter in the movie career of Ritz Azul. If Hollywood has their own “scream queens”, we surely can have that on our side of the globe with Ritz Azul as a part of that distinct group of actresses. 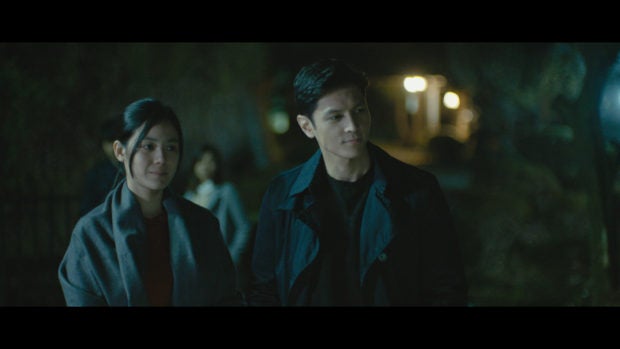 Effective in their roles, capable actors in their own right, they were. Obviously, with a heavy, dark, and disturbing storyline to ‘The Missing’ you cannot have a supporting cast who look like they were just there to back up the main star of the movie. They have to bring something to the table and deliver their own scene-stealing moments as well which I believe Miles Ocampo and Joseph Marco accomplished flawlessly. Again, casting was done right.

I am glad that ‘The Missing’ did not have one too many backstories which could possibly have derailed the storyline of the movie throughout its story arcs. Yes, there are a few backstories in this movie. However, while watching ‘The Missing’ I did not feel like my attention was taken away from the main storyline.

It is no secret that ‘The Missing’–as revealed in its official trailer–was going to be heavily influenced with Japanese Horror, namely groundbreaking movies like the original ‘The Ring’ and the original ‘The Grudge’. Of course, it was all over the movie where the inspiration primarily came from in terms of its overall tone, feel, direction, writing, storyline ideas and atmospheric vibe. But I did not mind it because ‘The Missing’ would fit nicely into the category of being one of the few movies that successfully, and rightfully so, paid homage to its original inspirations and influences yet somehow came off being an original in its own right. In short, to use a layman’s lingo, ‘The Missing’ did not feel shlocky or campy, to say the least. In fact, ‘The Missing’ is something I could describe as being “Smart Asian Horror” if that term even exists already which I am not aware of. If not, I am coining the term.

Indeed, ‘The Missing’ turned out to be a sophisticated scare fest as I was hoping it would be.

Is this movie worth repeated viewings – Yes