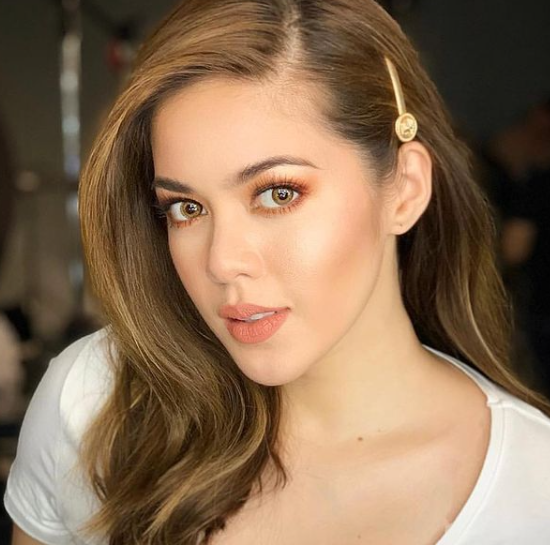 Kapamilya actress Shaina Magdayao is steamed up for yet her most “daring” role to date. This time, she lets go of all inhibitions as she breathes life into the simple yet complex character of “Tanya,” the free-spirited go-getter girl who would try to find herself in the 2020 Metro Manila Film Festival (MMFF) entry “Tagpuan.”

Originally titled “Manila, Hong Kong, New York,” the movie is about three lost souls who all have a story to tell. It boldly shows what real people entwined in real twisted circumstances feel and endure for and because of love. And as the story goes, it would try to ask questions that adults would ask about love.

Co-starring with fellow Kapamilya actress Iza Calzado and Congressman Alfred Vargas, the actress said the compelling material simply left her with no choice but to say yes even if it required her to give more.

Film director Mac Alejandre injected provoking exchanges and executions as a blatant portrayal of actual experiences of consenting adults as a natural course of life. Because of this, Vargas openly lauds Magdayao’s commitment to deliver and even described her performance as “mesmerizing.”

(Definitely there are intimate scenes, even in the vulgar words and terms we held no limit)

However more than the compelling scenes, the film is said to mainly highlight the inner struggles, pains and conflicts that mature individuals (in their 30s) go through as they submit to the complexities of love and life.

Although shot in different countries, the movie did not aim to showcase the glossy and touristy parts of these cities. In fact, they shot in locations depicting harsh realities of the lives of Overseas Filipino Workers.

In particular in some parts of Hong Kong, they filmed in areas showing not only Filipinos but Chinese nationals as well living miserably in cage houses because of financial challenges.

Getting business back on track

Just like all industries the world over, Magdayao’s businesses were also greatly affected by the pandemic. Their flagship business in particular, the family-owned Ystilo Salon had to close during the lockdown as most stores are located in malls. They too also had to lay off people to keep things afloat however, since the reopening of the economy, things are getting back to normal for her and her business.

Her other ventures however did well during the quarantine as online selling peaked.

Well in her 30s herself, the actress simply leaves everything to God when it comes to her personal happiness.

After a series of failed relationships in the past, the actress said she hopes that the next one would be the one and so she would simply not rush anything and just let things unfold.

(The Lord does not want it yet, He has other things for me to do. I don’t know with him [the one] he might have contracted Covid)

She also knows to herself that if and when the time comes, she would surely lay low from her career. However, the influx of projects still coming her way despite the pandemic simply tells her to give into the call of work for now.

She however admitted that she has been talking to a few who seem to show interest in her. But while she is enjoying romantic attention, her family and career are her main focus for now.

“May mga nakakausap, oo” she added.

(Yes, I’ve been talking to some [suitors])

“Tagpuan” as well as other MMFF entries will be globally released via Upstream.ph for only Php 250.00 starting December 25.