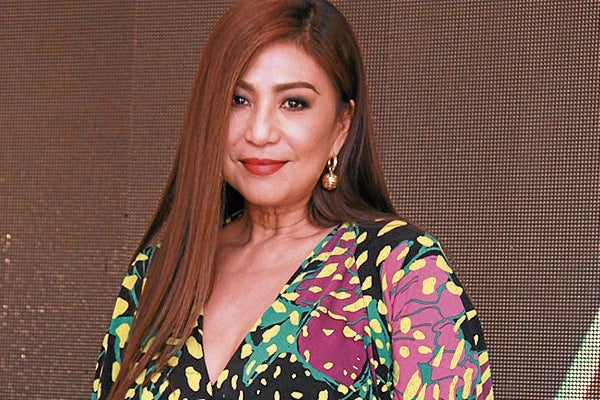 As the new director-general of the Film Academy of the Philippines (FAP), actress Vivian Velez is hell-bent on acquiring the uncollected P82 million in amusement tax from the Metro Manila Development Authority (MMDA), organizer of the annual Metro Manila Film Festival (MMFF), a money-making venture in which the academy is a beneficiary.

Each year, the FAP is entitled to 20 percent of the amusement tax collected during the MMFF’s two-week run, along with other film-related government agencies such as Mowelfund (Movie Workers’ Welfare Foundation), the Optical Media Board (OMB), the Motion Picture Anti-Piracy Council (MPAPC), and the Film Development Council of the Philippines (FDCP).

However, Velez said that when the leadership was turned over to her by former FAP head Leo Martinez, she discovered that the latter had filed a case against the MMDA in January 2014 before the Quezon City court to compel its leaders to release some P82.7 million worth of proceeds from the screenings in previous years.

“Nothing happened to the case. When I asked Leo about it, he just shrugged his shoulders. I went to MMDA and sat with some of the officers in charge of the MMFF and asked what had happened to the collection. They said this was already given to the FAP. That’s why I requested a document from them saying we have been paid. They have yet to show any document to me up to now,” said Velez, who also used to be a film producer.

“People from FAP swore they haven’t collected anything. I also saw in their documents that they haven’t gotten any. So who is telling the truth?” asked Velez.

Inquirer Entertainment has sought the reaction of the MMFF Executive Committee through MMFF spokesperson Noel Ferrer and is still awaiting a response as of press time.

“From what I’ve noticed with the MMDA, they kick out people who disagree with them. Leo got kicked out of the board years ago. Only recently, it was Liza Diño (Film Development Council of the Philippines chair),” Velez pointed out. “This is not a complaint. I’m just saying a fact. From December 2019 until now, we have only received P2.7 million. How can I run an agency with a budget that small?”

According to Velez, it was the Commission on Audit (COA) that informed the FAP about the uncollected P82 million from MMDA. “I emailed them about this particular collection. I had also tried to get our remaining funding for 2020, but I’m really having a hard time; what more the 82 million?” Velez said.

She added that MMDA had first failed to release funds to FAP under the term of chair Bayani Fernando. This then continued during the term of Francis Tolentino until the present, under retired Brig. Gen.Danilo Lim.

“I asked permission from members of the FAP management if it’s OK to talk about this publicly since we’ve exhausted all means of communication (to reach MMDA). They’ve agreed. It would have been better if we settled this amicably, but we have reached a dead end,” said Velez. “I had hoped we could get even just our remaining collectible for this year since it’s already December. Those proceeds are supposed to be in the hands of all the beneficiaries by now. I just don’t understand why it’s taking too long. I have to tell this to the people because they might think I’m not doing anything about it.” Velez took over FAP from Martinez in November 2019. “When I accepted the position, I already knew that there were a lot of internal problems. I was ready for anything. I wasn’t worried because I knew that all I had to do was tell the truth. That’s always been my way of dealing with things.”

Velez said she felt frustrated about having so many plans for the FAP, as well as for the industry, but is not able to fulfill them. “For instance, a lot of our film workers lost their jobs because of the COVID-19 pandemic. In fact, the entertainment sector is one of the hardest hit, but no one is doing anything to help us. It’s as if they’ve already forgotten about us.

“I also tried to reach out to the Office of the President. I wrote a letter requesting for an audience. I had hoped they would listen as I tell them what’s going on. That was three months ago. I have yet to receive a reply,” declared Velez. INQ