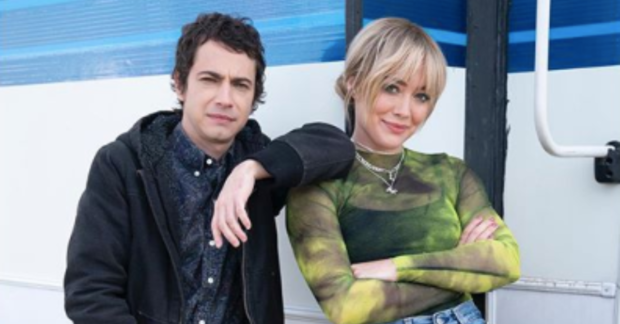 Adam Lamberg and Hilary Duff were set to return as BFFs Gordo and Lizzie in the “Lizzie McGuire” revival. Image: Instagram/@hilaryduff

The grown-up “Lizzie McGuire” reboot has officially been axed.

The show’s star and executive producer, Hilary Duff, announced the sad news to fans of the hit Disney Channel show. The revival was set to stream on Disney Plus.

“I know the efforts and conversations have been everywhere trying to make a reboot work but, sadly [and] despite everyone’s best efforts, it isn’t going to happen,” she wrote on Instagram today, Dec. 17. “I want any reboot of Lizzie to be honest and authentic to who Lizzie would be today.”

“We can all take a moment to mourn the amazing woman she would have been and the adventures we would have taken with her.”

A Disney spokesperson said in a statement, as per Variety yesterday, Dec. 16: “Lizzie McGuire’s fans have high expectations for any new stories. Unless and until we are confident we can meet those expectations, we’ve decided to hold off and today, we informed the cast’s representatives that we are not moving forward with the planned series.”

Production already began in late 2019, with the revival bringing back former cast members including Lizzie’s best friend Gordo (Adam Lamberg) and her family.

However, by January 2020 the show was put on pause when “Lizzie McGuire” creator Terri Minsky was removed as showrunner. Duff and the rest of the team only learned that Minsky was out when Variety published the story.

It appears that Disney and both Duff and Minsky had differences in the route adult Lizzie would go. The series ended with Lizzie in high school and the revival would have seen her turning 30 and figuring out life as an assistant to an interior designer in New York.

Disney reportedly decided to go a different direction after two episodes were produced, as per Variety. With Disney wanting more family-friendly content, in February Duff asked for “Lizzie McGuire” to be moved to Hulu so that Lizzie’s life as an adult could be more fully explored.

The actress said in her appeal, “I’d be doing a disservice to everyone by limiting the realities of a 30-year-old’s journey to live under the ceiling of a PG rating.” Niña V. Guno /ra