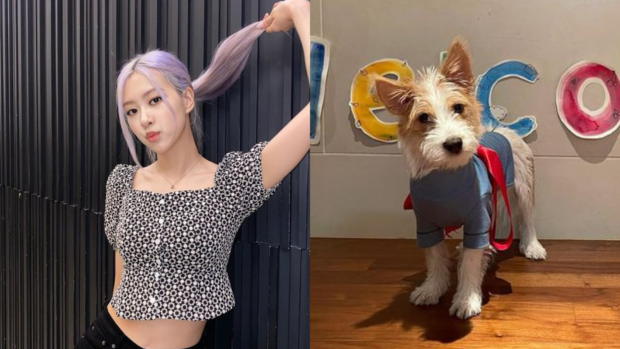 Blackpink member Rosé has opened her heart and home to a puppy that was abandoned by its previous owner.

The K-pop star took the dog, whom she named Hank, under her care on Dec. 2, as per an Instagram account dedicated to him called @hank_says_hank. Prior to being welcomed by Rosé, Hank was staying at an animal shelter in Gangneung, South Korea, SBS News reported yesterday, Dec. 11.

Following Hank’s adoption, the center that fostered him proudly shared the news on social media.

“We hope he lives happily and [stays] healthy with his forever family,” the shelter was quoted as saying.

Rosé also appeared to celebrate Hank’s arrival in his new home with a “Welcome” sign made out of paper. Hank then posed in front of it while wearing a blue shirt, as seen on its page.

Though Rosé has yet to post about Hank on her own page @roses_are_rosie, the K-pop star’s sister Alice Park has already shared some adorable photos of the pup.

“Precious @hank_says_hank [sparkle emoji] #nephewlove,” she said alongside pictures of him lying on a woman’s lap.

Along with adopting Hank, Rosé and her fellow Blackpink members—Jisoo, Lisa and Jennie—urged their fans to help join the fight against climate change. While they admitted that they are not experts on the topic, they are eager to learn how to protect animals and the environment. Ryan Arcadio/ra