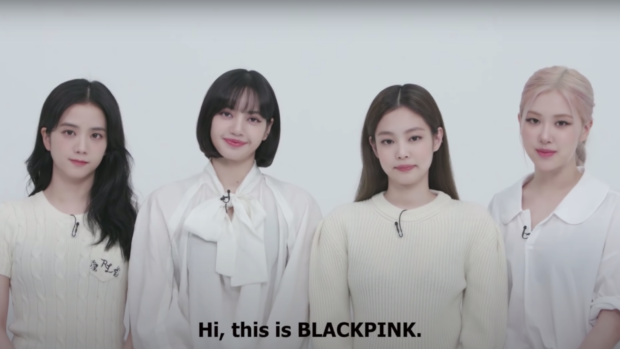 Blackpink encouraged their fans, known as BLINKs, to take a more active role in fighting climate change and its effects on the planet.

The K-pop girl group made the appeal while promoting an upcoming United Nations conference on climate change, as seen on their YouTube page yesterday, Dec. 9.

After a short montage of their performances played, the four members — Jisoo, Lisa, Jennie and Rosé — appeared in all-white outfits to speak about the environment. Though they admitted that they are not experts on the topic, they stressed that they are eager to learn more to help care for the planet.

“We learned that our world is changing. Every year, we’re seeing more extreme weather,” Jennie said. “Things like heatwave, droughts and flooding.”

Lisa also noted how natural habitats across the globe have decreased from 46% to 35% since she was born back in 1997.

Despite the disastrous effects caused by climate change, the group stressed that the upcoming conference can still help stop the destruction of the planet. The event, which is also called COP26, will take place in the United Kingdom in November next year.

Jennie then highlighted that climate change is a “global challenge” everyone can help solve while stressing the need for urgency.

“This is our planet. This is our future,” Lisa added. “Climate change affects us all.” JB