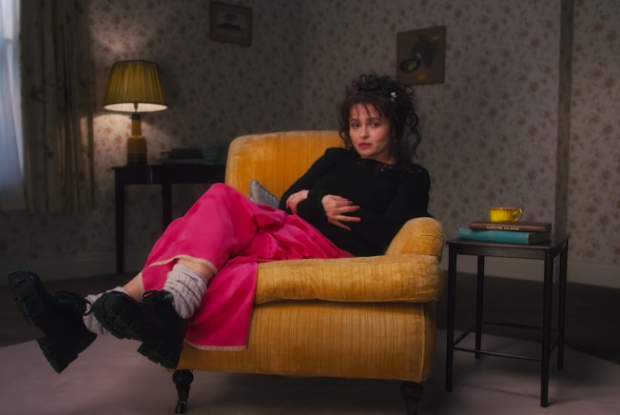 The star of “The Crown,” 54, lent her dating wisdom by partnering up with dating app Bumble as it launched a new campaign to tackle lockdown woes.

In the ad “When Dating Met 2020,” Bonham Carter points out the various struggles of dating while dealing with the effects of the global health crisis, from following strict social distancing protocols to not having anything interesting to talk about as people have spent months inside their homes.

With all these, the actress advised women to give themselves a break and take things easy for now.

“Also, do nothing. When the world is going crazy, when you are in shock from something, these are times to do nothing, be still,” Bonham Carter added.

The “Harry Potter” star also told women to “forget progress” for now and just “aim for tea in the afternoon and nothing more ambitious.”

Bonham Carter also disclosed that having single friends, she recognizes that this year “has been incredibly difficult.”

“Bumble have done their research and found that a lot of people who are single have felt that they’ve lost a year and they’ll never catch up. Which is of course neurotic nonsense and totally understandable,” she was quoted as saying.

“Women can often blame themselves but the fact is, it’s been an impossible year,” she added. “But impossibility is still the mother of creativity and there are still ways to meet people online.”

Bonham Carter also advised women to stop putting “goal posts” on themselves such as having to get a partner or have a baby by a certain age.

“Everybody develops at a different rate just as babies learn to walk at different ages,” she added. “I’m nearly 55 and I still haven’t grown up.”

Bonham Carter has been together with writer boyfriend Rye Dag Holmboe, 32, for two years now. She broke up with filmmaker Tim Burton back in 2014 after around 13 years. Previous to this, she was married to filmmaker Kenneth Branagh. Ian Biong/JB

Netflix declines to flag up to viewers that ‘The Crown’ is fiction, UK media reports