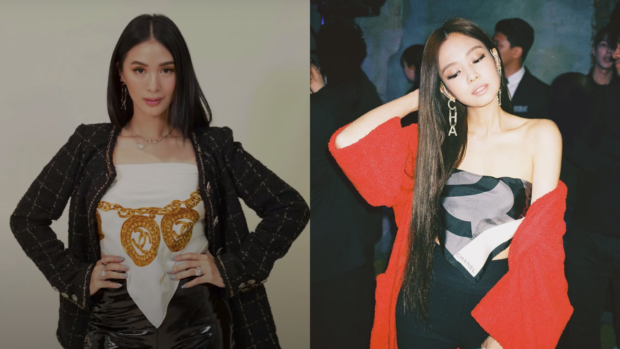 Heart Evangelista expressed her admiration for Blackpink member Jennie by recreating some of her makeup looks.

The actress channeled her inner K-pop star by copying Jennie’s “dewy look,” as per her vlog post on YouTube last Sunday, Dec. 6.

Evangelista also added shimmery pigments to her look to give her a glittery look and to add to the overall “dewy” finish. After applying the makeup, Evangelista dressed up in Chanel clothes and accessories similar to an outfit that Jennie wore.

Since Evangelista is “obsessed” with Jennie, she decided to recreate two more of her makeup looks as well. One featured a more matte finish that used less pigments while the other popped with striking colors such as pink, purple and blue.

Evangelista danced to Jennie’s debut solo single called “Solo” when she served as a judge on the TV reality talent show “Starstruck” last year. Though she described her performance as a “complete disaster,” she said that she still enjoyed dancing to one of her favorite artist’s tunes. JB