Imelda Schweighart gets heat for slamming Filipinos’ love for K-pop 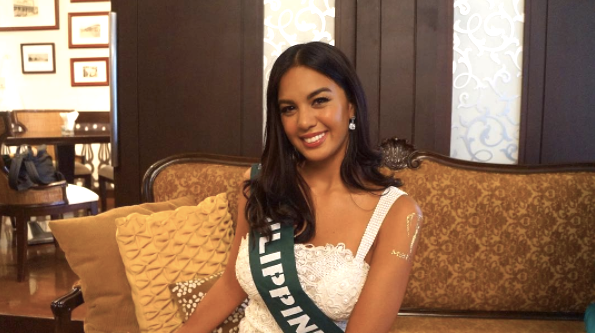 Beauty queen Imelda Schweighart drew flak after claiming that “Filipinos are losing their identity” in their appreciation for K-pop.

The Filipino-German model took to Facebook yesterday, Nov. 23, to rant against Korean music in a series of posts. Her page appears to have been taken down after her statements received criticism.

It is unclear what prompted Schweighart’s remarks. The ex-Miss Earth Philippines is a budding singer who goes by the artist name Imelda; her songs are all in English.

“Filipinos are losing their identity trying to be like [Koreans]. Konting (Have a bit of) pride, please?”

(No doubt Filipinos are better at speaking English than Koreans.)

(I thought the Chinese were our conquerors? I think we’re getting it wrong. We are always getting conquered.)

“So our deep-rooted American influence is fine, but when it’s Korean, hindi na pwede (it isn’t allowed)?”

Juan suggested, “[Why don’t] you celebrate the fact that us ASIANS are finally making a name for ourselves at the global stage?”

“Oh wait, or is it [because] you think white is better?”

So our deep-rooted American influence is fine, but when it's Korean, hindi na pwede? NKKLK.

Y dont you celebrate the fact that us ASIANS are finally making a name for ourselves at the global stage. Oh wait, or is it cus you think white is better?

She also said there was nothing wrong in appreciating other cultures, explaining that they can be sources of inspiration.

Habijan noted too that speaking English “is never a measure of one’s intellect and greatness.” She cited “Parasite,” the first film in non-English language to win best picture at the Oscars.

The impact of K-pop and K-dramas have been sources of discussion, especially in relation to what the local entertainment industry is offering. Director Jose Javier Reyes recently praised K-dramas for their variety of storylines compared with those of Filipino shows, which he observed have been recycling plotlines like kidnappings and being switched at birth.  /ra

Read Next
Glaiza de Castro brings relief goods to typhoon victims in Baler
EDITORS' PICK
Experience clearer calls nationwide with Smart VoLTE
Tracing app pesters MRT commuters
New Year, New Rediscoveries
Senate probe foils vaccine overpricing
Editorial: Unusual haste
Driving can be even more rewarding this New Year — here’s why
MOST READ
Duterte to firms: No franchise until you settle your accounts with gov’t
7 copassengers of UK variant patient can’t be traced
Norway advises caution in use of Pfizer vaccine for the most frail
#DefendUP trends after DND scraps agreement with UP
Follow @NGunoINQ on Twitter
Don't miss out on the latest news and information.