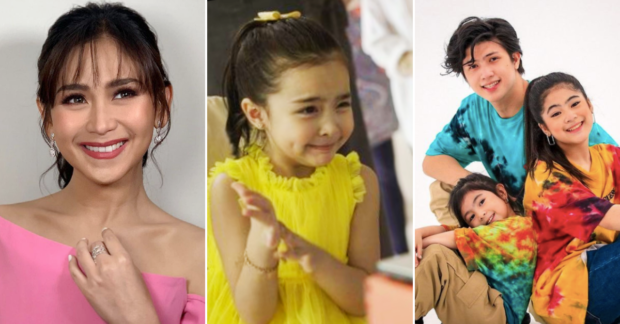 Even with a quarantine birthday, Dingdong Dantes and Marian Rivera made sure to surprise their daughter Zia as she turned 5.

“The progression of her kilig (excitement) when we made her watch the birthday greetings of her most admired media personalities,” Dantes wrote of Zia’s excited expressions on Instagram yesterday, Nov. 23. “Thanks to Mama for organizing and reaching out to them.”

A playful rainbow-themed backdrop with balloons and cartoon characters made for a cheerful sight even as Zia had an intimate celebration.

Rivera gushed about her daughter’s selfless birthday wish: “I was so touched when she told me this morning that her wish is to keep her family, friends and everyone she knows safe and for the [world] to be healed. Awww.”

After welcoming Zia in 2015, Rivera and Dantes became parents to a baby boy, Ziggy, in April 2019. The couple, known as GMA’s primetime king and queen, wed in December 2014 in a ceremony dubbed the “royal wedding.”  /ra