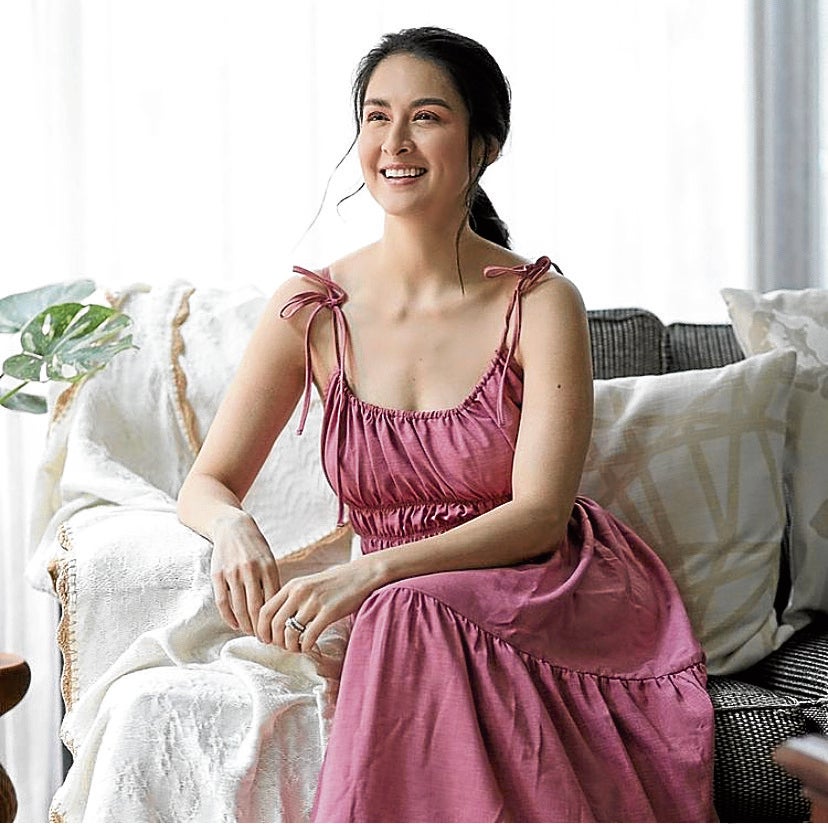 Because of the COVID-19 pandemic, Marian Rivera had to forego her initial plans of shooting three movies and a television series this year. But the extra time she has at home now has also given her an opportunity to explore unexplored artistic routes.

The GMA 7 star is set to make her theater debut via Tanghalang Ateneo’s upcoming virtual play, “password: 03d1pu5_R3x”—an adaptation of the classic “Oedipus Rex.” The production will reportedly be shown using the video app Zoom.

“I actually had second thoughts when it was offered to me by director Ron Capinding, who was a professor of Dong (Dantes, her husband) in Ateneo de Manila University. I told Dong, ‘Di ko yata kaya,’” she said in a virtual conference for “Tadhana,” a drama anthology she hosts on the Kapuso network.

But her worries eventually went away after meeting and talking with the other cast members, including Marlon Rivera, Gabe Mercado, Katski Flores and Yan Yuzon (who will play the title role).

“Ateneo, theater—I was intimidated by the idea. I was nervous and shy. I didn’t know if what I was doing was right,” she said. “But they guided me and that made me comfortable. I hope it turns out well.”

In an earlier Instagram post, coactor Katski welcomed Marian to the theater “tribe.” “This is a launching pad. Welcome to the tribe Marian Rivera! Enjoy and stay will you?” the actor-director said.

Yan, on the other hand, said he was feeling “anxious, ecstatic, thrilled” to be—among other things—working with Marian for the first time.

The musician-actor wrote on Instagram that he’s looking forward to “sharing the stage with one of our country’s greatest film and television actors in Marian Rivera-Dantes, making her first-ever steps ‘onstage’—in one of the greatest tragedies ever told.”

“I’m excited to be a student with her and everyone else in this squad, trying to learn how we might be able to bring the theater to the people in the midst of a great pandemic,” he added.